Masi: I can’t say much about the Hubert investigation 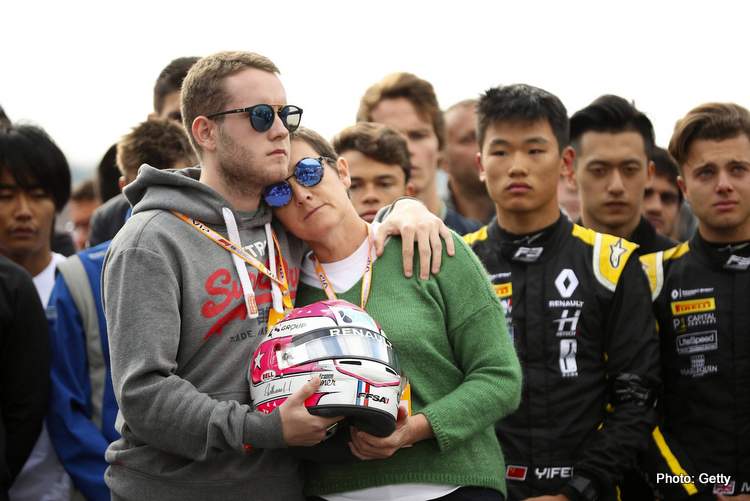 Michael Masi says he is unable to share much information about investigations into the crash that killed Formula 2 driver Anthoine Hubert at Spa-Francorchamps.

In the wake of the horror crash that also sees Juan Manuel Correa still seriously injured in a London hospital, investigations were launched by Belgian authorities and F1’s governing body.

When asked to give an update about the investigations, he said: “I can’t say much. Work is going on in several different areas, and that will take some time.

“In certain areas we are cooperating with the Belgian authorities and are obliged to comply with local laws, so we’re going through their national federation for that,” he added.

“That’s on one hand. On the other, we are talking about raising safety standards and so on. That’s all I can really say now,” added Masi.

Meanwhile Masi, former race director for Australian V8 Supercars, took over at extremely short notice following the sudden death of Charlie Whiting in Melbourne, says he has been surprised by the reaction to new approaches to wheel-to-wheel racing adopted in the top flight this season.

Under his regime, there have been several controversies based on wheel-to-wheel incidents, but now there is confusion about what is allowed on track.

In Canada, Sebastian Vettel was furious to lose his win after a clash with Lewis Hamilton, prompting a re-think. Charles Leclerc then escaped penalty for an aggressive manoeuvre, again involving Hamilton, at Monza.

“At the driving briefing, I expressed my opinion about where the boundaries of what is permitted are, and the drivers are happy to participate in that discussion,” said Masi.

“In the end, we came to a consensus but we need to keep working to establish where all these boundaries are. All the tracks are different, each incident is different, so you need to consider the specific cases separately.”

Another of Masi’s recent decisions was to resurrect the black and white flag for unsportsmanlike driving, but some believe it is actually a green light for more aggressive tactics.

“The black and white flag has always been in our arsenal,” Masi insisted. “So it’s not right to say it’s a new invention.

“Ultimately this is my first year in this position, so I need to keep working together with all the parties. Did I expect the reaction that all of this has caused? Probably not.”