#TheXtraLap: Grabbing the Bull by the Horns 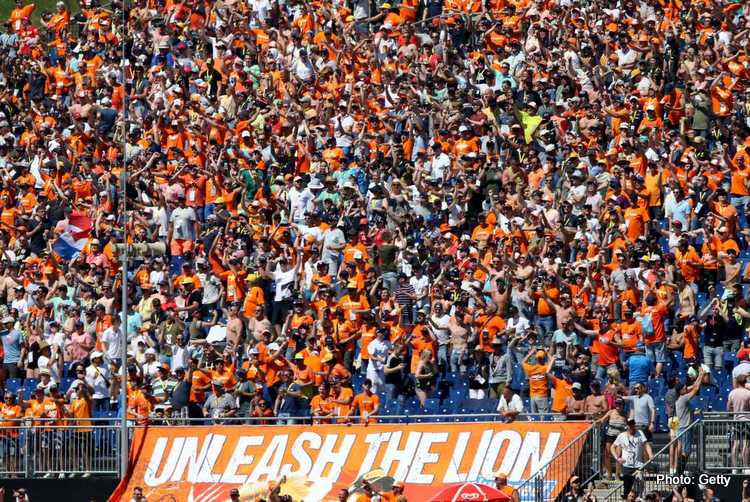 First of all, congratz to Red Bull and Honda – the Japanese manufacturer winning their first Grand Prix since Hungary 2006. – Well done and thanks to Max Verstappen for giving us fans a very exciting race after the boredom in France.

It took some hours to be finalised, but at the end, Verstappen kept his win.

The wait is over… @Max33Verstappen *officially* wins the #AustrianGP! 🏆 #F1 pic.twitter.com/lfjZ3DKc99

Verstappen grabbed his Bull by the horns

Starting P2 for Verstappen and P8 for Gasly, things were looking good until the lights went out. A crappy start from Verstappen meant both Red Bull cars were P7 and P8 after the first turn. Verstappen was on the medium tyre so could go long and make-up positions through pitstop strategy while Gasly was on the soft tyre so could set quicker lap times at the beginning.

What happened next was a sight for sore eyes as Verstappen grabbed his Bull by the horns and started pushing. First it was Norris, then Raikkonen, then Vettel, then Hamilton, then Bottas and finally it was Leclerc, and notably Verstappen made all those overtakes on track, not through pitstops.

Gasly however, had a difficult time getting passed Raikkonen and in doing so, pushed too much life out of his tyres and his race was pretty much settled to finish P7.

While Verstappen keeps showing us what he can do, Gasly really needs to pick it up as we have had race nine already and teammates get compared to each other and  Pierre just hasn’t made much progress to get any closer to his teammate Max.

By the way, since the 2018 Belgian Grand Prix, Max has had a stellar run of never finishing lower than where he started. That’s quite impressive.

#F1 Just had a quick check but @Max33Verstappen hasn’t finished lower than what he started since the #BelgianGP at @circuitspa 2018. (Except Monaco this year but that was due to a timepenalty, he finished P2 on track) @redbullracing #MsportXtra pic.twitter.com/gDOZwxxRhl

As I have mentioned before, if a Mercedes doesn’t start from the front row, they somehow have a hard time to keep up in ‘dirty air’. It was no different at Spielberg with the addition that they were struggling all weekend with the high temperatures.

However, Bottas managed to hold on to third while Hamilton couldn’t hang on and lost out to Vettel at the end to come home in 5th. Just like last year, it seems to be a one-off for the silver cars, so expect them to be back at the front at Silverstone.

20 laps to go in this #AustrianGP!

Race management in these temperatures proving tricky for both W10s. But we’re pushing to the flag! 🏁

After I read about all the new PU elements Sainz would be getting, it was obvious he needed to start from the back and it looked as if McLaren would put their focus more on Norris while trying to get Sainz towards the top ten.

Then, during the race, Sainz kept on going on his tyres and only pitted on lap 41 for a new set of hards, which meant that he had much fresher tyres than all those in front and he could push.

Meanwhile, Norris started on the softs and while everyone around him pitted for the hard tyre, he came in for a set of medium tyres. At the finish line, Norris took P6 and Sainz a tremendous P8. Congratz to McLaren for a strategy well executed.

🏁 Chequered flag at the #AustrianGP! An all-round team effort to pick up double points in Spielberg. 🤜🤛

All-in-all not bad for Ferrari

Being the only ‘frontrunners’ that decided to start on soft tyres, I expected them to have a fast first stint. With Leclerc starting from pole, I thought he would drive into the distance and with Vettel out of place in ninth and expected he would be passing cars fast and be at the front within a few of laps. Although Leclerc did what he had to do, Vettel had a harder time working his way up.

In the end, Leclerc just couldn’t hold on to the lead and Vettel, on an extra pitstop for soft tyres, managed to put in some fast laps to nab 4th from Hamilton. All in all, second and fourth wasn’t such a bad result.

With McLaren in P5, Alfa Romeo starting P6 and P7, Haas in P10 and P11, Renault P12 and P15 and the Racing Point P13 and P14, I was expecting some great battles. As soon as the race started, I was confused to see both Haas drop back so fast to a point they had to fight the Williams not to finish last.

Where Grosjean finished P16, Magnussen only managed to come home in P19. Racing Point had a lonely race and both drivers couldn’t score points. Perez finished P11 while Stroll ended where he started in P14.

Renault had some potential in the early stages of the race but towards the end, they just couldn’t push through and Ricciardo ended up P12 with Hulkenberg behind in P13.

Alfa Romeo had a much better race and although they had to balance speed with tyre-management throughout the race, the had a solid double result with Raikkonen finishing P9 and teammate Giovinazzi taking the final point in P10.

The negatives and the positives

As mentioned before, seeing Haas go backwards, it is as if they don’t bring any updates and perform on the fly. They are all over the place and not a stable factor in the midfield.

Williams show signs of improvement but with Russell starting from the pitlane and Kubica starting from P17, it was heartbreaking to see that, once again, Russell finished ahead of Kubica in P18, two laps down, while Kubica was three laps down and P20 at the finish line.

I am baffled to understand why there is such a huge difference between both drivers as their race pace wasn’t even that bad. On a positive note. McLaren clearly found their way up and Alfa Romeo did great business at the Red Bull Ring.

Fred Vasseur 💭 “I am very pleased with the work we did today. We put two cars in the points for the first time this season and we showed again we can compete towards the front of the midfield. Both Kimi and Antonio raced intelligently.” #AustrianGP pic.twitter.com/hrVLiVA8Al

MsportXtra: It was an eventful weekend on social media when grid penalties were dished out left and right. It was a hard time figuring out who started where but when that finally got settled, social media was locked and loaded for an exciting race from the moment when the lights went out.

During the race, there were a number of mentions for Russell, who did a great job. Mercedes also passed my timeline but for the wrong reasons as they weren’t dominating the race and it seemed some fans couldn’t handle that.

Of course, Verstappen got praised a lot and even the Orange Army that was present at the track, got a lot of airtime on social media.

The loyal McLaren fans got more and more excited as the race progressed but social media exploded after the finish as it became clear that the ‘incident’ between Verstappen and Leclerc would be reviewed by the stewards.

After the race, both drivers had to report to the stewards at 6pm local time but it wasn’t until 7:55 pm local time that word got out that the stewards decided to take no further action and Verstappen had officially won the #AustrianGP.