Williams: Both drivers did another good job 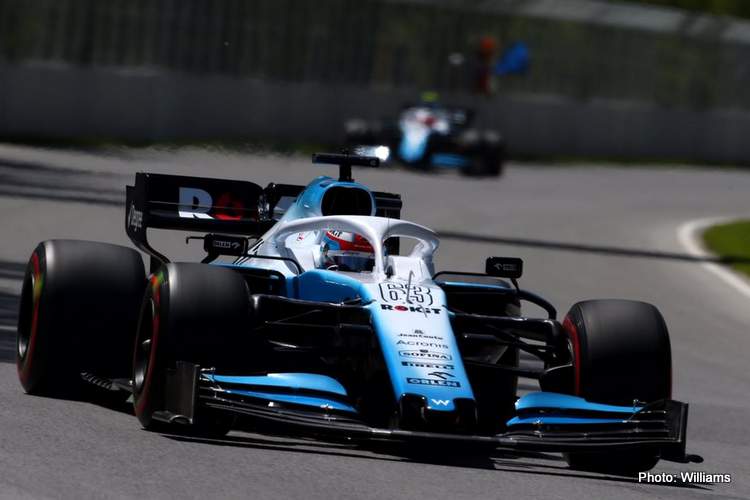 Williams report from day one of the Canadian Grand Prix weekend, Round 7 of the 2019 Formula 1 World Championship, at Circuit Gilles Villeneuve on the Île Notre-Dame in Montreal.

Dave Robson, Senior Race Engineer: “The track was in much better condition today, but it was still tricky to get the tyres in to the correct window for a qualifying lap. We worked hard overnight to improve the balance of the car and George especially was happy with the changes that were made. Robert struggled a little more in qualifying and we need to understand whether we made the best compromises on his car.”

“Overall the car is improving steadily but Montreal was always likely to make this difficult to see. Despite this, both drivers did another good job today and now we concentrate on preparing for the race tomorrow. It could be very hot on Sunday, and this may make tyre management tricky, especially on the softer tyre compounds. George completed a good long run on the Prime tyre in FP2 and so we will look to use that experience to aid us in the race.”

George Russell: “It was a positive qualifying. We maximised the package which is all we can do. I have a good feeling about the track, it has a nice flow to it and I enjoy driving here. We made a lot of set-up changes over night and it was a big improvement for the feeling of the car. We knew this track would be one of the most challenging for us, but we got the most out of it so everyone in the team should be proud.”

Robert Kubica: “I struggled with the grip and the feeling in the car. I was fighting too much with the car and struggled to focus on performance. Yesterday the overall feeling was slightly better but certainly I found it difficult to gain grip which is very strange.”