Camilleri: We sincerely apologize to Leclerc 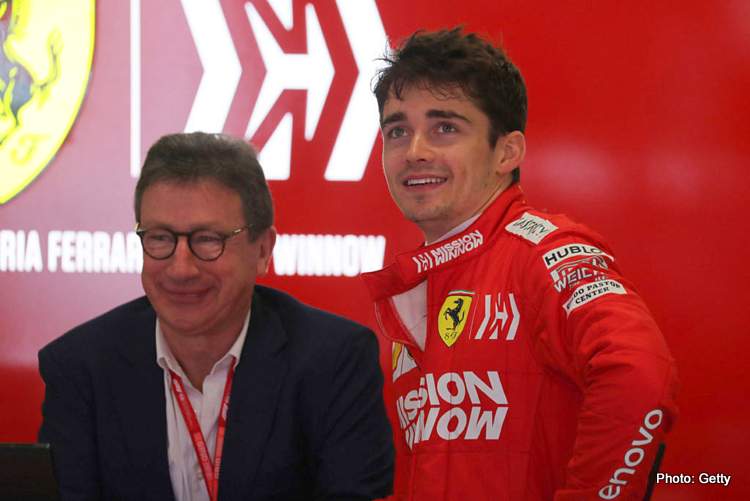 Ferrari CEO Louis Camilleri has done what few Scuderia bosses have ever done, namely apologise to a driver in red, in this instance to Charles Leclerc after the Monaco Grand Prix.

The team’s strategy blunder during qualifying confined the Monegasque to the wrong end of the grid and thus compromised his home race which ended in an early DNF and, of course, huge disappointment.

The Reds totally messed up by not sending their young driver for a second run late in Q1, erroneously believing he was safe. Leclerc even questioned the decision from within the car but, by his own admission, got no proper response from a ‘frozen’ pitwall.

Needless to say, he was left fuming and seeking answers after his team’s latest in a series of gaffes which have, until this point, cost him dearer than his teammate Sebastian Vettel.

In the wake of Ferrari again letting down Leclerc, Camilleri told Sky Italia, “We sincerely apologize to him. The general line is to not repeat blunders of that type.”

“Unfortunately, these things happen, but the important thing is not to make the same mistakes again. It was a team mistake and we figured out what didn’t work. Now we have to forget what happened and work to reduce the gap we have to Mercedes,” added Camilleri.

Ferrari trail Mercedes by 118 points in the championship, while Leclerc is fifth but already 80 points adrift of Lewis Hamilton at the top of the standings heading to round seven of the championship in Canada.

Big Question: Did Ferrari need to apologise to Charles?