The Day After: Streak Over 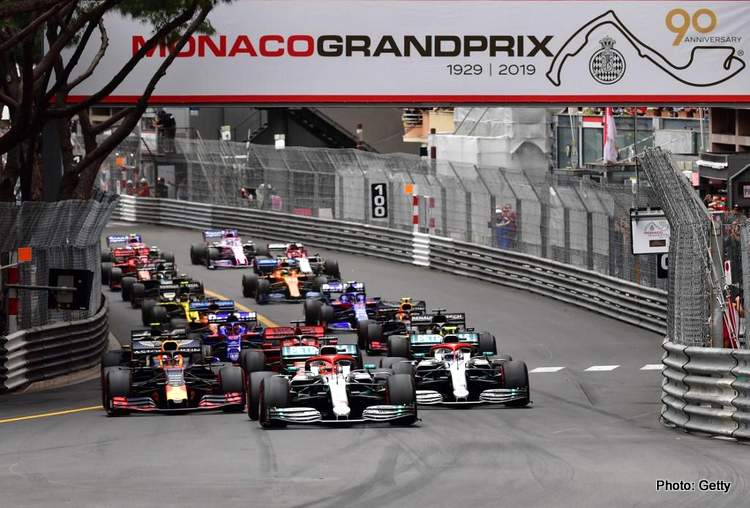 Despite his own misgivings, Lewis Hamilton managed to hang on for an emotional win at the Monaco Grand Prix, yet Mercedes’ one-two streak ended courtesy of some Max Verstappen controversy.

It’s only taken six races, but finally we have something other than a Mercedes 1-2 in the 2019 season. If you’re looking for someone to thank, try Max Verstappen and Red Bull – or as the case may be… someone to blame.

A run that ended not because another team was actually faster, but because Valtteri Bottas was mugged on his way out of the pit-lane courtesy of the Dutchman’s unsafe release, you could almost feel sorry for the five-time reigning world champions. Almost.

That said, the resultingly alien sight of Sebastian Vettel’s Ferrari wedged between Bottas and winner Lewis Hamilton wasn’t the only remarkable thing about Mercedes’ Sunday. Both in the bizarre way Hamilton won this race almost despite himself – forced to ignore his medium tyres’ cries of “enough” as his pit wall did the same to him – and in the opportunity to provide Niki Lauda an emotional send-off, this is one in the litany of Mercedes victories we’re not soon to forget.

Indeed, this year’s Monaco GP was one of the best in recent memory, but with the unique characteristics of this circuit, it’s hard not to be concerned the sights we saw today – Ferrari splitting Mercedes, a Red Bull mere tenths off the lead – will end up being a fleeting fancy. Yes, the 1-2 streak is over, but the way things are looking, come Canada we could just see the start of another.

Even with Verstappen’s 5-second penalty costing him a spot on the podium, it still didn’t sit quite right with me. Yes, I know it’s what Pascal Wehrlein got for the same offence in 2017, but it just seems light when you’re endangering drivers and mechanics in the tight confines of the Monaco pitlane, to say nothing of the stewards handing Antonio Giovinazzi 10 seconds for his own incident almost immediately after.

A very near miss with Sergio Perez and those marshals. Monaco has long been known for its trackside workers’ professionalism, but that was as amateur as anything we’ve seen in a very long time.

Congrats to Simon Pagenaud for winning a thrilling Indy 500. It’ll probably never happen, but how awesome would it be if “the greatest spectacle in racing” was still a part of the F1 world championship? A man can dream.

The winless streak may have extended on Sunday, but it’s good to see Sebastian Vettel’s banter game is still top notch.

Driver of the Day: Carlos Sainz [Note: Max Verstappen was awarded driver of the day by fans]

Finishing P6 from a P9 on the gird, the Spaniard had an absolutely brilliant overtake at the start to beat out both Toro Rosso’s, and then put a truly clutch lap to keep Daniil Kvyat from passing him with the overcut. Nice one, Darren.

Worst of the Day: Charles Leclerc

I said yesterday that Leclerc had done nothing to deserve his predicament, but that certainly doesn’t apply to Sunday. The Monegasque simply showed no prudence in racing his three-wheeled Ferrari back to the pit, looking for the first time all season like a hot-headed 21-year-old.

“That was definitely the hardest race I’ve had but nonetheless I really was fighting with the spirit of Niki… I know he will be looking down and taking his hat off. I was trying to stay focused and make him proud,” – Lewis Hamilton. You did Lewis, you certainly did.