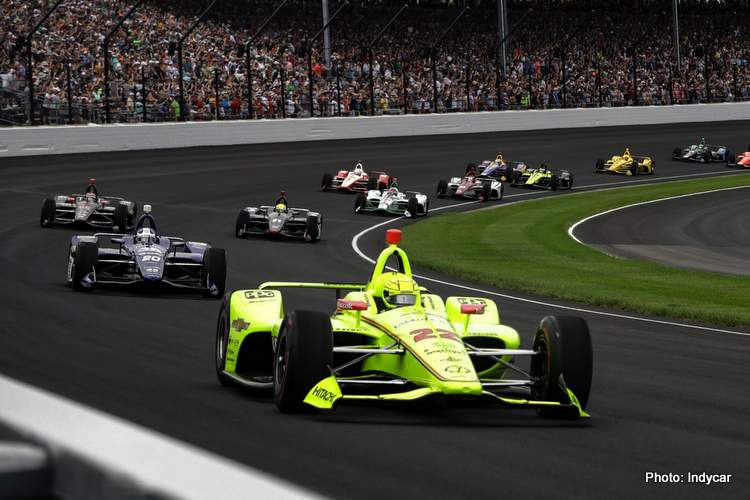 Simon Pagenaud swept the month of May at Indianapolis Motor Speedway and extended Team Penske’s Indianapolis 500 legacy in thrilling fashion, holding off Alexander Rossi to win the biggest race of them all, the 103rd Indianapolis 500 presented by Gainbridge on Sunday.

Pagenaud pushed the “22 Menards Team Penske Chevrolet across the finish line by 0.2086 of a second ahead of Rossi, the 2016 Indy 500 winner. It was Pagenaud’s first win at “The Greatest Spectacle in Racing” and extended Team Penske’s record for Indianapolis 500 victories to 18.

Bourdais, Rahal, Rosenqvist and Veach were eliminated in the incident. All of the drivers were checked and released from the IU Health Emergency Medical Center at the track, though Veach was not cleared to drive pending further examination of a right knee injury. The race was red-flagged for 18 minutes to allow the AMR IndyCar Safety Team and track workers to clean the debris.

When the race resumed on Lap 187, it became a memorable duel between Rossi, who restarted first in the “27 NAPA Auto Parts Honda, and Pagenaud. They swapped the lead five times, the last when Pagenaud made an outside move on the Californian heading into Turn 3 on the next-to-last lap.

Rossi unsuccessfully tried three times to return the favor one more time, but Pagenaud held fast to become the fourth Indy 500 winner born in France and first since Gil de Ferran in 2003.

The NTT IndyCar Series returns to action May 31-June 2 with the Chevrolet Detroit Grand Prix presented by Lear, the only doubleheader weekend on the 2019 schedule.

What a thrilling finish. You did not disappoint, @IMS. #INDYCAR // #Indy500 pic.twitter.com/0Gx9ssalKT 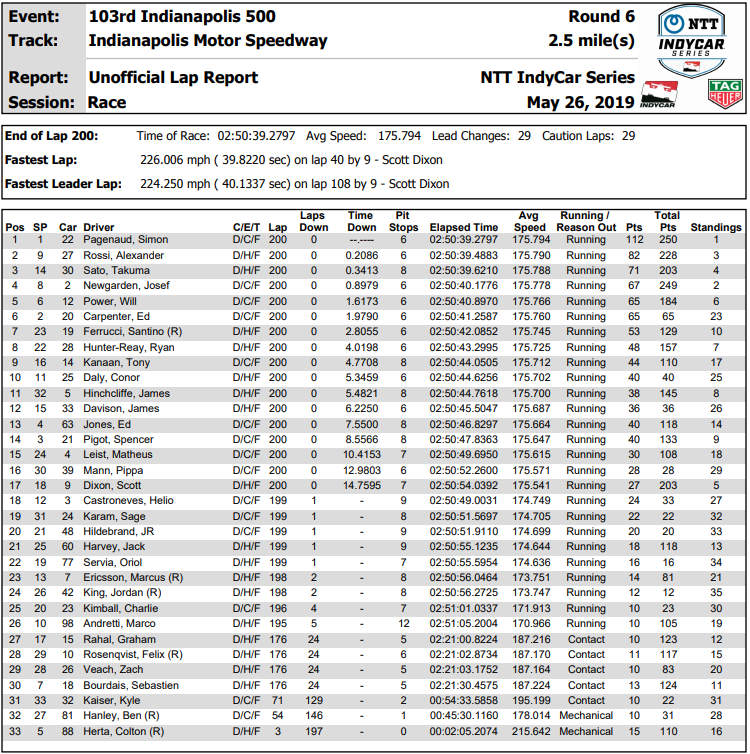 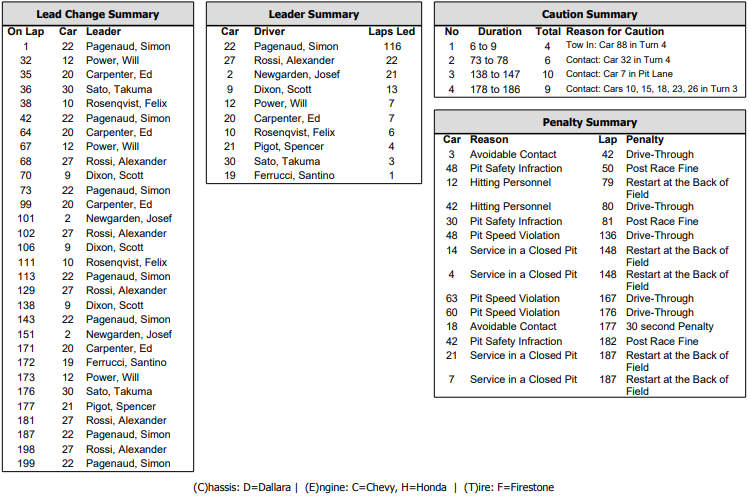