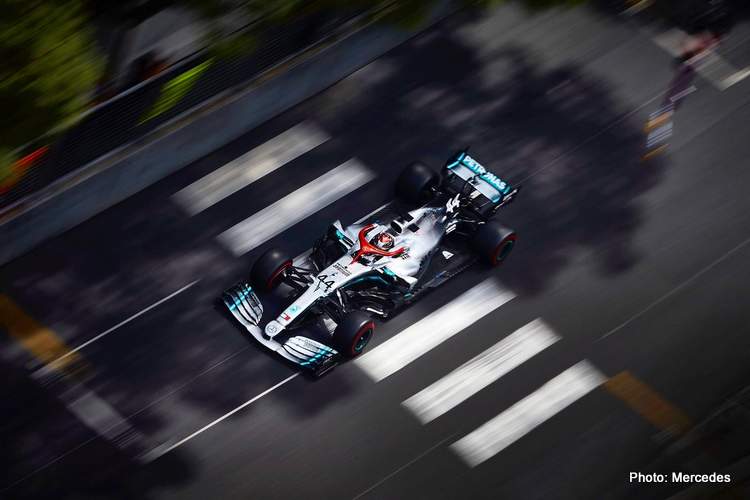 For what feels like the umpteenth time this season, Mercedes were untouchable as Ferrari made a meal of things on Saturday during qualifying for the Monaco Grand Prix.

So let’s see here: Mercedes out front? Check. Daylight behind them? Check. Ferrari finding a way to make things even worse? Check. I feel like we’ve been here before…

Indeed, on the one track where grid position matters above all others, Ferrari just had to get their sums wrong, relegating Charles Leclerc to a P15 start, while watching as Lewis Hamilton and Valtteri Bottas gave Mercedes the best possible chance of keeping their incredible streak of 1-2s going.

Really it should go without saying, but Ferrari can ill-afford this sort of screwup. This might be only the sixth race of the season, but they’re already behind Mercedes by 96 points, and perhaps even more importantly, have continued to short-change a driver in Leclerc who has done nothing to deserve his predicament. If the Scuderia wants to keep from imploding, they need a strong weekend showing – alas, it won’t be this one.

On the bright side, there still is some intrigue for Sunday courtesy of Hamilton and Bottas. The thing about Monaco is that while it’s incredibly difficult to pass, it’s also much easier to hound the man in front of you, and with just 0.086s between the Silver Arrows, that could provide us with a 78-lap long duel. Here’s hoping.

For a man who just had his hopes of a home victory crushed in particularly brutal fashion, the fact that Charles Leclerc still stopped multiple times on his way back to the paddock to sign autographs/take selfies is beyond impressive. Would’ve been completely understandable to blow everyone off, but that’s just not the sort of guy he is.

Just in case you haven’t seen it, here is the uncensored version of Romain Grosjean’s reaction to being blocked by Pierre Gasly. Guenther Steiner would be proud!

For a team that came in wanting to “fight for points”, qualy could hardly have gone worse for Racing Point, with neither car making it out of Q1. Making matters worse, Haas should leapfrog them in the standings if Kevin Magnussen delivers from P5 on Sunday.