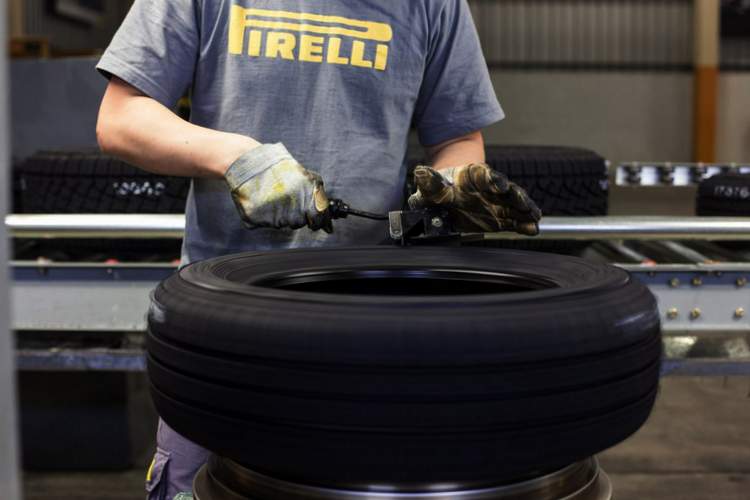 Pirelli have announced the tyre choices made by different teams for the Bahrain Grand Prix weekend from 29 to 31 March in Sakhir.

During the race weekend on the Bahrain International Circuit, the teams have at their disposal the three hardest compounds, those are the C1, C2 and the C3. The C1 (the hardest compound) is the white striped tyre, while the C2 (medium) and the C3 (soft) are respectively yellow and red striped.

Both drivers of Mercedes, Ferrari and Max Verstappen as well, have all made the same tyre selection for the race, which will take place under artificial light. These gentlemen have opted for nine sets of the soft compound, three sets of the mediums and one set of the hard compound tyre.

McLaren and Williams have both chosen a more reserved approach and have selected eight sets of the softest tyre compound.

Nico Hülkenberg and both Scuderia Toro Rosso-drivers are on the attack as they have opted to run on no less than ten sets of the soft compound, two sets of the mediums and just one set of the hardest compound. 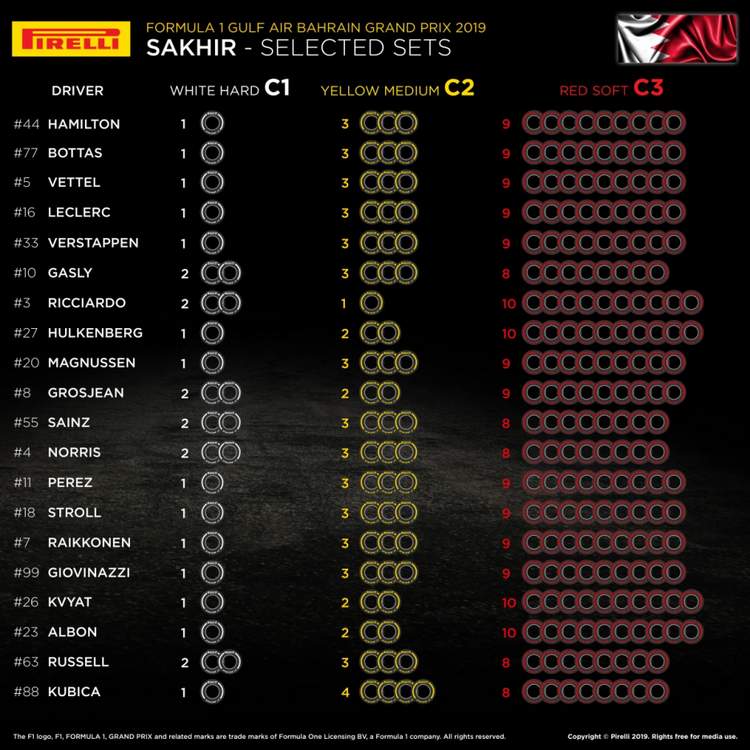