Finally, 82 days since Formula 1 engines were switched off since the final day of Abu Dhabi testing in late November last year, its back to the track for our teams and drivers as they begin the first of eight days of preseason testing at Circuit de Catalunya in Barcelona.

Nine teams will be out on track today, as Williams sit out the first day as they rush to get the car ready for day two of proceedings.

Nevertheless, 11 drivers will sample their new kit today as Mercedes and Renault run both their drivers, while their rivals stick to one on the day.

We will be monitoring proceedings live on F1TV, we will report news as and when it develops at the Spanish Grand Prix venue.

We will provide a summary report at the end of the morning session, followed by a daily wrap, team and driver quotes, times, photos etc in an effort to keep our readers connected and informed throughout testing.

Schedule for testing duty in Spain, from 18 to 21 February:

Testing begins on Monday morning and runs for four days at the Spanish Grand Prix venue, all-day-long sessions will be televised live on F1TV Pro.

F1 report on the official website: You can watch live coverage of week 1 of pre-season testing on F1 TV. Formula1.com will also be providing extensive live coverage from Barcelona, including a daily live blog, breaking news and video content and live timing. 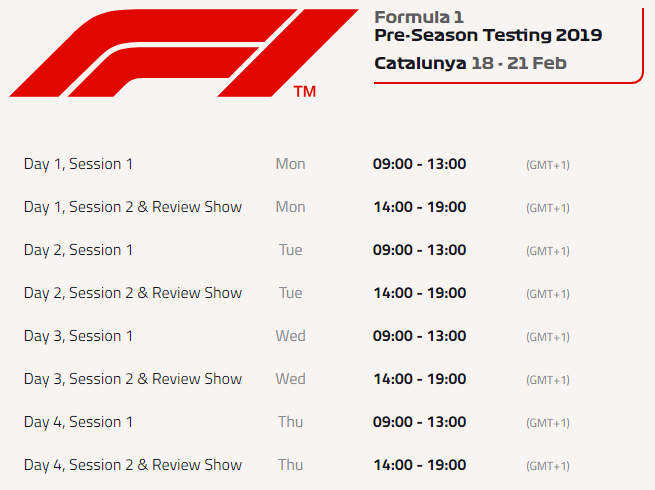