Kubica: Will I be in a Williams next year? I hope… 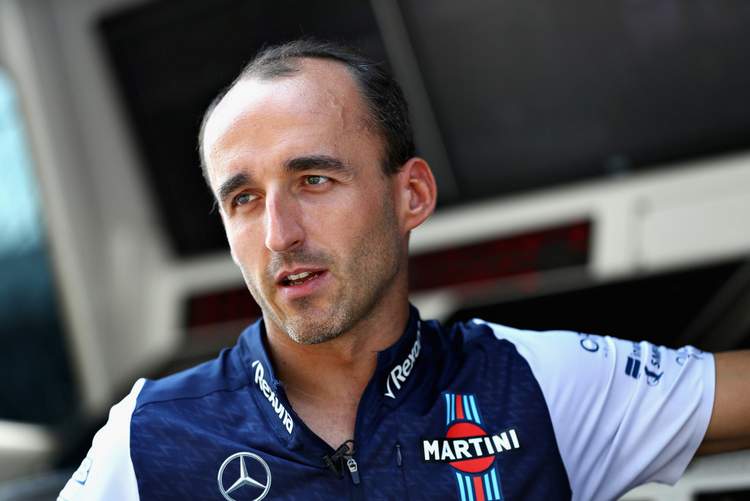 Reports in Poland and Germany have Robert Kubica driving for Williams next year, but as yet nothing is confirmed with the 33-year-old teasing but not announcing any deal yet, while certain elements of the media are questioning if indeed this is the case.

Word is Kubica has secured the funding through PKN Orlen, a Polish oil company, required to pay for the seat next season.

Speaking to Sport.pl, at a symposium in Gniewino, Kubica revealed cryptically, “I have made my decision. Will I be in a Williams next year? I hope. There are only two teams that officially have places next year, and I will definitely not go to Toro Rosso.”

Kubica faces stern competition for the seat which by all accounts will go to the highest bidder or the driver who can fill the financial requirements for the seat which is said to be going for anything between $12-million and $15-million.

Williams have opted for the youthful talents of George Russell next season and with regards to the second driver deputy team chief Claire Williams said last month, “We have a shortlist and Robert is on it, as are several other talented drivers.”

“Robert did a great job for the team this year, and he would be a fantastic teammate for George. But we are not yet ready to make a final decision,” she explained.

Kubica continued, “The period is very tense with many things happening. It is not like me or other people are having fun and do not want to announce what is decided.

“Everyone has to make their decisions. I openly said that I was approaching my decisions with a deadline, and I have already taken it.

“I will not say it so as not to create strange consequences, but I think that now we should find out very quickly what happens next with me.

Meanwhile respected F1 journalist Joe Saward wrote on his blog, “The German media seems to think that the Williams drive will go to Robert Kubica but I don’t see why there is any rush for Williams to do anything and one has to ask whether it is wise to sign a driver who has not done a season of circuit racing since an accident that nearly killed him in February 2011.”

“If he does race in 2019 he will instantly become the second oldest person on the grid. Yes, money is important and Robert may be quite capable of racing for Williams, but is he really a better choice for the team than Esteban Ocon, one of the brightest young hopes of F1?” added Saward.

Big Question: Is Robert the driver Williams needs for next year to partner Russell?