Marciello: Leclerc will beat Vettel from day one 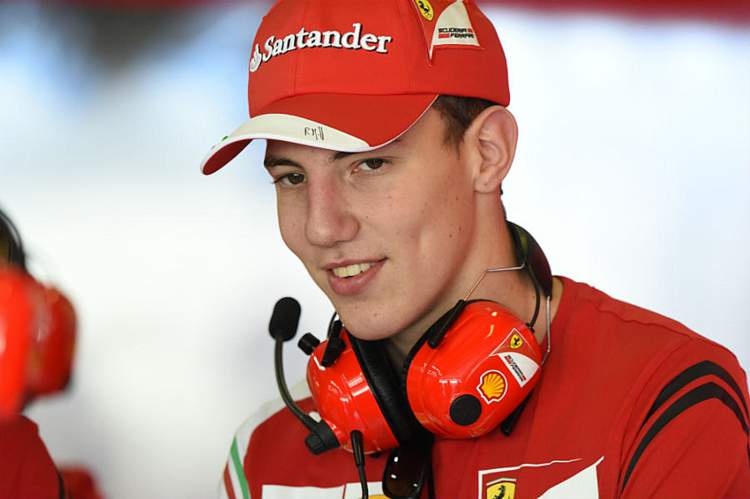 Charles Leclerc maybe the standout rookie of the season so far, but next year pressure will be on the youngster to deliver for the sport’s most iconic team where he will be up against four times Formula 1 World Champion Sebastian Vettel.

But his former Ferrari Drivers Academy colleague and Formula 2 rival Raffaele Marciello believes Leclerc will beat Vettel when the two are teammates at Maranello next year.

The Tweet referencing the 2014 season, the first year of the hybrid turbo era in which Vettel was well beaten by Daniel Ricciardo who had just joined the team from Toro Rosso.

When asked by Formula Passion if the Tweet was genuine, the 23-year-old Italian driver replied, “Yes, I confirm it 100%. I have never rated Vettel at the level of Hamilton, Alonso or even Kubica.”

“And I am convinced that when Charles arrives at Ferrari, he will be able to beat him right away. I think that if Ferrari does not win the world title this year, it will be Sebastian’s responsibility.”

“In the years of the Red Bull titles he had Mark Webber behind him, not a champion. And their car was much better than all the others…”

Was he suggesting that Ricciardo is better than Vettel? “Yes, and in the end, we saw it on track. Then, of course, one could argue and say that the car of that year [RB10] was more suited to the characteristics of Daniel rather than those of Sebastian, but we can say what we want: a true champion must always know how to adapt.”

Since his arrival at Ferrari in 2015, Vettel has generally had the upper hand over Kimi Raikkonen but that does not impress Marciello, “The comparison with Raikkonen is not very reliable. When I drove during testing in Abu Dhabi in 2014, I was seven-tenths faster than Kimi, but those seven-tenths did not mean I was stronger than him.”

“Simply, I had a great desire to get on track and push to the limit, Kimi maybe has lost this type of motivation. A good comparison can be made using Fernando [Alonso], who was always in front of Raikkonen.”

“Sure, it is true that Vettel also beats Kimi, but not always and anyway the gap between them is less.”

On a roll, Marciello continued, “If we do the maths, if we remove the two or three mistakes that Vettel has committed this season, it is not so difficult to find the 40 points that now separate him from Hamilton.”

“Then it is clear that the pitwall has made some bad strategy calls, but more or less the same has happened with Mercedes. In any case, it is the driver who drives the car and it is the driver who can, for example, ask to stay out because his tyres are still in good condition,” added the 23-year-old Italian.

Meanwhile, Leclerc’s manager Nicolas Todt is playing down the impact his charge will have when he dons the legendary red overalls next season.

“Driving for Ferrari is a special thing, you have additional pressure, and it’s very important from him to try to release this kind of pressure. It will be very difficult, but Charles will do his best.

“He is a fighter, he wants to achieve the best possible result. A first year in a top team he will have to learn, alongside someone like Vettel, who is so experienced,” added Todt, whose father Jean Todt is FIA president.