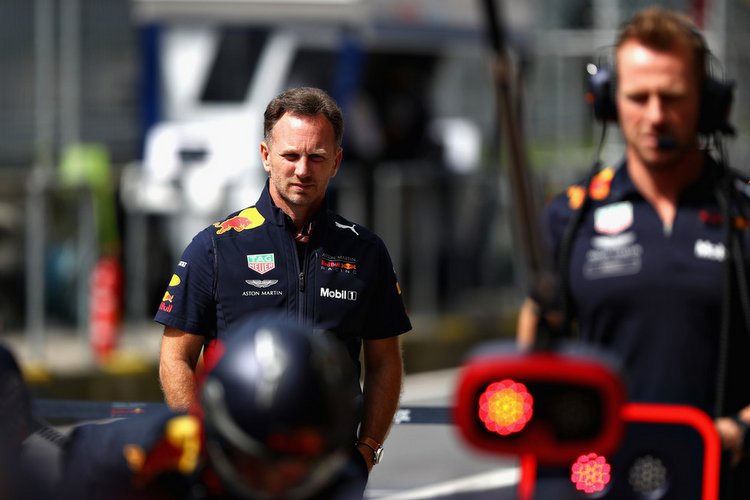 In the past Red Bull’s frustration with their soon to be ex-engine partner Renault has bubbled over on occasions and made headlines, in the wake of a dismal British Grand Prix weekend for the engine supplier criticism is free-flowing with team chief Christian Horner taking a fresh swipe at the French manufacturer.

Renault powered drivers were comprehensively outpaced at the high-speed venue. In qualifying, Carlos Sainz and Stoffel Vandoorne were early Q1 casualties the latter over two seconds off the pace.

Q2 victims Nico Hulkenberg and Fernando Alonso were 11th and 13th respectively, while the Red Bulls were fifth and sixth, with Max Verstappen seven tenths shy of the top time and Daniel Ricciardo a further four-tenths adrift.

Horner has no doubts where the problem lies, “You can see the situation between the engines is very similar at the moment, and it is all about the potential development. This weekend has been a very tough weekend for Renault. It just very clearly defines where the level is at.”

“You can’t hide behind the statistics we saw this weekend. There is a gap to fill and, hopefully, in Honda we have a lot of belief what they have coming in the pipeline.”

On Sunday at Silverstone, Red Bull simply did not have the power on tap for their drivers to mount an attack on the top two teams let alone think of a podium on a day that their rivals were simply in another horsepower league.

Horner explained, “We were just hugely exposed in both defence and attack. You could see at the restart with Kimi, it was a bit like Mexico 2015 that the amount of additional power, and then at the second restart he had a moment at Stowe, and was still all over Max in turns two, three.”

“Unfortunately for Daniel, he just couldn’t attack Valtteri whilst having a superior tire and grip and performance, he just couldn’t… even with the DRS open, we were still dropping back. You look at the percentage that we’re off, it relates to about a seven percent delta in power around this circuit, and on our vision that is about what we saw.”

“The problem with Silverstone now is that it’s such a wide-open throttle circuit, You’re talking 82 percent in qualifying full throttle, so corners like Copse, Becketts, Stowe, they’re not quite the challenge that they were in these cars because everybody’s flat through Copse now. So it’s just top speed.”

“So it’s made it much more power-centric, because where you really need the power is where you put the steering lock onto the car and you start scrubbing from the car – that’s when power really kicks in,” added Horner.