Have Verstappen and Ricciardo seriously wisened up? 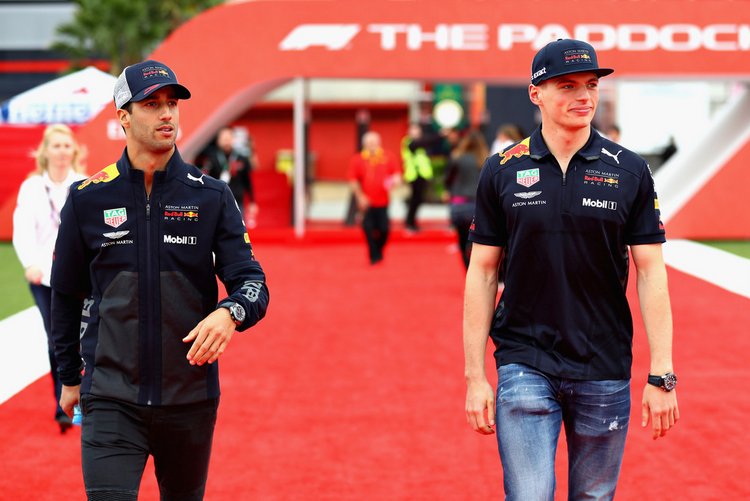 Red Bull teammates Daniel Ricciardo and Max Verstappen will remain free to race each other despite their Azerbaijan Grand Prix collision, but both expect Red Bull to step in if the situation looks like overheating in future and for now there is clearly a truce between the pair – the question is how long will it last?

Speaking to reporters ahead of the Spanish Grand Prix weekend, the Australian and his 20-year-old Dutch teammate said there had been a lot of discussions to clear the air between all parties back at the factory.

Ricciardo explained, “I think if it got to that point again where there’s banging wheels and stuff, especially if the car’s faster behind, then you’d probably expect at some point they’d go: Let’s swap cars and release one of them. There’s no guarantee but that was one thing we certainly talked about.”

Ricciardo smashed into the back of Verstappen’s car while attempting to pass in the race two weeks ago. Both retired on the spot. They had banged wheels before then and the eventual accident came as little surprise.

Red Bull principal Christian Horner refused to blame one driver over the other at the time and said both were “in the doghouse”.

Verstappen said relations between the drivers, who get on well, remained good, “We have a lot of respect for each other and we realise that it was a mistake. There are no bad feelings at all, two or three millimetres more margin in future.”

Asked about so-called team orders being applied, Verstappen — who is seen as the team’s future and, unlike Ricciardo, has a long-term contract — indicated that would depend on the particular circumstances.

“Maybe if it’s like Baku again, I think at one point the team will say: OK, maybe calm down a bit and just follow each other the last few laps. I don’t know. But I think in general they still trust us and we also understand we don’t want that to happen again.”

Ricciardo, a winner in China last month, said it was not just about the drivers, “Obviously we are the drivers; we created, in the end, the incident. But it was an accumulation of events and it was important to address all areas.”

“I don’t think it was just us in that moment. There was a build-up and maybe a way that we could have responded better, whether it was releasing a car or something. A lot of things we talked about.”

Both drivers were reprimanded by stewards after the race and Ricciardo accepted that, “I don’t feel guilty but I understand what they needed to do. In the end, I have no problem with that.”

For now, it appears that there is peace in the Red Bull camp, how long the lasts only time will tell. Meanwhile, the team are also well versed in attempting to manage feuding teammates thanks to the years when Sebastian Vettel and Mark Webber shared pit garages.

Big Question: Have Verstappen and Ricciardo seriously wisened up?