Marko: Max overdid it by trying to overtake Vettel 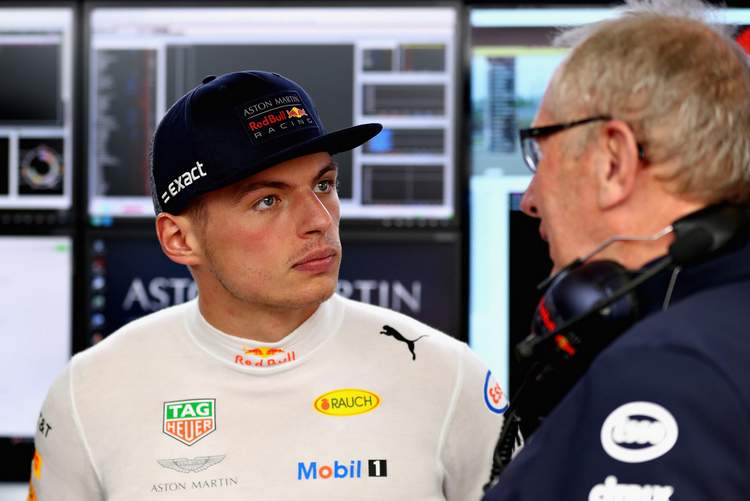 Max Verstappen has copped a great deal of criticism for his impetuous tactics during the Chinese Grand Prix which almost certainly cost the Red Bull driver victory and even his mentor Helmut Marko acknowledged that his driver went over the top on the day.

Verstappen and teammate Daniel Ricciardo were big beneficiaries of a shrewd and timely pitstop for fresh Pirelli soft tyres during a safety car period just after mid-race distance.

While Ricciardo made the most of advantage he had by delivering a superb drive that led to victory while Verstappen, who was ahead of his teammate for most of the race, tripped himself up with some questionable moves.

First, he tangled with Lewis Hamilton by trying to go around the Mercedes through Turn-7. The Red Bull driver lost time as he was forced to drive off-circuit and came off second best.

Then on lap 43, while on a charge Verstappen clattered into Sebastian Vettel’s Ferrari at the hairpin. The young Dutchman recovered but by then any hope of a podium, let alone a victory, evaporated.

In the end, he had to settle for fourth place which later became fifth after he received a 10-second penalty for his role in the incident.

After the race, Marko told Movistar, “Max overdid it by trying to overtake Vettel. It was a mistake from him. That can happen in racing. He apologised.”

Asked what advice he proffered their young hotheaded star after the race, Marko said, “I told him that his time will come. He just shouldn’t overdo it. He knows what he lost.”

“There was a victory for him on the table, but he gave it away. But still, it was a very good drive from both our drivers. He 19 or 20, he’s bloody young, and it can happen,” explained the Red Bull consultant.

#F1 #ChineseGp 🇨🇳
Here the contact between #Verstappen and #Vettel…not a clever move for the dutch that compromises the race of both
🎥@F1 pic.twitter.com/YXRhDrCpq9