Inside Line: Why no smiling Finnish faces on the Shanghai podium? 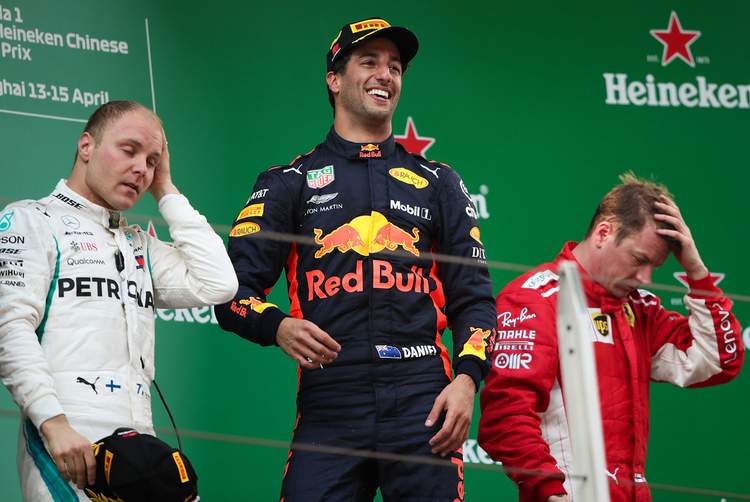 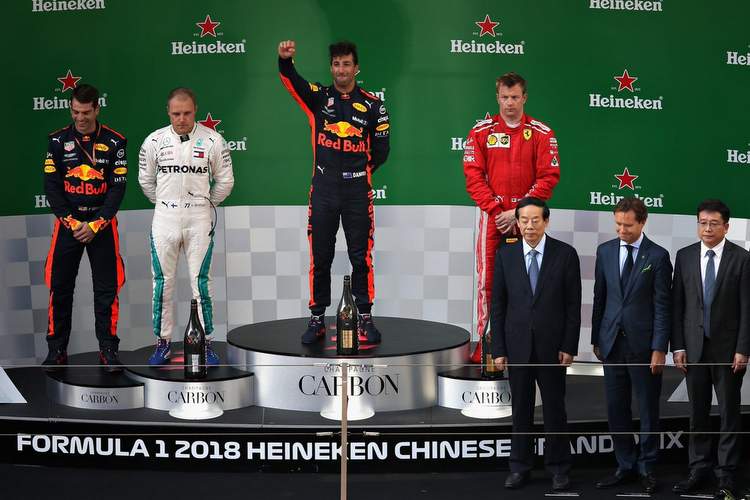 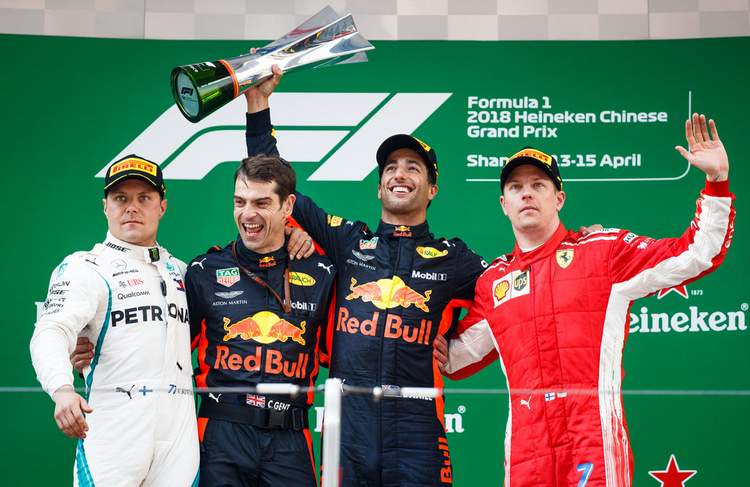 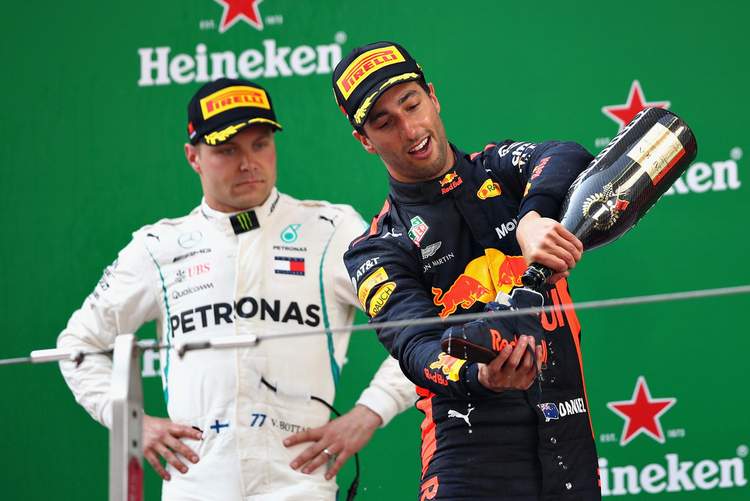 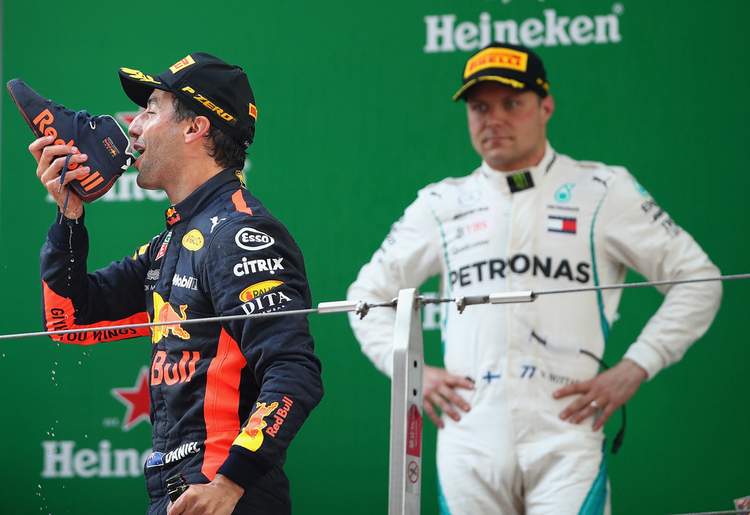 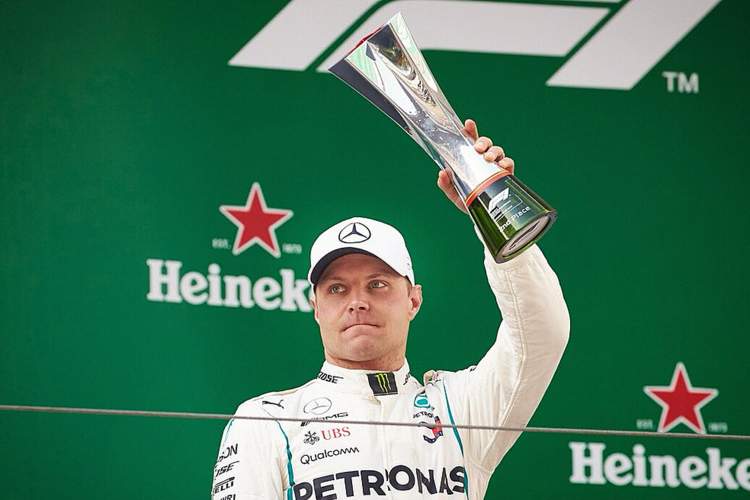 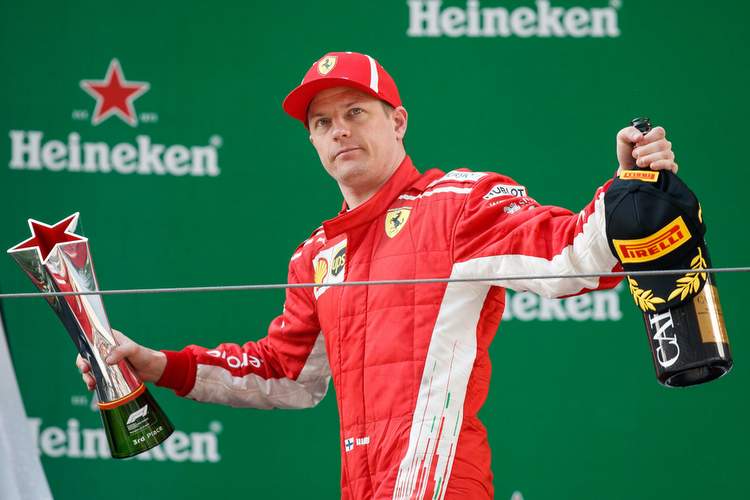 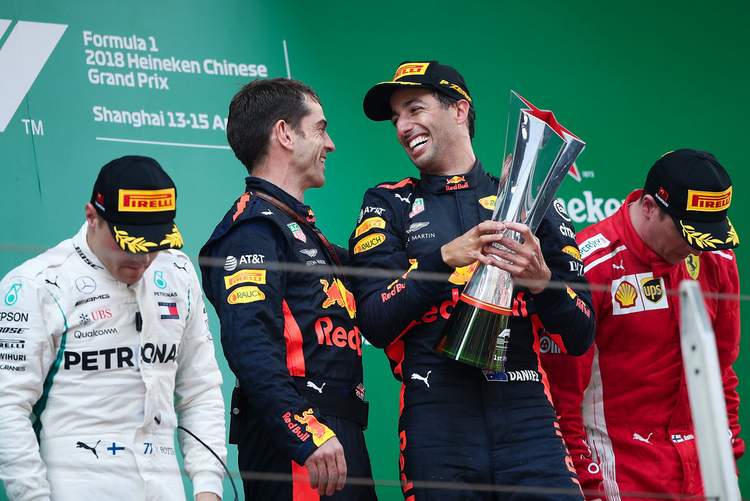 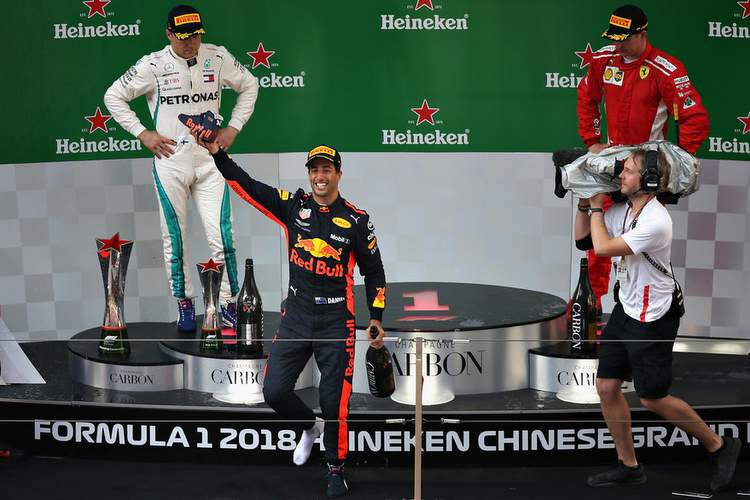 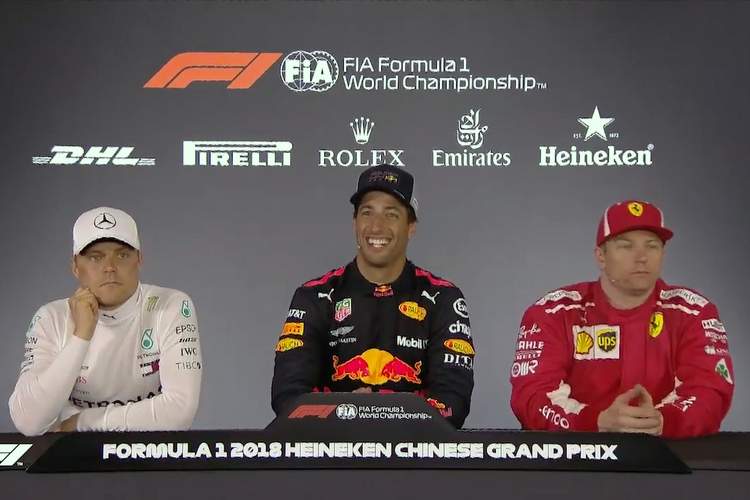 Daniel Ricciardo’s infectious joy after winning the Chinese Grand Prix was plain and obvious for all to see on the podium, in stark contrast to the grim-faced Finnish duo with him up there.

Kimi Raikkonen and Valtteri Bottas struggled to crack a smile as they ‘celebrated’ – however in retrospect and under the circumstances, their collective morose demeanour came as no surprise…

Ricciardo scored a remarkable win on the day as he powered from sixth on the grid, taking great advantage of a safety car period, and went on to win in a manner which few of us will forget.

Against all the odds he single-handedly took apart the favourites Ferrari and Mercedes in the process, making light work of both Raikkonen and Bottas in his charge to the top step of the podium.

It is well known that the popular Aussie is out of contract this year and although Red Bull are keen to keep him, there are other prospects for him and in the aftermath of his stellar performance in Shanghai, he will have seen his shares shoot through the roof.

Right now with Red Bull, Ricciardo is in one of the top three teams in Formula 1 and the only offers that he will consider are from either Ferrari or Mercedes. Indeed he has been linked with both teams for some time now.

Hence it came as no surprise that while Ricciardo gulped down a trademark ‘shoey’ and cavorted on the podium, Ferrari driver Raikkonen and Mercedes’ Bottas were worried, and would be excused from quietly wondering: Is this guy going to replace me in my team?

Raikkonen and Bottas are both on a one year contract and if either of their teams intends to eject them, Ricciardo is most likely to be the chosen one that replaces them.

After a season, last year, when he was comprehensively beaten by his world champion teammate Lewis Hamilton, Bottas has done a solid job so far this year. Although in Melbourne, Hamilton trounced him in qualy and the race, the Finn bounced back to outqualify and beat the Briton in Bahrain and China.

But doubts linger with regards to Bottas. Many, including his peers, believe he could have attacked Vettel on the last lap of the race in Bahrain to go for the win but instead, he had a feeble stab on the final lap before meekly settling for second place.

Despite his strong pace, there is still the nagging perception that the quiet Finn does not possess the vital killer extinct that separates champions from journeymen.

With the month of May set as the deadline for Ricciardo to make a definitive call on his future, Bottas has only a few races to cement his place with the Silver Arrows and convince his paymasters that he is the man for the job… long term.

On the other hand for Raikkonen, this may well be his last year in Formula 1. But have we not been saying the same thing for the past half a dozen seasons?

He will be 39-years-old in October this year and is thus no spring-chicken. The facts are that he last won a grand prix in Australia back in 2013 and right now he is clearly number two at Ferrari.

The way he was manipulated during the Chinese Grand Prix to the benefit of teammate Sebastian Vettel was there for all to see and as blatant as it gets. We all know it was not the first time that the pawn had to make way for the king…

Granted the Iceman still has handy pace in him, as he demonstrated in Shanghai, but the truth is that when it matters (qualy and race) Vettel has an edge on his veteran teammate.

At the same time, this arrangement suits Ferrari and Vettel, after all this is the model that brought so much glory to Maranello during the team’s Michael Schumacher era. Namely, a star driver backed up by a subservient teammate.

One could also argue that Maurizio Arrivabene, a big fan of Raikkonen, will retain the Finn beyond 2018, especially if the Reds can win the constructors’ championship or the drivers’ title with Vettel this year.

But what needs to be asked is whether Kimi himself is up to being a number two – the pawn – for yet another season?

A good question because he still remains one of the most popular drivers in the sport. Cheers for him on the Shanghai podium were the loudest and duly incited a wave and grimace from Raikkonen. His star value is as bright as ever and let’s not forget he is the one who bagged the Scuderia’s last title back in 2007.

However, emotions aside (possible at Maranello?) Ferrari may well decide that it is time to have two drivers capable of winning in their team and without doubt Ricciardo is on their radar.

Vettel is reportedly happy to reunite with his former teammate who, incidentally, beat him when they were Red Bull teammates in 2014.

So if after the race you asked: Why no smiling Finnish faces on the Shanghai podium?

Answer: Because the Honey Badger shone so bright on the day that for sure their respective team bosses sat up and took note, as we all did.

If I was to hazard a guess with regards to where Ricciardo will end up next year, I would say that everything points to the Australian, of Italian origin, racing in the hallowed red of Ferrari. Afterall that’s where every driver would love to race at some point in their career.

For Ricciardo, the prospect gets increasingly realistic and performances like we saw in China on Sunday will only make him more irresistible to the top teams. Maybe now the tug-o-war for Ricciardo’s services has begun in earnest… watch this space because the Silly Season is upon us very early in the year!

Big Question: Where will Daniel end up next year at Ferrari, Mercedes or remain at Red Bull?