Vettel: I don’t mind if Ricciardo and I are teammates again 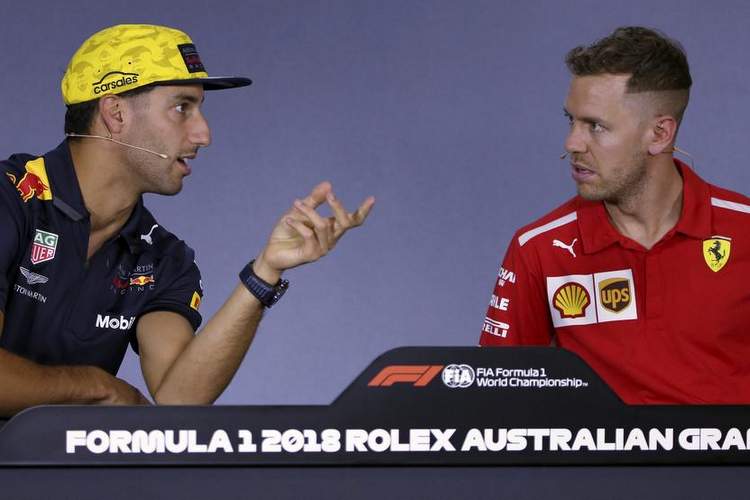 Daniel Ricciardo has a door open at Ferrari should he decide to depart Red Bull at the end of this season when his contract runs out, the supposed stumbling block – Sebastian Vettel – would not mind if the Australian replaces Kimi Raikkonen in the legendary team.

In Melbourne, Vettel trashed the myth that he would not welcome Ricciardo to the Italian team because the pair have history, the one and only year they were teammates at Red Bull in 2014 the Aussie got the better of the German.

Ricciardo has yet to ink an extension to his deal with Red Bul, while his teammate committed with the team until the end of 2020. A move by him to Ferrari has been a constant source of speculation over the past couple of years, while a Mercedes that has emerged more recently is an option for him that might not be as far-fetched as it seems.

When asked ahead of the race weekend in Melbourne if he would accept Ricciardo at Maranello, Vettel replied, “We had one year together which wasn’t great for me, it was great for him. But anyways, I think we get along so I wouldn’t mind if we get together again in the future but I don’t know what his plan…”

Ricciardo acknowledged the input from Vettel during the drivers’ press conference, and said, “As Seb said, take my time and then see what happens in… ask me in six months time.”

Big Question: Would Daniel and Seb as teammates work at Ferrari?