Raikkonen: We stayed out very long…. 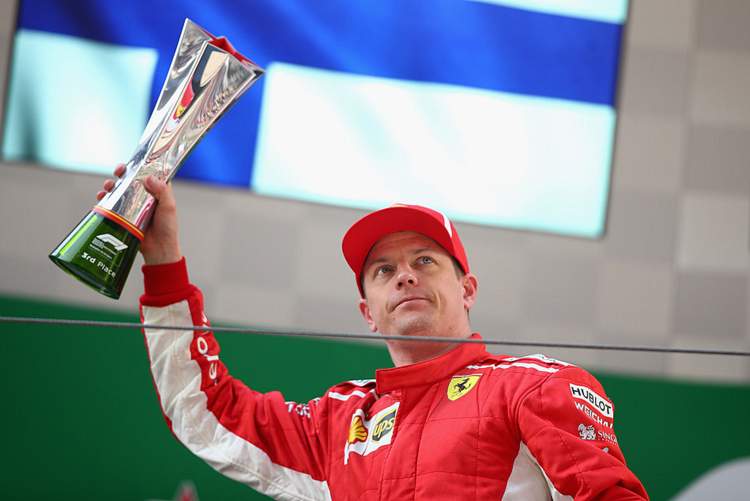 Any doubts remaining that Kimi Raikkonen is the number two at Ferrari were dispelled during the Chinese Grand Prix as the Finn was used by his team as a pawn to help his teammate Sebastian Vettel in his failed effort to win the race in Shanghai.

The Reds pitted race leader Vettel on lap 20 in response to an undercut pitstop by Valtteri Bottas in second place at the time. The Mercedes driver emerged ahead of Vettel and behind Raikkonen who led.

Ferrari kept their 2007 world champion out to back Bottas into Vettel and when the German was tucked under the Mercedes rear wing, Raikkonen hopped out of his way to hand him P2.

Fortunately for the Finn, Karma had a say on the day, when the dust had settled Vettel was down in eighth while Raikkonen had salvaged third place when even his team colluded against him.

Raikkonen spoke after the race:

Kimi Raikkonen: Tell us about your race…
“We made a good start and then blocked a bit and passed in the first corners. We stayed out very long… but had a bit of luck with the Safety Car. In the end we needed the soft tyres to really go for it. I got close to Valtteri but it is so difficult to follow people.”

Can we get your thoughts on the pecking order now? Because Ferrari were so quick in qualifying yesterday, yet here you are in third place….
KR: It’s very hard to say. I think if you ask anybody, it’s a bit tricky to give you an answer. I think today a lot of the end results depended on whether you had better tyres than others, when you could offset yourself to the others. Obviously, it’s part of the game. A big part of the game. And here it made a big difference. And the safety car playing in there. So, like pure speed, with everybody on the same tyres…it’s difficult, very difficult to say in a race. I think it’s nice like that, for everybody to watch, because nobody really knows, everybody would love to know, nobody really has because it changes from race to race. And such a small difference makes a big difference in the end results. I think you just have to wait and see. I think it might change from race to race and who runs what tyres.