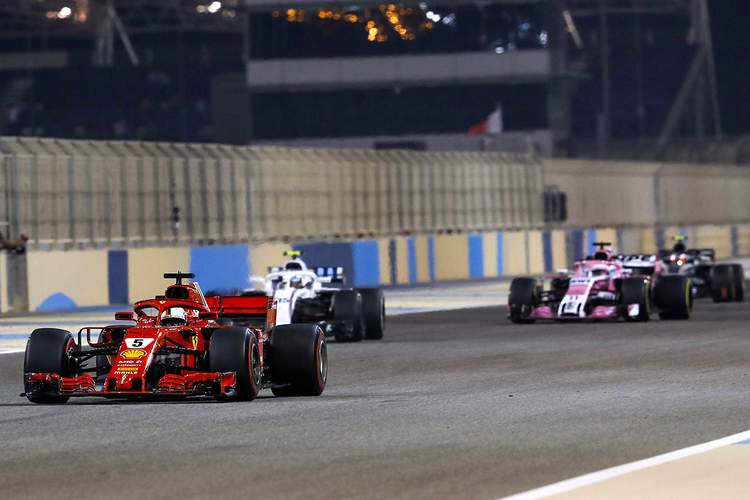 The FIA have released the starting grid for the 2018 Bahrain Grand Prix, Ferrari locking out the front row with Sebastian Vettel in the top spot and Kimi Raikkonen beside him in second.

It’s the German’s 51st pole position start in Formula 1 and in the race he will be looking to win for a fourth time at the desert venue, adding to his triumphs in 2012 and 2013 with Red Bull and last year with Ferrari.

Lewis Hamilton who qualified fourth will line his Mercedes up in ninth place as a result of a five-place grid penalty incurred by a gearbox replacement.

Red Bull driver Max Verstappen, who crashed out in Q1, did enough with his one timed lap to secure 15th on the grid. 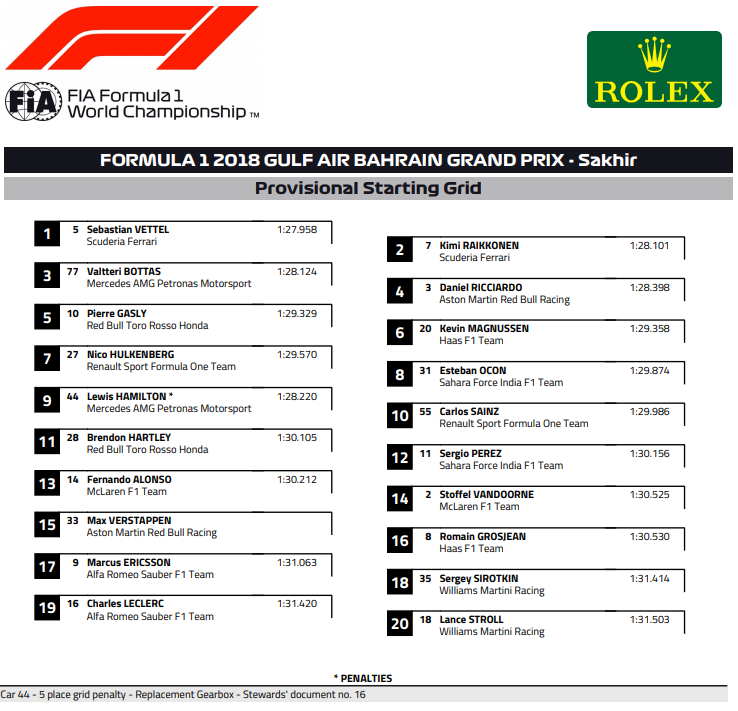 Tyres available for the race: 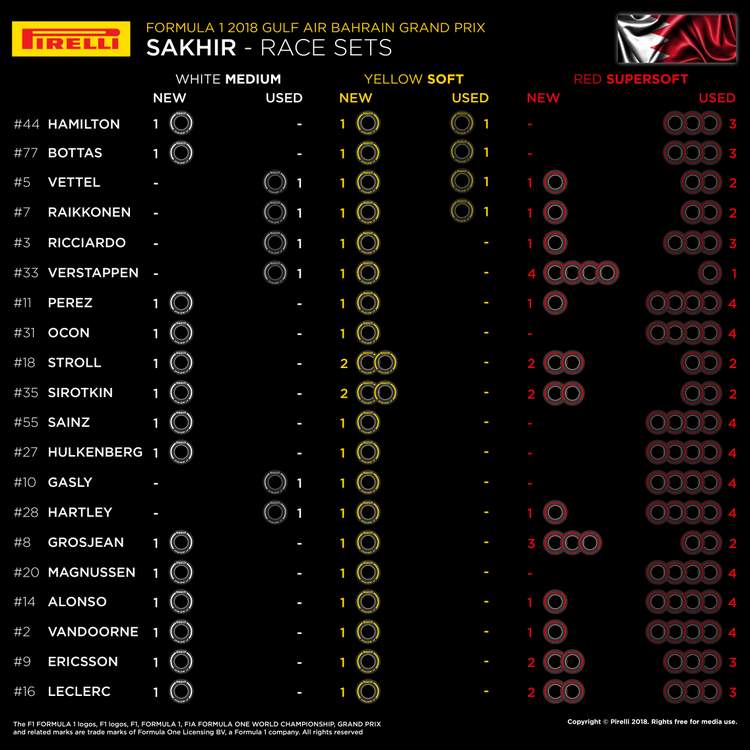