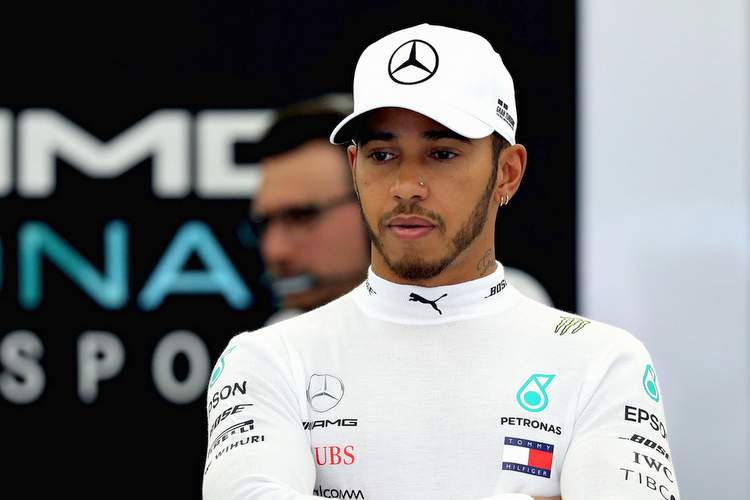 Mercedes driver Lewis Hamilton will take a five-place grid penalty for Sunday’s Bahrain Grand Prix following a gearbox change on his car late on Friday in another early season setback for the world champion.

Lewis Hamilton will have to do what no Formula One driver has ever done to win Sunday’s Bahrain Grand Prix after an unscheduled gearbox change left the Mercedes driver facing a five-place grid penalty.

While the four-times world champion cannot now start on the front two rows, the floodlit race at Sakhir has never been won by anyone starting lower than fourth since it was first held in 2004.

A Mercedes spokesman confirmed Hamilton would have a new gearbox for final practice and qualifying, incurring an automatic five-place penalty.

Gearboxes must last for six successive races according to the rules.

The Briton had been off the pace in the day’s two free practice sessions, ending up the fourth fastest in the evening.

“(Hamilton) will take a five-place penalty. We had a hydraulic leak in (the last) Melbourne race and were fortunate to finish the race,” a Mercedes spokesman said.

“Unfortunately we couldn´t repair the box within the six-race cycle so need to take a fresh one, incurring the grid penalty.”

Hamilton finished second in the Australian season-opener two weeks ago, after storming to pole position, this Sunday in Bahrain he is still on course to rack up his 27th successive points finish, a result that would equal Raikkonen’s all-time record.

Mercedes technical director James Allison said after Friday practice that the team were not as competitive in relation to Ferrari as they had been in Melbourne.

“It wasn’t our best day,” he said. “We’ve got more to do overnight and in the practice tomorrow (Saturday) to five us a car that can fight in qualifying and on Sunday. The base for us is ok, but we don’t have the edge we had in Melbourne.”

Hamilton’s teammate Valtteri Bottas took pole in Bahrain last year, the fifth year in a row that a Mercedes driver had done that, but Vettel won the race.

The winner in Bahrain has started on pole on five of the past 13 occasions.

NEWS: @LewisHamilton will take a five-place grid penalty for the #BahrainGP after having to change his gearbox pic.twitter.com/reESTqBKxM