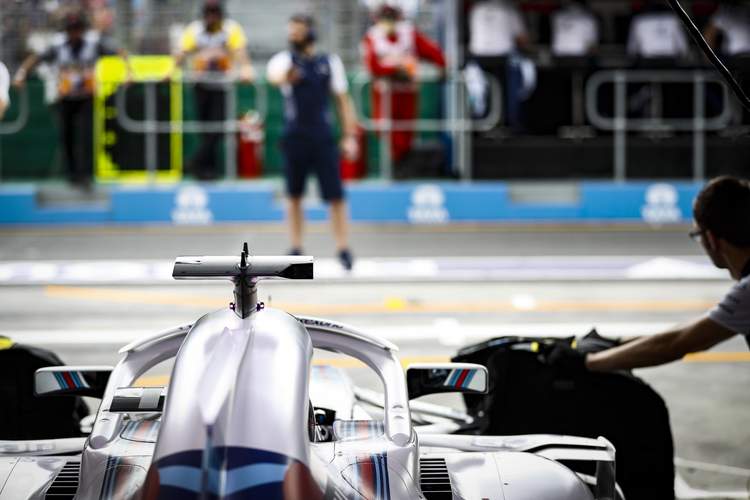 Bahrain International Circuit hosts the second round of the 2018 Formula 1 World Championship, with the Sakhir venue providing a very different challenge to that of Melbourne.

Although the race no longer takes place in the searing daytime heat, cooling packages are tested to the limit, and engine filtration systems must work effectively to prevent debris from the sandy air causing unreliability. 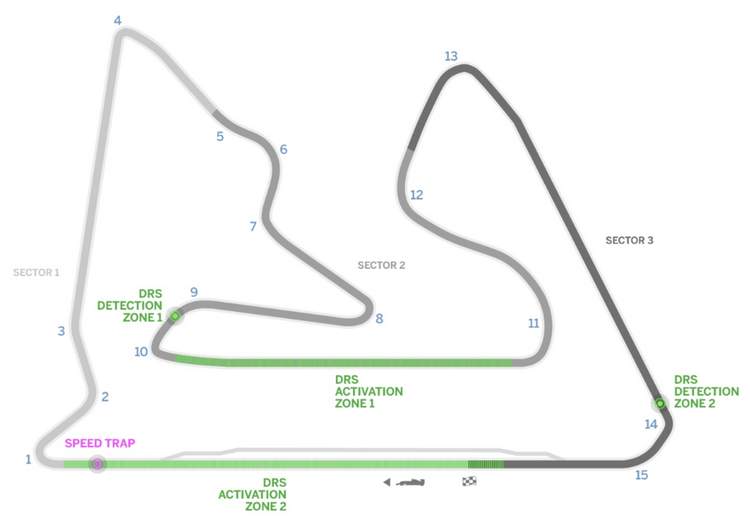 Compared to Melbourne, Bahrain is probably more power and straightline speed sensitive, not because there is a single long straight, but due to the multiple medium length full throttle zones. At the same time however, the middle sector is very much chassis dependent, featuring a mixture of high and low speed corners.

As ever, teams will test different wing levels during practice, before most likely converging on a medium downforce/drag configuration. Those teams suffering with rear tyre degradation will tend to run a little more downforce to improve traction from the numerous slow corners. Ferrari went down this route last year, emerging as race winners.

A strong power unit and a car with low drag, together with good traction, are highly beneficial traits for Bahrain. The performance of Force India in 2014 very much highlighted this, but a chassis with good change of direction can also bring tangible laptime gains in the sweeping Turn 5-6-7 and 11-12-13 complexes. 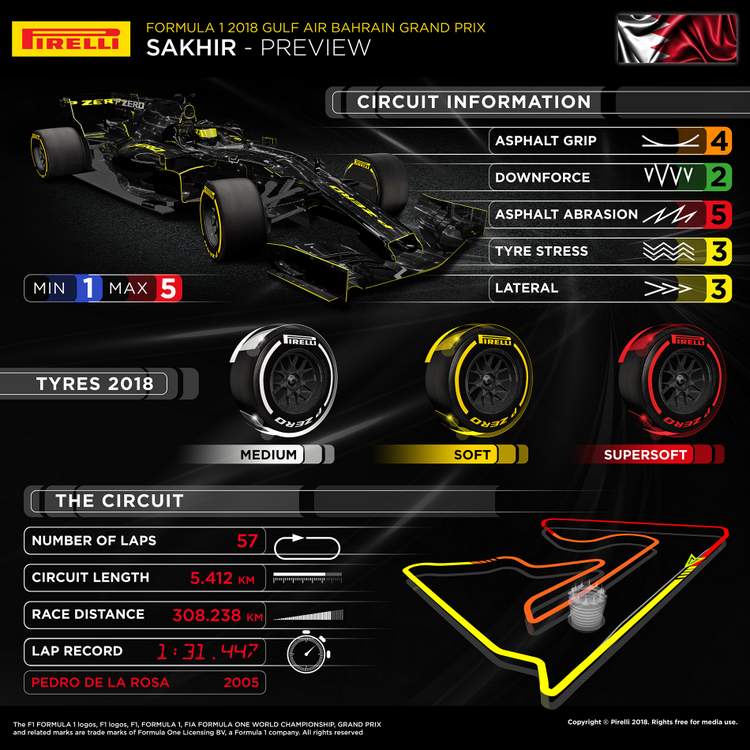 There are four corners that really stand out on the Sakhir circuit in terms of laptime. The first two of these are Turns 9 and 10, which form a tight complex, where drivers slow down from 270 kph to 85 kph, while also having to turn.

This makes locking up easy and very much repeatable over a number of laps. Consistently stressing the front tyres in this way will either require an early pitstop, or the need for a driver to back off in this section and lose valuable time.

Turns 11 and 13 are not corners that turn through a significant angle, but their large radius means they are high duration curves. Reducing understeer here is critical, especially in Turn 13, since time is lost not only in the long corner, but also down the ensuing straight leading to the final two turns on the track.

Last year’s race in Bahrain was on the limit of a one or two stop affair, with a few midfield drivers favouring the former, but most doing the latter. Some teams found it difficult to work the Soft tyre (this year’s Medium), and therefore tended towards the SuperSoft as the race tyre of choice. However, the greater downforce from this year’s cars should allow the Medium to become a viable race tyre for all teams.

They may not necessarily use this though, since the Soft and SuperSoft are very closely matched in terms of performance, with both not too dissimilar to last year’s SuperSoft, so they should still last around 20-25 laps.

The Soft should provide slightly greater durability, so is a tyre that the front runners may use in Q2 to enable the possibility of a one-stop race (second stint on the Medium).

Alternatively, a more aggressive two-stop, using the SuperSoft and Soft, is a strategy likely to be favoured by those lower down the grid wanting to gain track position with an undercut. 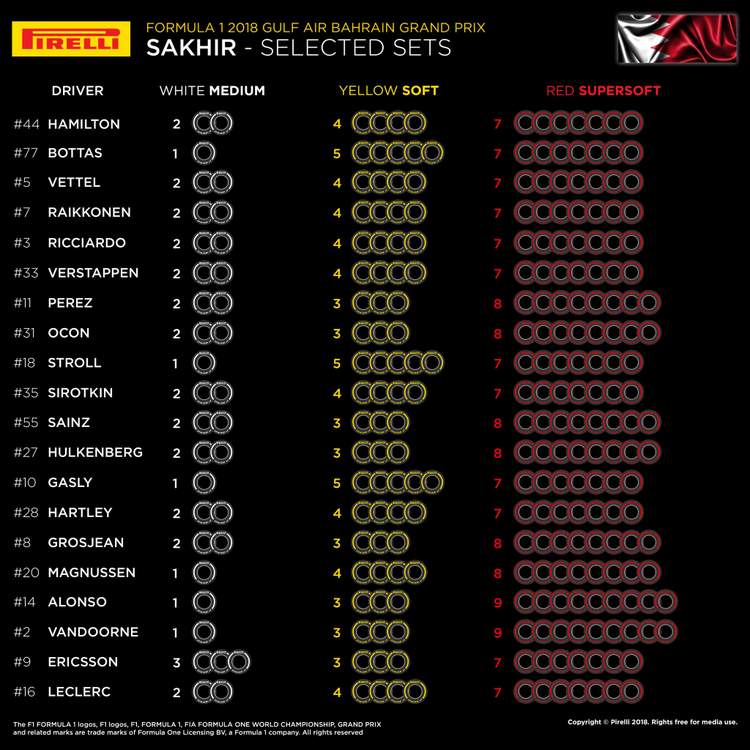 Due to the four straights, overtaking is easier in Bahrain than at many circuits. Helping further in this regard is the fact that slow corners precede the straights, meaning downforce reductions from turbulent air are lower, improving the ability of cars to follow each other closely.

The DRS zones are present on the pit straight as well as the shorter full throttle zone between Turns 10 and 11, with the former ensuring that Turn 1 is the best overtaking spot on the track.

As expected, it will be dry on all three days, but the fact that FP1 and FP3 are run in the daytime, when temperatures are far higher than in qualifying and the race, makes it difficult to set the car up, with FP2 being the only representative practice session.

In addition, strong winds could make the cars unpredictable to drive, and blow sand on to the track surface, reducing grip.

Once again, Mercedes are strong favourites to win the race, with the virtual safety car disguising what was a dominant display in Melbourne.

In the two weeks since race one, Ferrari may have been able to better understand the balance issues on its car, while Red Bull will look to continue its strong race pace. McLaren’s upgrades should enable it to fight with Haas and Renault on pure pace, making the fight for Q3 and lower points very interesting indeed.