Raikkonen: Don’t f*ck me up with this! 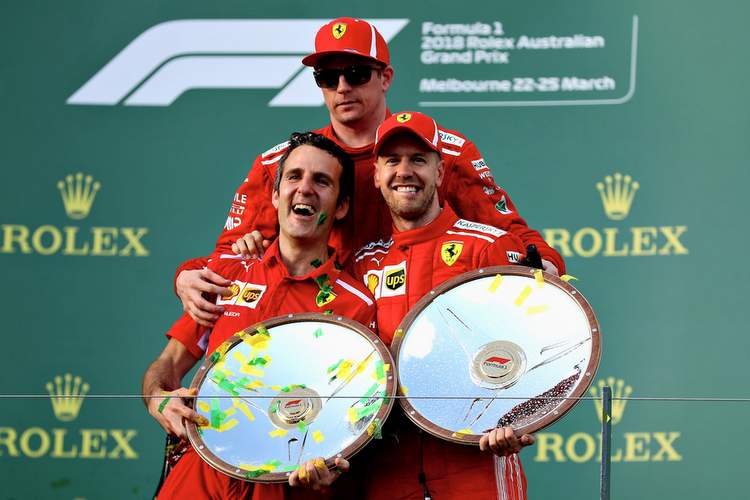 Ferrari driver Kimi Raikkonen typically is not a man of many words, but in the heat of the moment when he gets flustered the Finn is famous for a good rant and during the season-opening Australian Grand Prix he had another classic go at his race engineer.

The Iceman went into meltdown over the radio when he realised that the team had not informed about Sebastian Vettel’s extended opening stint. The bold strategy and the timely Virtual Safety Car period that helped Vettel win the race.

But Raikkonen had to settle for third and his body language on the podium hinted at unfinished business on the veteran Finn’s mind ahead of the team debrief.

Below is the radio transcript between Raikkonen and his race engineer Carlo Santi:

During that race defining period, around the halfway mark, Raikkonen was in second had Lewis Hamilton in his sights and looking strong, then minutes later he was still behind the Mercedes, whose pitwall blundered the timing of the stops but in third, his teammate at the head of the field.

But Raikkonen denies he was caught off guard, “The only thing I was surprised about was we were talking on the radio they didn’t let me know what [Vettel] was doing.”

“Obviously we talked before the race and there were hundreds of options what we can do and that was his best option and no threat from behind.”

“He would obviously take a chance because he had nothing else to lose at that point, safe in third place so it would work out well. I wasn’t really surprised what they did. I was surprised that we didn’t – at one point – know exactly,” added Raikkonen who finished third behind Vettel the winner and Hamilton in second.

Big Question: Was Kimi the ‘sacrificial lamb’ for Ferrari yet again?