Alonso: I’m not too stressed about the laps lost 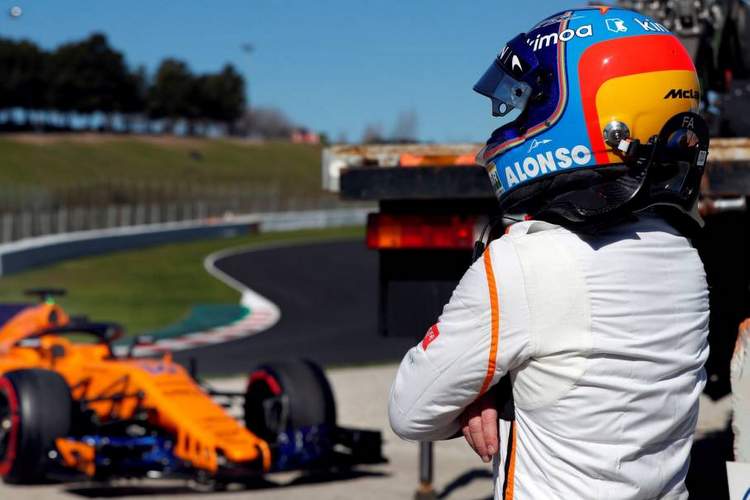 On Wednesday, the third day of the second Formula 1 preseason test at Circuit de Barcelona-Catalunya, McLaren endured another day of technical issues which limited Fernando Alonso’s time on track to 57 laps in the Renault powered McLaren MCL33, but the Spaniard says he is not concerned.

Alonso’s mileage was about a third of what Daniel Ricciardo managed on the day with his 1165 laps in the Red Bull, but the Spaniard is not perturbed and instead is glad that the team are discovering the problems now in testing rather than on the opening race weekend in Melbourne at the end of this month.

A six-hour spell in the pits to change a power unit had not dampened Alonso’s spirits when he spoke to journalists in the evening, “Definitely we would have liked to do a little bit more laps today. The programme was a little bit longer than 50 laps, but at the end of the day we discovered things.”

“This is part of testing and hopefully these things don’t happen on lap 10 in Melbourne so in a way, I’m happy to make the car stronger and stronger.”

“All the important parts and things on the programme we managed to do in the morning – the rest of the day was more about long runs and putting laps with no information needed, so I’m not too stressed about the laps lost today,” reflected a defiant Alonso.

“Probably we need the last day to do some laps, to do some long runs, to check extra things, but in terms of fundamental answers that we need for the winter tests they are already okay, we have all of them.”

“So I don’t need the last day. I will be in the car, I will drive and hopefully, we keep discovering new things on the car,” added Alonso somewhat cryptically.

Like his McLaren team chiefs, Alonso is playing down the issues with the MCL33 which is now using Renault engines after three years of misery and underperformance with Honda.”

“There is nothing fundamentally wrong on the car,” he added. “All the issues we had they are well under control. Unfortunately, we keep discovering new things every day, but I think that’s putting us in a strong position for Australia.”

Teammate Stoffel Vandoorne returns to action for the Woking outfit today (Thursday) and will be hoping to make up for lost time and do substantially more mileage than the 38 laps he did during his problem packed Tuesday in the cockpit of the MCL33.