Ecclestone: Some people have a new series in mind 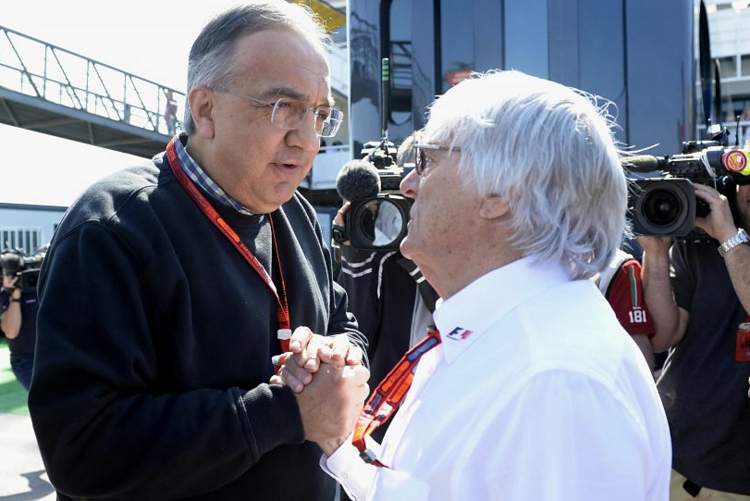 Although Bernie Ecclestone was removed from the helm of Formula 1 a year ago, he still has influence and does not hesitate to give his piece of mind when it suits him and his agenda.

Ecclestone continues to weigh in with his opinions and has now suggested that a breakaway series, led by Ferrari, could happen and that most teams would follow the way of the Scuderia should a showdown with Liberty Media transpire.

Ferrari team president Sergio Marchionne has on more than one occasion warned Liberty Media that he would take F1’s most successful and iconic team out of the sport if the future vision is not in line with the sportscar maker’s interests.

Speaking during a gathering of journalists at his offices in London, Ecclestone said, “Some people have a new series in mind. Sergio has spoken to other people about it.

“If Sergio got up in the morning and decided to leave [F1], it is a difficult position he is in. But if the FIA [F1’s governing body] don’t do what he thinks is right, then he would leave.”

Some believe Marchionne’s stance is a bluff to strengthen his hand in negotiations with Liberty, but others are wary that the president is not really a racing man and will do what he perceives is best for the interest of the company and its affiliates.

Ecclestone is in the camp that believes Marchionne’s sentiments must not be discounted, “I don’t think he does things unless he is serious and he is not the sort of guy who doesn’t do what he says he is going to do.”

“The bottom line is simple. Formula 1 is Ferrari and Ferrari is Formula 1. If you go and speak to anyone in the world, they don’t care about Ferrari road cars. I’d hate to see F1 without them.”

“If a new series started [by Ferrari] and it had the same elements as there is now, and it was cheaper for the promoters than F1 then they would immediately say yes. Some of them who are currently upset with the amount of money they have to pay to stage a race would join,” the 87-year-old added.

And finally, Ecclestone lobbed a traditional ‘grenade’ by advising Liberty: “Let’s start a new all-electric Formula 1 — Formula 1 for the future. They just need the balls to do it.”