Wehrlein: We could not raise the €15-million per year 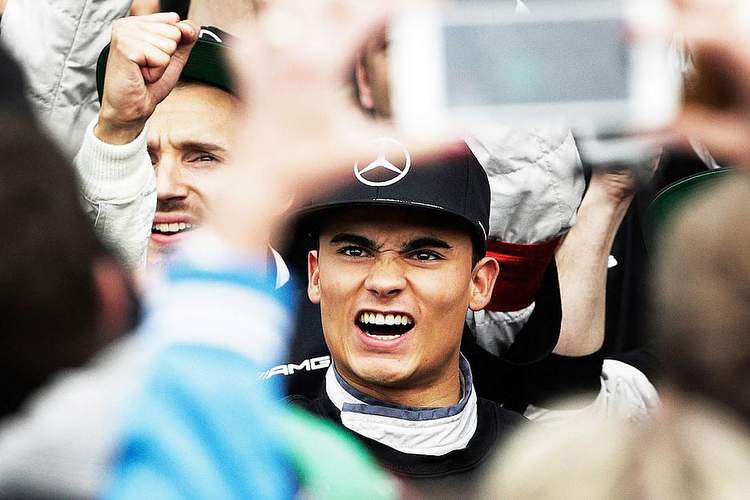 The biggest loser in Formula 1’s musical chairs for 2018 was Pascal Wehrlein, the talented Mercedes protege found himself without a drive for the season when Sauber committed themselves to a more intensive partnership with Ferrari and now the 23-year-old heads back to DTM where he once was champion.

There were big changes with Sauber during the latter part of last season, by the time the dust had settled at Hinwill, Marcus Ericsson was retained while Charles Leclerc got his break as part the Ferrari engine barter package.

At one point there was an outside chance of Wehrlein joining Mercedes powered Williams, but he simply did not have the financial muscle to match Sergey Sirotkin who sealed the deal for what is believed to be around €15-million for the season.

Wehrlein was thus without a drive despite trouncing Ericsson in their year together in 2017. Instead, the German will be Mercedes F1 reserve while contesting the DTM series in 2018 with Mercedes.

Despite the disappointment of missing out on an F1 drive, Wehrlein accepted his plight, “We could not raise the €15-million per year. It is disappointing that it did not work out with Formula 1 for now but that’s the business.”

“Unfortunately, I did not get the drive, but for me, I had to race in 2018 that was not negotiable and DTM has always been an option. That’s why the decision was relatively easy for me. It is also the last year for Mercedes [in DTM] and we want to give it everything to win.”

Asked if he felt that a good showing in DTM could pave his way back to the F1 grid, Wehrlein said, “That’s not in my power. I think so if I’m right up there again that could put me in a better position. Hopefully next year (2019) I will be in a good position and find the [F1] cockpit that I want.”

Of his return to DTM where he emerged as a talent for the future, claiming the title in 2015, Wehrlein said, “I would like to continue where I left off in 2015, but it will be more difficult than 2015 because I have not raced a touring car for two years and a lot has changed in the DTM.”

“But I have the highest expectations of myself and want to be competitive as soon as possible. First of all, I have to get back into the whole topic. At the moment I still have the Formula 1 feeling in me and the driving style.”

As much as Wehrlein impressed in his season with Sauber, he was never close to the sharp end of proceedings in F1 and any thoughts of a podium, let alone winning, were simply not on his radar for obvious reasons.

Thus it is no surprise when he was asked what he looks forward to most about returning to DTM, he replied, “To win races. I have not won races for two years and that’s not easy. I missed the feeling very much and that was also a big incentive to come back: to have a car with which I can race at the front again and win.”

Wehrlein made 39 grand prix starts in his two years with Manor and Sauber before his F1 career was put on pause, but you get the feeling that the young German still has unfinished business at the pinnacle of the sport.