Ecclestone: Ferrari can live without F1 but not vice versa 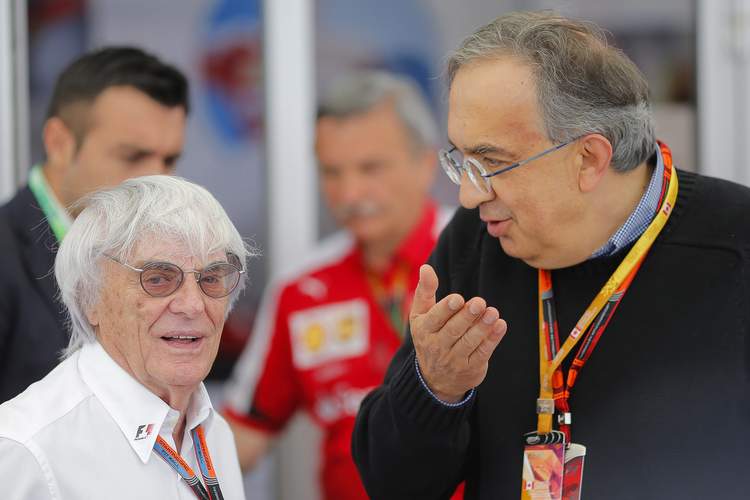 On 23 January it will be a year since Bernie Ecclestone was replaced by Chase Carey as chief executive of the Formula One Group since then the deposed supremo has kept a low profile and lobbed the occasional verbal grenades into the paddock to spice thing up every now and then.

On the eve of the anniversary of his dethronement, Ecclestone was asked in an interview with Auto Motor und Sport how serious were the threats by Sergio Marchionne to pull Ferrari out of Formula 1.

Ecclestone replied, “If it had been Luca di Montezemolo, I would not have taken it too seriously. Motorsport was life for Luca, but Sergio could live without Formula 1. He is only interested in the business.”

“The most important thing for him is that he can offer the shareholders a good business result. If Marchionne does not like the path Formula 1 takes, then he will stop. I’m afraid Ferrari can live without Formula 1 but not vice versa.”

At 87 Ecclestone still remains interested and admits that he watched all the races on television, “It is more relaxed for me because I am no longer involved. That’s why I also see things that I would never do or would do better.”

Asked if he felt that Formula 1 was his child, he responded, “That’s too big a word. It’s something I helped to develop with all teams. I want to see that it continues to grow. I’m proud of Formula 1 and I want the sport to be healthy.”

As for not attending more races this season, he quipped, “I have a feeling that my successors do not want to see me on the track anymore.”

Formula 1 has enjoyed strong live attendance figures while TV  figures appeared to rebound in 2017, the first year of his absence. Coincidence or not?

Ecclestone explained, “I’ve waited five years for Ferrari to wake up. That’s finally happened. The fight between Ferrari and Mercedes has mobilised the fans. I apologised again and again to organisers because I had sold them something for a lot of money, which did not deliver in terms of entertainment.”

“Organisers paid for the old Formula 1, instead all they got was Mercedes runaway victories. Now I congratulate Ferrari because fans are getting good value for their money again.”

While many hail the Liberty Media driven campaigns to reach out to fans with events such as “F1 Live London” and other similar initiatives planned, Ecclestone is not convinced that this is the correct course of action.

He explained, “I see a conflict of interest there. It is important for the teams to market themselves and for the organisers to promote their event. If FOM is still involved as a third party, it only creates confusion. Who does what? Who says what? How would they know what is important to the teams and organisers?”

The issue of 2021 F1 rules is already a hot potato and the powers that be are only in the preliminary stages of a sit down to determine the power units of the future. The major manufacturers, Mercedes and Ferrari particularly, are dead against standardisation and what they term the “dumbing down” of the sport.

Ecclestone gave his take on the matter, “Two years ago I told the teams: You can keep that damn engine if you increase the fuel flow rate. But if it had been up to me I would have trashed this engine. It was a disaster from the day it was introduced. The Formula 1should return to an engine that allows for good racing, and if it’s a V12 then so be it.”

Big Question: Can Ferrari live without Formula 1 but not vice versa?