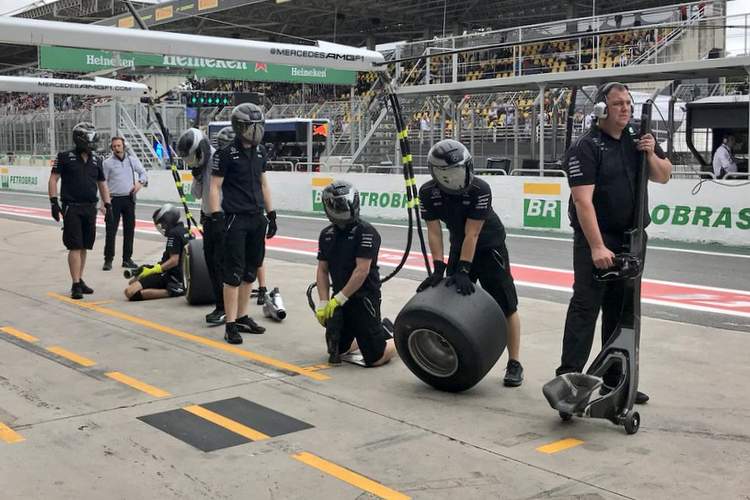 Lewis Hamilton has urged Formula 1 to improve security after armed robbers held up members of his Mercedes team outside the Brazilian Grand Prix circuit in Sao Paulo.

“Some of my team were held up at gunpoint last night leaving the circuit here in Brazil. Gun shots fired, gun held at ones head. This is so upsetting to hear,” the four-time world champion said on Twitter on Saturday.

“Please say a prayer for my guys who are here as professionals today even if shaken. This happens every single year here. F1 and the teams need to do more, there’s no excuse.”

A team spokesman confirmed that valuables were stolen but nobody was injured in the incident.

Hold-ups are a known risk for teams in Sao Paulo and around the Interlagos circuit, with drivers travelling to and from their hotels with police escorts and in cars with bulletproof protection.

Britain’s Jenson Button was the victim of an attempted robbery in 2010, the year after he won the title with Brawn GP, but the police driver smashed his way through traffic to escape when the gunmen were seen approaching.

Mechanics and other staff travel to and from the track by minibus and are advised against wearing branded team clothing away from the circuit.

A Mercedes team member was also robbed at gunpoint in Mexico last year while travelling by car from the airport to his hotel.