Inside Line: What happened to Renault in Mexico? 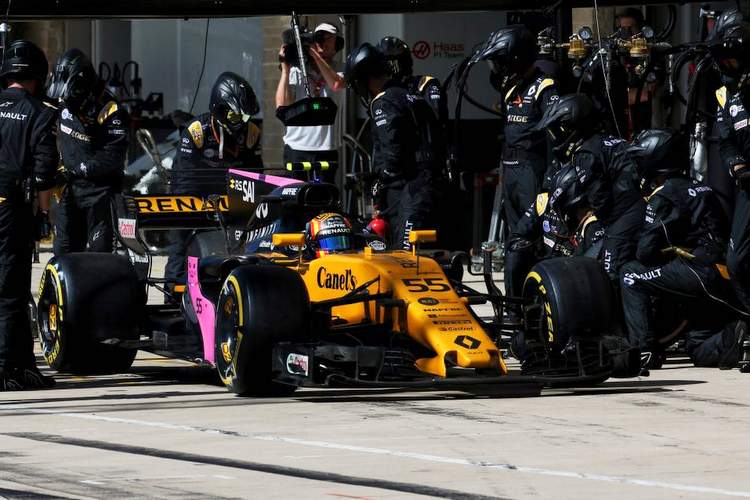 Red Bull driver Max Verstappen won the Mexican Grand Prix by a comfortable margin but he, and Toro Rosso’s Pierre Gasly, were the only two of the six Renault powered drivers to finish the race on a day that will no doubt have left the French team embarrassed.

As one-by-one they parked up with (predominantly) engine problems:

Add to the bag of problems the tough two days Toro Rosso driver Pierre Gasly endured managing only 12 laps of running in FP2 and FP3 after giving up his seat to Sean Galeal in FP1.

While Ricciardo and Hartley took engine related grid penalties for the race as they were forced to bolt on new components ahead of the race.

Renault chief Cyril Abiteboul summed up after the race, “The Mexican Grand prix was a difficult one for us with multiple incidents throughout the weekend. Both Nico’s retirement and one of our partner teams’ car is a reminder that reliability remains an issue and the consequences weigh heavily on us and our customer teams.”

“Being in high altitude, we recognise the inevitable challenges this circuit brings. It’s about finding performance without compromising reliability. This weekend, we had performance, qualifying was very good for many of the different Renault-powered cars. However, the balance between performance and reliability was not good.”

“Max Verstappen’s win confirms the engine’s potential and I want to congratulate him and his team for this great race. As a team, we need to stay motivated for the last two races and focus on our objectives,” added Abiteboul.

Renault’s technical chief Remi Taffin added, “Over the course of the season we have made good strides in performance and seen our Power Units on the podium. However, we have suffered from too many reliability issues and it is an area where our attention is strongly focused as we try to continually increase performance on other parameters too.”

In a nutshell the French lads are saying: We turned up the wick and things went poof! So have a problem…

Hulkenberg was not a happy after his sixth DNF and told German reporters, “Something like this must not happen to a manufacturer. It’s not acceptable. We are not good enough.”

“Everyone is angry, frustrated, disappointed. We somehow have to get it under control for next year. The damage has been done this year but reliability is our first homework task for 2018. Otherwise, even having the fastest car would not help us.”

It is also notable that despite opting to dial up performance for the race, at Autodromo Hermanos Rodriguez, as mentioned by Abiteboul, Renault drivers’ top speeds were hardly earth shattering.

Gasly was fastest of the six Renault powered cars, trapped at 352 kph, seventh fastest of all the cars. Verstappen was 16th quickest on 345 kph and Sainz 12th on 248 kph. The Ferrari of Sebastian Vettel was trapped at 362 kph, the top speed on the day.

Clearly Red Bull turned down the power on Verstappen’s car as all around them similar engines popped.

Team chief Christian Horner said, “This circuit seems to have caught them out. No doubt they will do some serious analysis to why they managed to get themselves on the back foot so badly here. Fantastic that we managed to win the grand prix but there have been an awful lot of failures during the weekend.”

All-in-all an expensive afternoon because someone at Renault got the sums wrong when they calculated the balance between performance and reliability for their power unit.

Renault are now inexorably connected to McLaren, who they will power next year, and I am sure that Abiteboul’s words that Mexico provided a “reminder that reliability remains an issue” will have sent a chill down the spine of everyone at Woking.

While Renault powered cars parked, the two Honda powered McLaren’s of Fernando Alonso and Stoffel Vandoorne soldiered on and finished the race despite engine related grid penalties demoting the orange cars to the wrong end of the grid.

Alonso was tenth and Vandoorne 12th – only Verstappen, of the Renault powered chaps, ahead of the them.

I would not be surprised if, in the aftermath of Mexico, McLaren chief Zak Brown did not pick up the phone and made the call: “Hi there Cyril, what happened in Mexico?”