Szafnauer: Ocon has exceeded our expectations 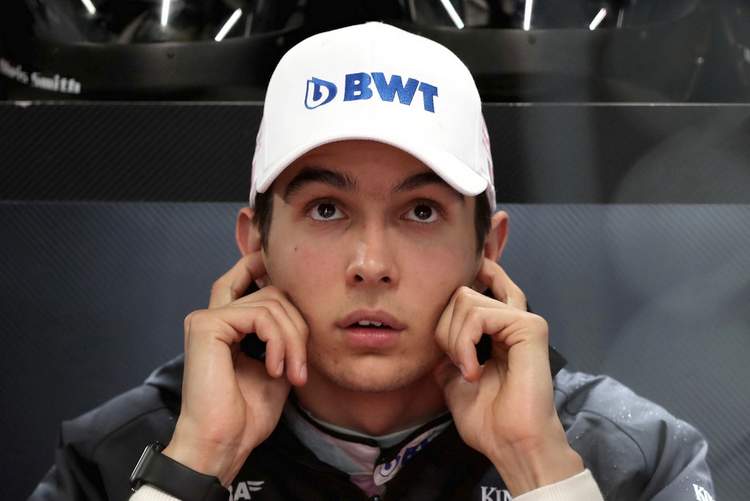 Esteban Ocon has been one of the revelations of the 2017 Formula 1 season, the Frenchman has won over the paddock, media and fans with his friendly demeanour as well as his speed and tenacity on track, but most important of all he has impressed his Force India team.

It would not be fair to call Ocon a rookie as he did nine races last season with the now defunct Manor team. Granted he was a back-marker for most of those races, but undoubtedly gained valuable experience of how Formula 1 works for a driver which has prepared and served him well this year.

Ocon has finishes all 16 races this season and only once was he out of the points. He is eighth in the drivers’ standings, only 17 points adrift of his vastly more experienced teammate Sergio Perez.

Force India’s chief operating officer Otmar Szafnauer is one of those who is impressed, “[The run of finishes] is amazing to me. He’s smart, he finishes, scores good points, he’s young and still learning a lot. This was our hope, that he would be this good. And maybe it was our expectation otherwise we wouldn’t have hired him, but I believe he has exceeded our expectations.”

The clashes between Ocon and Perez are well documented. After playing second fiddle to the Mexican in the early races, Ocon started challenging him by the time the championship got to Europe. There is little to separate the pair, which is impressive considering the gulf in experience between the two and the fact that Perez is no slouch

It is fair to say that Ocon’s progress graph is moving steeply upwards, but how much better can he get?

“The really, really difficult thing is to predict a future learning curve. That’s hard to predict, but what you can say is that he’s improved a lot this year already and he’s still really young and inexperienced. Checo has got 130 race starts under his belt and Esteban has got 25. So I still think he’s learning,” mused Szafnauer.

“You plateau. I don’t know how steep the learning curve will be and where the plateau is, however I don’t think he’s at his plateau, so he will get better next year. How quickly and how much more is hard to know.”

Mercedes believe in Ocon and have funded his career from his junior years, including his half season with Manor last year. Silver Arrows boss Toto Wolff rates him highly and it is clear they are grooming him for the next generation, perhaps for a time when Lewis Hamilton moves on.

Szafnauer acknowledged that they may not be able to hang on to Ocon for too long, “Mercedes won’t control where he goes next year or the year after, but beyond that [they will]. It’s a bit frustrating, you would like to be in control of your own destiny but when needs must with other relationships and other financial dealings, that’s what you have to do.

“I think we’re a good team with nurturing young talent and if we can do that with Esteban then I think there will be others coming up of equal potential and maybe we’ll nurture them,” added Szafnauer.

Big Question: Is Esteban destined for Mercedes sometime in the future?