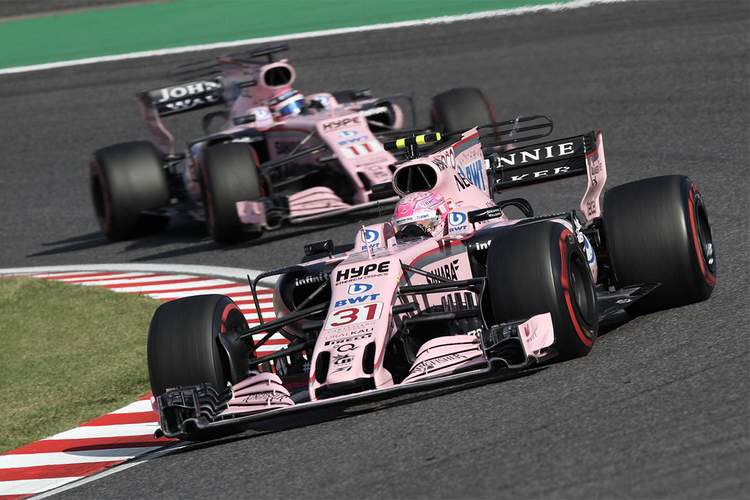 Force India implemented team orders, during the Japanese Grand Prix, when Sergio Perez was told to hold station and not to attack Esteban Ocon for sixth place, a decision taken by the team in the wake of several costly on track altercations between their drivers.

Speaking after the race at Suzuka, team COO Otmar Szafnauer explained, “The team always comes first. If they can prove to us after this year that they can sensibly race together, then I am sure we will consider that. Hulkenberg and Checo sensibly raced together and they didn’t crash into each other. If we had that scenario again then there is no reason to always have team orders.”

“They are both smart guys and hopefully the lessons will be learned very quickly and I think they have. Our philosophy here is always to maximise the team potential, and we have to do what it takes. Usually, letting them race and go as fast as they can maximises the team potential.”

“But when they start crashing into each other a lot then it doesn’t maximise the team potential, so we have to do something different in order to maximise the team potential. That is exactly what we have done. When we are happy to let them race, and we believe letting them race is better than holding them back, then that is when we will do it. But we are not there yet,” insisted Szafnauer.

Deputy team principal Rob Fernley added, “Sergio pretty much shadowed Esteban all afternoon and, once the pit stops were completed, we asked the drivers to hold station and bring home the points. We take further encouragement from the speed we have shown here, which has taken us a step closer to confirming fourth place in the championship.”

In the race, Ocon continued to impress as he ran as high up as third early on in the race before slotting into sixth with his teammate large in his mirrors.

Ocon said, “I was running ahead of Checo, we had nothing to gain from the cars ahead and a comfortable margin to the cars behind. So the priority was to bring the car home and score the big points.”

Perez made it clear that he could have gotten past his French teammate but accepted the call from the pit wall, “I felt I was quicker than Esteban in the second stint and I had an opportunity to overtake him at the final restart, but we followed the team’s instructions.”

“We knew this would be the case so it wasn’t a surprise, and swapping us wouldn’t have made a difference in terms of points for the team, so I understand the team’s perspective. In the end, Esteban did a great job during the whole weekend,” conceded Perez.

Force India lie comfortably fourth in the championship, well down on Red Bull in third but well up on Williams behind them in fifth.