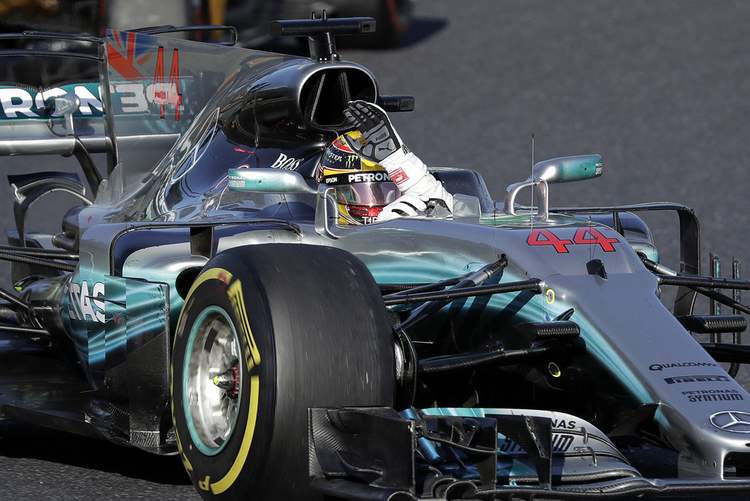 Lewis Hamilton has taken a giant step towards his fourth Formula 1 world championship title with victory at the Japanese Grand Prix, while his title rival Sebastian Vettel failed to score any points.

The latter half has been kind to Hamilton who has won four times since the summer break, but the same period has been cruel to Ferrari whose challenge – with their car at the fastest it has been – crumbling due to reliability issues.

Thus, at the next round of the championship in two weeks time – the United States Grand Prix – Hamilton could claim the this year’s world title, as he did at the same venue in 2015.

The Mercedes driver has a tremendous record at Circuit of the Americas having won the race on four of the five occasions it has been held at the venue in Texas. Vettel has won there once.

Hamilton’s campaign since the season resumed, after the summer break, has been almost flawless – four wins and a second place in five races – while his title rival has faltered badly.

Vettel led the championship by 14 points after winning the Hungarian Grand Prix, in July before the summer recess, but since then he has not won a race and his title challenge has collapsed dramatically.

Vettel has scored only 45 points in the last five races, while Hamilton has racked up a comparatively astounding 118 points of the 125 available during this period. The Mercedes driver has won eight times this year, Vettel has won four times.

Hamilton is also the only driver to have finished in the points at all 16 grand prix races thus far, 12 times he has been on the podium.

The maths are very much in favour of Hamilton as the championship heads to Round 17 in Austin, where:

It could be a weekend of double celebrations for Mercedes as they are able to clinch the Formula 1 constructors’ title, for a fourth year in a row, at the United States Grand Prix.

The Silver Arrows are 145 points clear of Ferrari in the constructors’ standings and need 17 points to wrap up the championship with three races remaining after that.

Austin could be a weekend packed with silver linings for the German team and their British driver.