Marchionne: We are intervening 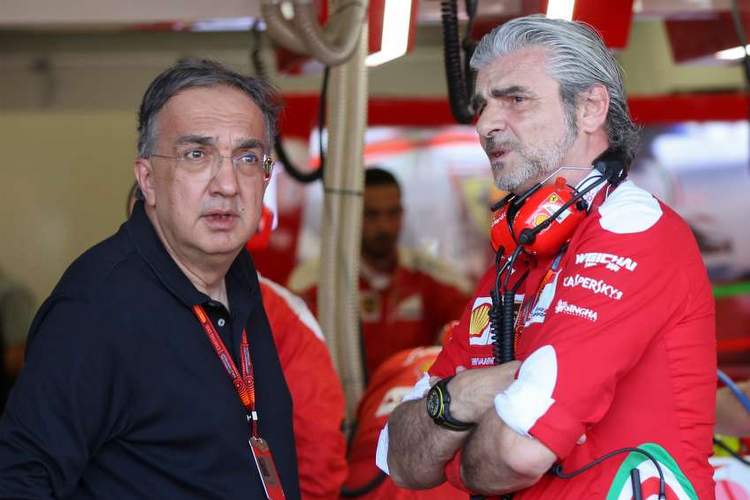 Sergio Marchionne finally broke his two week silence after his Ferrari team ‘shot themselves in the foot’ at the Malaysian Grand Prix, a fortnight after the start line shunt in Singapore eliminated both red cars.

The debacle at Marina Bay Circuit is well documented, as is the qualifying no show by Sebastian Vettel thanks to a turbo issue and a day later Kimi Raikkonen being pushed off second place on the grid with a technical issue – the Finn did not even start the race.

Nevertheless Vettel achieved some damage control, with a storming drive from last on the grid to fourth place, but the gap in the drivers’ world title race – to leader Lewis Hamilton –  increased to a daunting 34 points with five rounds remaining in the championship.

“Having these problems in the race breaks you. One thing is having an engine let go on the test bench at home… Having a car in second position and then not seeing it on the grid makes you want to pull your hair out.”

“That we had problems with the engines has to do with two things: we have a very young team and the quality of the components is not up to the level needed for a racing car. We are intervening.”

“It’s almost good fortune that nothing has happened until now. We are now focusing on the whole chain and we will be making organisational changes to impose different standards,” added Marchionne.

Meanwhile Motorsport Total are reporting that Maurizio Arrivabene’s days as team chief are numbered, as Marchionne’s patience is running thin amid a slew of errors that have compromised the Italian team which started the season in fine form but their challenge has withered since the summer break.

It is not the first time that reports of Arrivabene’s demise have emerged. Last year there was a flurry of speculation that he would be dismissed as the team endured a problem packed season.

But the ‘Marlboro Man’ turned things around at Maranello during the off-season and his team were leading the championship until the summer break. But the last four races are proving to be their undoing, exacerbated by the fact that they have arguably the fastest car on the grid at this stage of the season.

Only time will tell if Arrivabene will be out the Ferrari door any time soon. What is certain is that Marchionne is not impressed and his fragile patience is being seriously tested…

Big Question: Is Arrivabene to blame for Ferrari’s sudden drop in form?