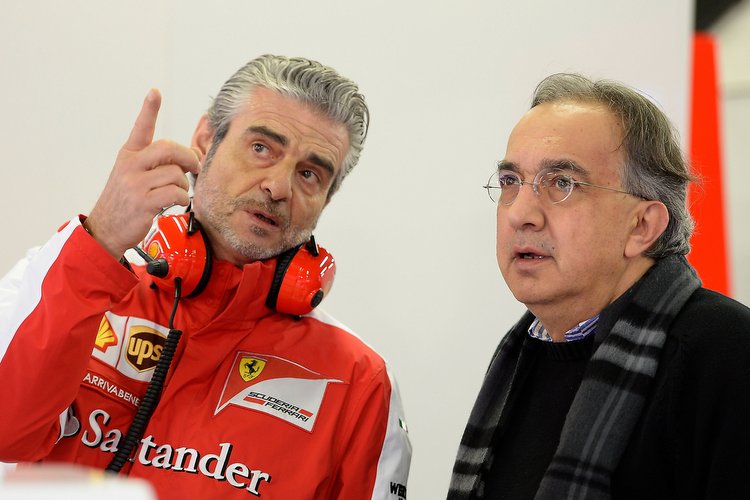 A media insider who is famously close to Ferrari has played down reports Maurizio Arrivabene could lose his job, but admits he does not have the inside line to the team president Sergio Marchionne.

Sections of the infamously tough Italian press have declared that the Maranello marque is once again in “crisis”, after starting the year hot on Mercedes’ heels but now having fallen behind Red Bull.

Not only that, F1 supremo Bernie Ecclestone said in a recent interview that Ferrari “has become very Italian again”, declaring that the team needs Marchionne to get involved “seven days a week, 24 hours a day”.

“There is nothing wrong with Maurizio at all,” he told F1’s official website, “but maybe his character is a bit different to Sergio – which it is.”

Responding to the speculation, F1 blogger Leo Turrini – who almost always has his finger right on the pulse on all Ferrari matters – played down suggestions Arrivabene could go.

“As far as I know, Sergio Marchionne has no intention of getting rid of Maurizio Arrivabene,” he wrote. “But I’m not intimately close to the president so time will tell.”