Alonso: If I cannot fight for the win I will look outside F1 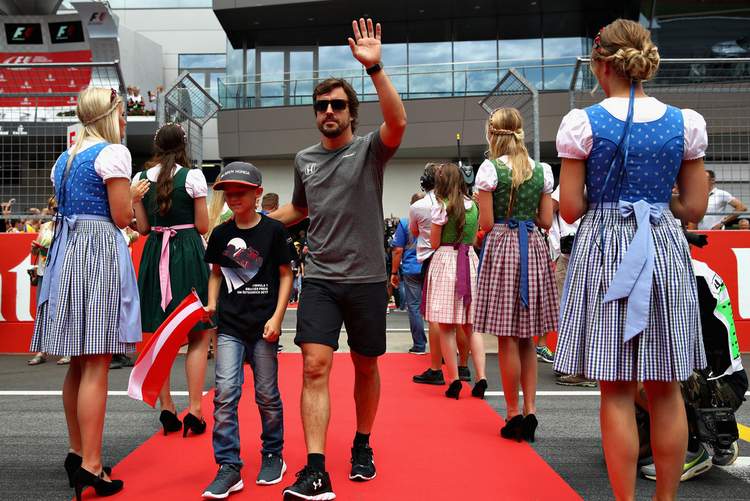 Fernando Alonso has made no secret that he is looking around for a Formula 1 drive that will give him the opportunity to win races and ultimately allow him to fight for a third world title, but if no winning seat emerges for him on the grand prix grid then a shift to Indycar is his most likely destination for 2018 and beyond.

Alonso told media in early June, “We have to win. If we are not winning before September, when I will make a decision, I will not stay.”

It is highly unlikely that McLaren and Honda will provide the Spaniard with a winning car in the next 30 or 40 days – with Ferrari, Red Bull and Mercedes not interested in his services – options for him are limited.

Nevertheless Alonso told CNN, “Formula One is still my priority, it’s my life, and winning the world championship is what I’m hoping. If I don’t see any project that will allow me to fight for the win I will look outside F1 – but that’s November-December. I will try all the possibilities before that.”

Outside of Formula 1 the best option for 36 year old Alonso is Indycars where he has an instant hit when he raced at the Indianapolis 500 in May. Not only did he impress on track, leading at one stage, but was also a huge success with media and fans alike.

Alonso recalled the Indy foray, “I went to Indianapolis and I had that feeling again that I can win this race . The feeling that you could win that race was special.”

“When I jump in the car, I put my legs inside the cockpit, the mechanics put the belts on, when I take the belts off and I pull myself out of the car maybe I am the winner of this race – I was thinking that in this moment. That feeling was magic.”

Regarding his adventure at the fabled Brickyard, Alonso reflected, “I think it’s a different culture, a different way of understanding motorsport or sport in general. Much more open, much more friendly to all of us.”

“It’s the kind of feeling that the sport is beyond nationalities. All of us there were heroes for all the people in the grandstand. They support all of us in the same way and they really enjoyed the race.”

Alas for Alonso and his legions of fans the dream of victory at Indy ended up with a smoking Honda engine and a yet another DNF. This has been the story of his career since he returned to McLaren in 2015 until now. Furthermore he has not won a Formula 1 race since the 2013 Spanish Grand Prix and his last podium was in 2014.

Although a move to Indycar is not yet a priority for Alonso, the double world champion has not ruled out a Stateside extension to his career should he not find what he is looking for in Formula 1.

Meanwhile McLaren are keen to keep Alonso, in him they have one of a handful of champions on the grid who is capable of  winning with the right car, and also a driver who keeps them in the headlines – despite the fact that they enduring the worst season in their history.