Neale: We will do everything we can to keep Alonso 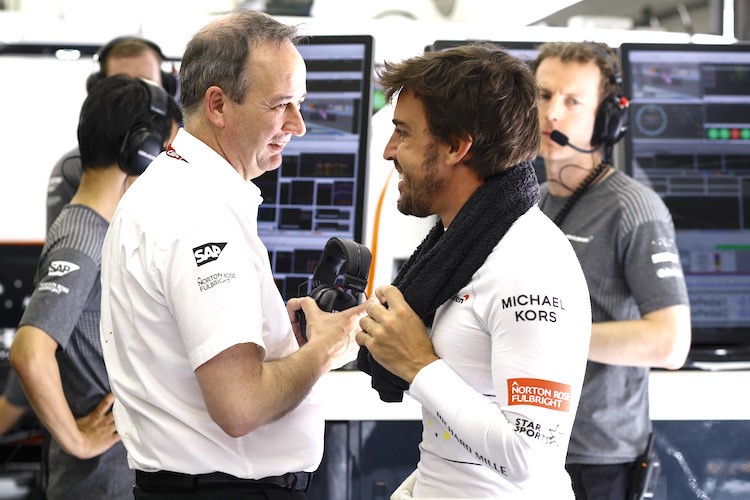 Fernando Alonso set a deadline of September to have a winning car at his disposal, if not a McLaren then anything else and the Woking outfit are more than keen to keep the Spaniard on their books despite the fact that they cannot fulfill his conditions.

McLaren CEO Jonathan Neale makes no secret of who he wants racing in orange next year, “I’d love to have Fernando in this team. I know we will do everything we can to keep him in this team but I recognise he will have choices – nothing is a given. I think he’s a great guy, he’s one of the best drivers I have ever worked with and I’d love to have him for longer.”

In Hungary, Alonso was in full swing in a no holds barred battle with Toro Rosso’ Carlos Sainz, after which he went on to end the race in sixth – his best finish of the season and lifting McLaren off the bottom of the constructors’ championship table.

Neale recalled, “If you look at how hard it is to overtake around in Hungary generally and then look at the move he made on Sainz – that was great. He tried a move the first time, he didn’t quite make it stick but he got it the next time round. To do that safely and cleanly as he did is a great demonstration of his skill and fighting spirit.”

From Alonso’s perspective, every weekend he puts in a massive effort for little reward and almost certain disappointment. McLaren may have a strong chassis but the engine is woefully under-powered and lacking reliability. He also makes it clear on a regular basis that he wants to be racing for victory, not picking up single digit points.

Adding to Alonso’s predicament is the uncertainty that prevails in the McLaren garage. Will they ditch Honda? Will they become a Renault customer? Why don’t Mercedes and Ferrari want to supply the team with engines?

Despite the team’s worst season in their illustrious history, Neale remains optimistic, “I’m encouraged about McLaren’s future. A lot has happened over the last 12 months. We’re ready to take that next step for McLaren. Our thoughts are starting to turn to next year’s car and what that is going to look like.”

“Of course the engine stuff is in that mix. We need to land all of that in and before the September timescale so our drivers know who we are going to be and what their plans are going to be.”

Big Question: Does McLaren need to hang on to Fernando?