Ferrari CEO: Second is first of the losers 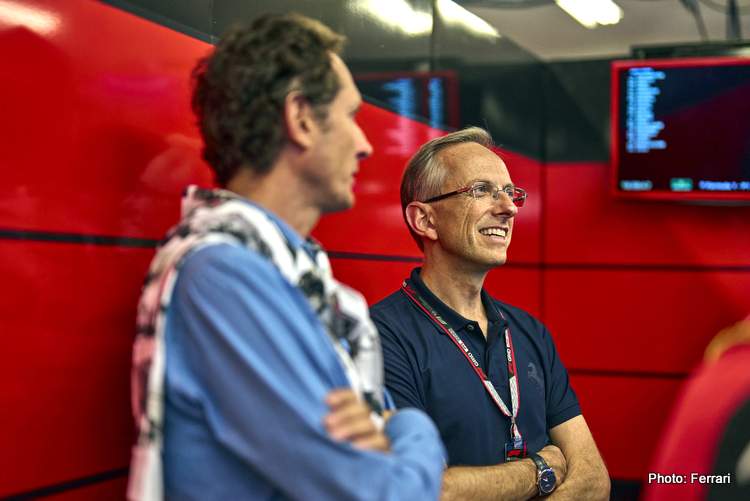 Ferrari CEO Benedetto Vigna expressed his disappointment with Ferrari’s 2022 Formula 1 season, insisting second is the first of the losers.

With reports ramping up that Mattia Binotto is on his way out of Ferrari, a recent quote from the company’s CEO, Benedetto Vigna emerged which may add fuel to Binotto’s exit story.

After starting the 2022 season with arguably the fastest car, the F1-75, Ferrari failed to deliver the Title yet again after a series of operational and driver errors, not to mention reliability porblems.

And as Red Bull got into their stride, Ferrari seemed to fade away towards the end of the season that ended with the team runner up in the Constructors’ Championship, Charles Leclerc second to Max Verstappen in the Drivers’ Standings.

While might some think that Ferrari have improved in 2022, their CEO Vigna is having non of it, insisting the Scuderia’s performance in 2022 was not satisfactory.

Speaking to CNBC on Wednesday, Vigna said: “I said it after the last quarter, I am not satisfied with second place because second is first of the losers.

“We have made some progress. I’m happy with the progress we’ve made. I’m not happy with second place. I think the team has what it takes to improve over time,” he added.

The past season, 2022, is the 14th campaign for Ferrari that ended without tasting Title success, a dry spell that started from 2009.

They won their last Drivers’ Title with Kimi Raikkonen in 2007, in 2008 they only won the Constructors’ when Felipe Massa missed out on the Drivers’ Crown by one point to Lewis Hamilton.

The team fought with Fernando Alonso at the wheel in 2010 and 2012 with Red Bull’s Sebastian Vettel but came up short.

In 2017 and 2018, Vettel a driving for Ferrari since 2015, challenged the mighty Mercedes/Hamilton combo for the Title as well, but also failed to prevail.