Wolff: Suzuka will give our package some challenges 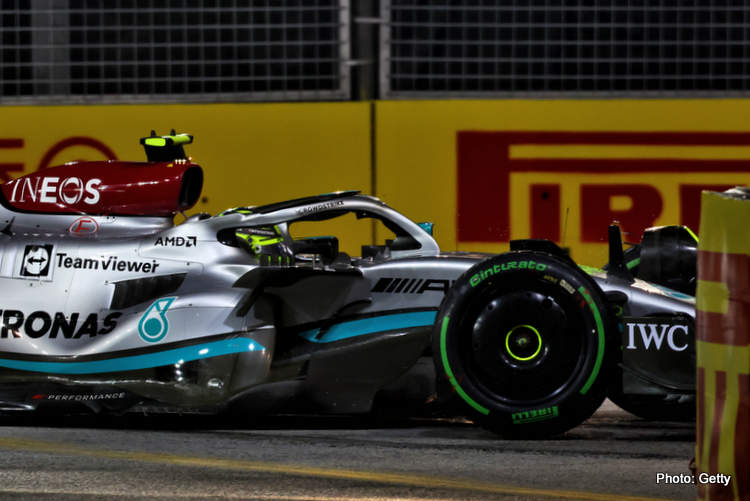 Smarting from the pain of the worst result of their season so far, Mercedes scored a meagre two points in Singapore and, as Formula 1 heads to the Japanese Grand Prix, team boss Toto Wolff expects “challenges” aka more pain.

Starting from third on the Marina Bay grid on Sunday, Lewis Hamilton was optimistic he would have a chance at a podium, even a stab at victory which would’ve been Mercedes’ first of the season. Instead, the night turned sour for the once-dominant team, as George Russell and the seven-time F1 World Champion were nowhere.

Hamilton spent most of the first half of the race in fourth, but thereafter he was lucky to survive and carry on when he pranged his #44 car heavily into the wall, the Merc – sturdy as a taxi – meant he managed to carry on, coming over the radio and admitting his error: “I’m so sorry about that guys. I f@cked it up big time.”

But he was not alone, Russell had his worst weekend in Silver and was never really there; he had a wayward race on Sunday finishing last of the 14 runners, two laps behind Red Bull’s winner Sergio Perez. The Mercedes W13 simply does not do their exceptional drivers any favours, Marina Bay Circuit saw to that.

Speaking ahead of the weekend at Suzuka, Wolff first looked back on the weekend at Marina Bay Circuit: “It was a very difficult Sunday for us in Singapore. There were still some positives to take because we saw glimpses of the car’s pace and potential.

“But we couldn’t convert that into points in the race itself, although the car showed it was competitive in free air. We’ve had plenty to debrief and analyse over the past few days and many learnings to take forward. Thankfully we can move quickly onto the next race and a new challenge for us to tackle.”

Hamilton may not win a race this year, the first time he has not done so in an F1 season since 2007 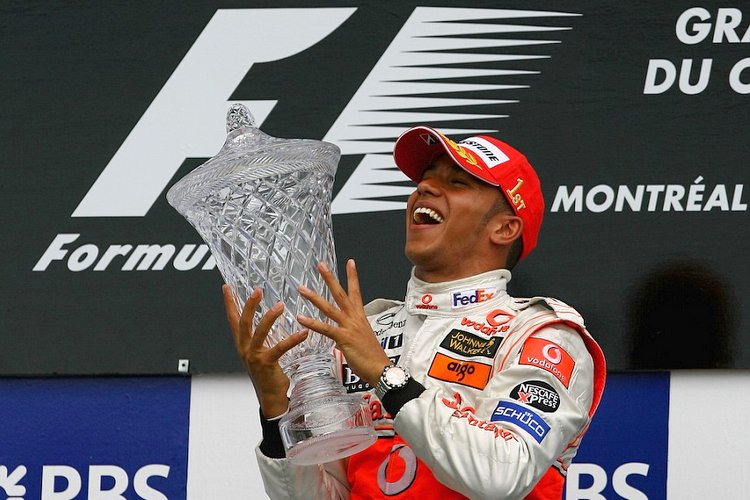 Ferrari, with Charles Leclerc and Carlos Sainz on the podium, means that with five rounds remaining, including Suzuka this weekend, Mercedes trail them by 66 points while Red Bull have all but secured the 2022 F1 constructors’ title.

Looking ahead, Wolff continued: “Our target is to rebuild the momentum we had before Singapore and capitalise on the positive underlying performance of the car. There are still five opportunities to score good points and end the year strongly.

“Suzuka will give our package some challenges, and it will be hard to repeat the qualifying performance we saw in Singapore – but I hope that will be balanced out with a stronger Sunday afternoon.

“F1 hasn’t been to Japan since 2019 and the team is really looking forward to being back. It’s such a special track; one of the most challenging for both man and machine. And we’ve missed all the brilliant Japanese fans, too,” concluded Wolff.

Meanwhile, reports quote Wolff saying he may fly to Japan for the Grand Prix this weekend despite plans not to attend, however, the furore over the cost cap breach, allegations that were leaked last week, may force him to alter his plans.

Suzuka has had a two-year Covid-19-induced absence from the F1 calendar since 2019, the year in which Valterri Bottas won for Mercedes; Hamilton has won the race on five occasions, only Michael Schumacher has won more times, with six victories.rake duty and wear.