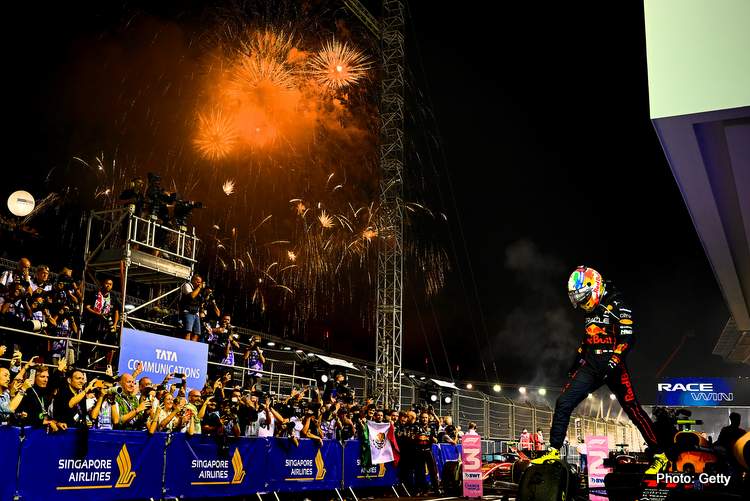 Singapore was back on the Formula 1 calendar and that was nice, but the race left a sour taste in our mouths, and we have the FIA to thank for it.

Singapore has always been a special venue for F1 and it was missed over the past couple of years, as Covid-19 kept our sport away from the Marina Bay Street Circuit.

So it was good to return, with new cars never driven there before which meant teams had no data to rely on, something that makes a race weekend more interesting.

Up to qualifying, the weekend was going on just fine. Some rain on Saturday washing away all the rubber laid down on Friday was just what the doctor ordered – not Dr. Helmut Marko though – and qualifying starting on a wet track that was drying out was thrilling with a surprising outcome; Max Verstappen finished eighth.

Another surprise – Singapore cannot take credit for this one – was Ferrari somehow getting their act together as a strategy team. Charles Leclerc however did himself no favours with his sluggish start that cost him a potential race win.

But then it was Sergio Perez who shone and took his fourth career victory, although it was probably the longest victory in the making in the history of F1…

That takes me directly to our first takeaway from several; our Takeaways from the 2022 Singapore Grand Prix.

Did Perez win? It took long enough to find out… 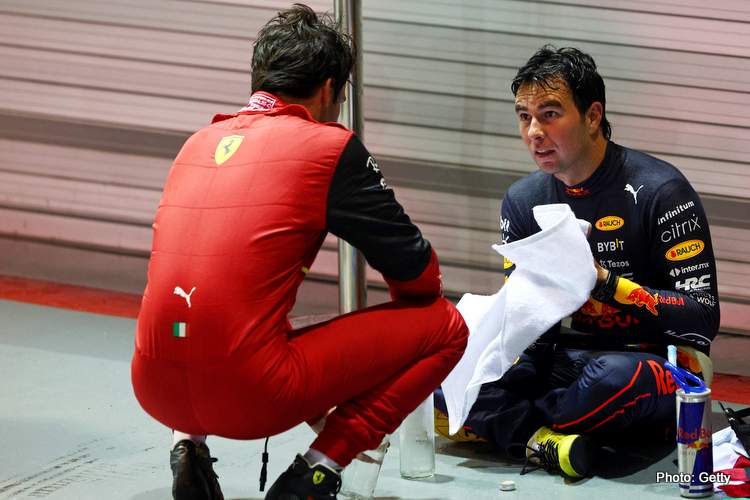 Sergio Perez has been under fire recently, and rightfully so as his performances were lacking of late, but in Singapore, he bounced back beautifully albeit with some help from his teammate Max Verstappen and Red Bull – more on that later.

He nailed the start, and took the lead from Charles Leclerc and did not put a foot wrong throughout the race despite the tricky conditions, and Leclerc’s relentless charges.

Of course we also have the two Safety Car investigations he was under that the Stewards decided to look into after the race was over, so yeah, maybe Perez did put a foot wrong there, but driving-wise he was impeccable and no one could deny him his worthiness of that win.

When Red Bull told him he was under investigation and asked him to build up a gap of five seconds or more over Leclerc to counter the effect of a potential penalty, he did not panic, but rather he put his foot down and went for it, finishing 7.595s ahead of the #16 Ferrari.

Two hours!!! What kind of a joke is that? It’s not like it is rocket science they were discussing, or maybe it was, as F1 and the FIA have made our beloved sport overcomplicated over the years that it takes a panel of supposedly experienced Stewards over two hours to measure the distance between an F1 car and a Safety Car.

I will not go through the details of the investigation nor the outcome, but what went down was plain wrong and a disgrace to the pinnacle of motorsport.

Save some money, scrap full wet tyres, invest in brooms 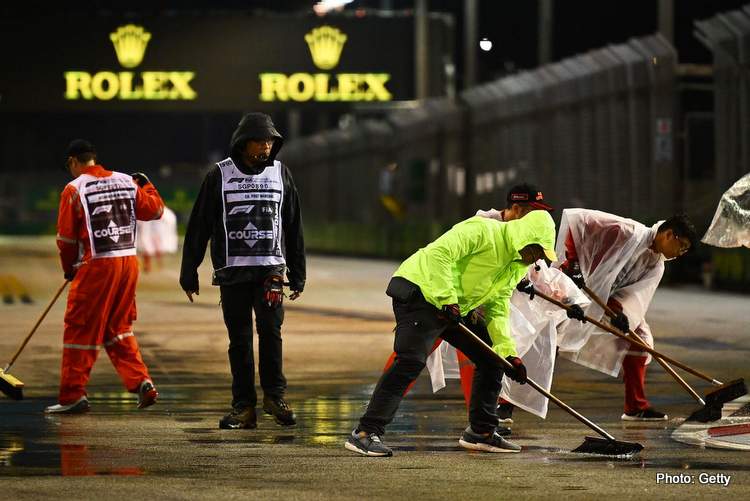 It is unfortunate that two takeaways have to be about the FIA and F1 regulations, but they honestly offered their own heads on a platter with their shambolic management of the race in Singapore. They’re becoming worse than Ferrari!

The mere mention of rain at any F1 race nowadays, just sends shivers down our spines, as we face the painful prospect of having a delayed start, or a start behind the Safety Car, or even a farce like the one we had at Spa in 2021.

Monaco 2022 springs to mind as well, when we look at what happened at the start of the race in Singapore as the track was bombarded with heavy rain.

Let’s be clear now, we are not tuning in to watch a fast Mercedes or Aston Martin road car drive around a wet track, nor did the fans on track pay shitloads of money to see that as well, and don’t forget watching poor marshals using brooms to clear the water from the track. Ground-breaking technology there!

We are all here to watch the best 20 drivers in the world driving the fastest – and SAFEST- twenty race cars on the planet; driving on the limit and showcasing their skills be it in sunny, damp, or rainy conditions. If they can’t drive in the wet anymore, send them packing.

I am in no way suggesting that we risk the lives of F1 drivers, but when we delay a race for one hour only to start it on Intermediate tyres, it is ridiculous. Why not start earlier and use the full Wet tyres?

F1 deemed it safe to have a race where missiles were flying around the track, but considered driving in wet conditions unsafe?!!

What do we have the full Wet tyres for? Just for the sake of having them? Or do we just like the Blue color on their walls?

In all cases, and since F1 is very big on cost cuts and sustainability these days, they are better off scrapping the full Wet tyres once and for all, and save the money Pirelli spends to produce and then recycle them since they don’t seem to be used except in practice sessions and filming days!

A rare scruffy weekend from Verstappen and Red Bull 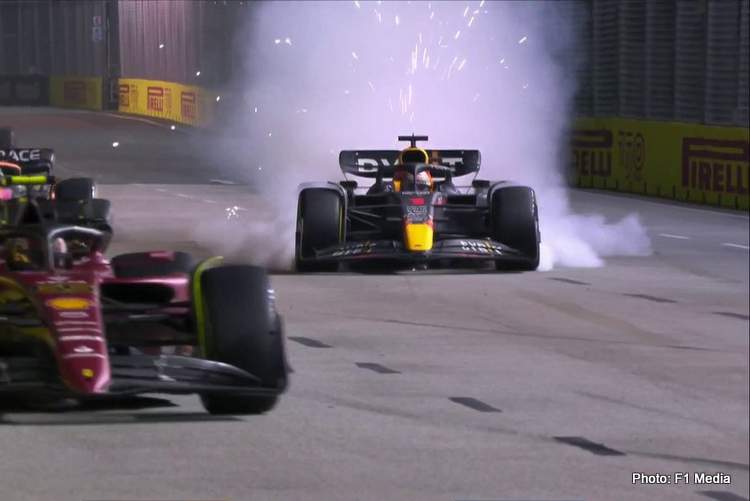 Things started reasonably well in practice on Friday, but then the second practice session was terrible as Verstappen didn’t even accumulate ten laps of running only to bounce back on Saturday.

Then came qualifying, and the Dutchman was progressing strongly through Q1 and Q2 towards Q3 when things turned pear-shaped.

Verstappen’s first laps in Q3 were scruffy, and it kind of made sense to try to have a final lap as close as possible towards the end when the track would have been at its best conditions and indeed the Red Bull ace crossed the line with only seconds remaining on the clock starting his final flying lap.

And from the first two sectors, it was one of those magical Verstappen laps until Red Bull poured cold water on their driver instructing him to pit to ensure enough fuel remained in the RB18’s tank to pass post-qualifying scrutineering.

Naturally, the reigning Champ was not happy and rightfully so, but I won’t go through the speculations of why he overreacted, as it could be something as simple as “in the heat of the moment” thing.

Maybe Red Bull wanted to make sure Verstappen wins the Championship in Japan and celebrate in Honda’s home, and he didn’t? Just kidding.

But joking aside it was an uncharacteristic error from a team that has been operating at the highest level this season, followed by another uncharacteristic performance by Verstappen on Sunday where like he said, his race was “just incredibly messy”. 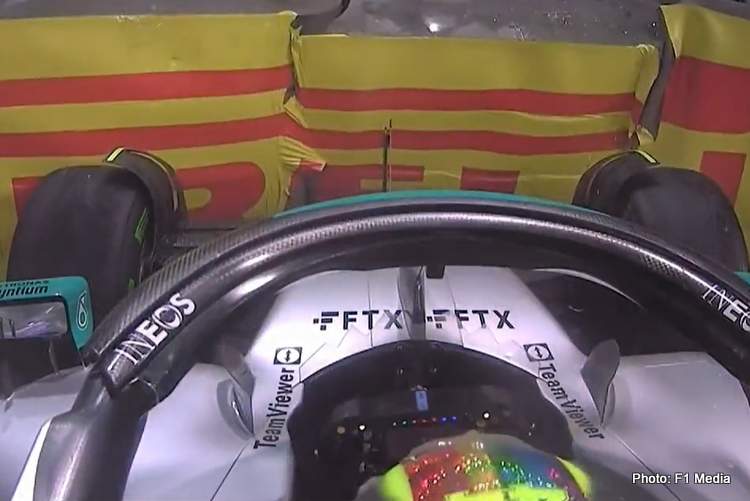 On a final note, some might feel the Red Bull cost cap saga deserves a mention here, but after some thinking, I felt it’s best to do the right thing in such cases; keep quiet and monitor what happens and the final results of the FIA audit.

We’ll have plenty to talk about then.