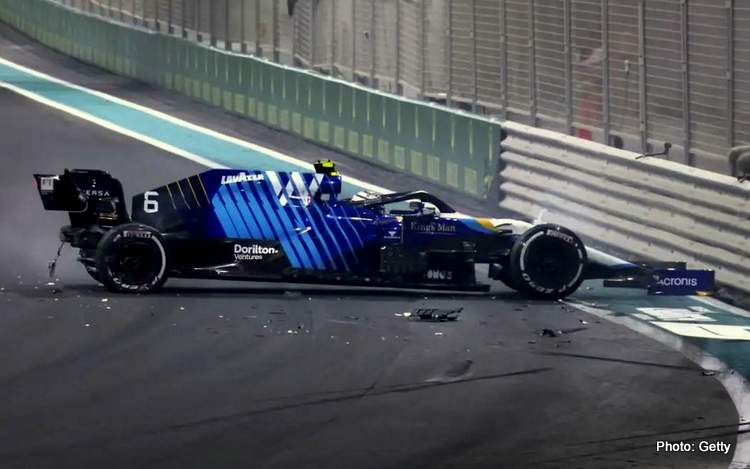 The Canadian driver was subject to much abuse and social media hate after that incident, as many thought he was to blame for Lewis Hamilton missing out on a record breaking eighth F1 Drivers’ crown.

Not that he was setting the world alight with his F1 performances, but 2022 saw Latifi dip into a new low, as he is yet to score any points, while Nyck de Vries – standing in for an ill Alex Albon – outqualified and outraced him at the 2021 Italian Grand Prix at Monza.

Williams supported Latifi, but gave him space to recover

“We had to keep giving him the confidence. We said that there was nothing wrong. Everything was fine, but it was very difficult up until then because it was the end of the season,” Capito recalled.

“He switched his social media off but if we would have interfered too much, I think we would have made the situation worse,” the German insisted.

“That’s something everybody has to get over on their own. He was fully aware that he had our backing, that we were absolutely convinced he didn’t do anything wrong.”

As for the accident, Capito added: “The crash, of course, it shouldn’t have happened but if you’re racing then crashes can happen. And we never blame a driver for that, it’s possible to crash. Otherwise, you have to stay at home if you don’t want to crash.

“I think that was also a part of why it took him quite a while in the season to find his competitiveness. I’m sure it affected his driving after that. It would have affected my driving a lot, I am absolutely convinced of this.

“So I can understand that and this is why we gave him the confidence and supported him all season and we knew he would come back,” the Williams boss maintained.

Except that Latifi did not come back, and had to endure the humiliation of being beaten by a stand-in driver who had to race the Williams FW44 with only 24 hours to prepare, which begs the question about the pay driver’s future in top flight with so many deserving talents struggling to secure F1 seats, De Vries only one clear example.