Latifi: The few days after the Abu Dhabi GP were very tricky 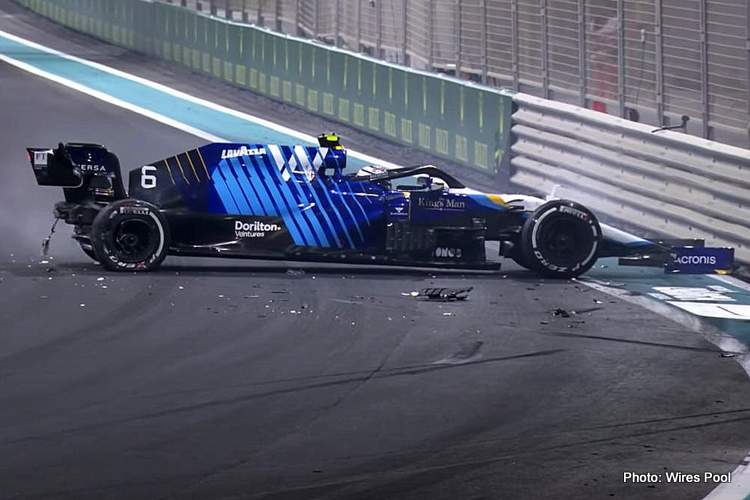 Nicholas Latifi had some very tricky days after the 2021 Abu Dhabi GP controversy, as his crash brought out the safety car, and initialed the melee that followed.

Although the mess that was made of the safety car period at the 2021 Formula 1 season finale was not down to any mistake by Latifi, but the driver inadvertently found himself in the midst of the controversy that followed.

The Williams driver was attacked and abused on social media, as some saw his crash a cause of the safety car period and the chain of events that followed with the outcome being Max Verstappen crowned F1 Champion and Lewis Hamilton suffering bitter defeat.

The abuse the Canadian suffered is incomprehensible to be honest, and he went on to post a message on social media days after the Abu Dhabi race, where he admitted contemplating the closure of all his social media accounts due to the hatred and threat messages he received.

Months later, Latifi re-visited those tough days he experienced after the season finale when speaking to Sky Sports F1.

“I already feel that it’s kind of behind me. It’s past,” he began.

“It was obviously a very tricky few days with everything going on afterwards, but it’s part of the sport. It’s kind of what I was expecting to happen, as I kind of mentioned in the [social media] post.

“I’m kind of past it now,” he admitted. “For sure, once the season picks up, it gives something more important for people to talk about!”

“It’s long in the past for me now,” Latifi adamantly concluded.

The Williams driver is now gearing up for his third season in top flight, as he will be joined by a new teammate in the form of Red Bull refugee Alex Albon, as his team is yet to announce the launch date of their 2022 F1 car.

Ready to step back into the office 💼 pic.twitter.com/uOlQ2kVQkV