Tost: I was convinced Vettel could become a Champion 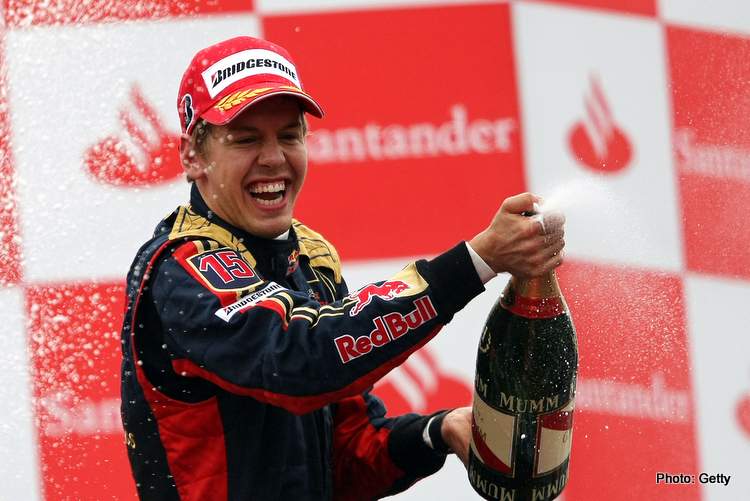 Sebastian Vettel’s former boss, Franz Tost, revealed he was convinced the German could become a Formula 1 World Champion from his early days in the sport.

Vettel drove at Toro Rosso (now AlphaTauri) under the watchful eyes of Tost in 2007 and 2008, where he famously won a wet 2008 Italian Grand Prix from pole.

Before that, Vettel made his debut with BMW Sauber at the 2007 US Grand Prix, where he stood in for Robert Kubica who had a massive crash a race earlier, the Canadian Grand Prix of that year.

Asked to reflect about the four-time Champion’s career after he announced his retirement on the eve of the 2022 Hungarian Grand Prix, Tost said: “I observed him already in Formula BMW, and he won so many races.

“Afterwards, we met a couple of times, and he was very focused. The questions he asked were really good for a young driver.

“[One of] his big advantages [was], first of all, he was 100 per cent committed to Formula 1, or to motorsports in general in those days,” he added.

“When he came to us, he brought in fresh blood, new ideas,” Tost continued. “He was very demanding and asking many questions. He went into details, which is very important, and he was always in a good mood, although we had at the beginning with the car some problems.

“[With] his way of working, [it] was clear for me that he will become a real big driver,” Tost claimed. “I was convinced that he [could] become a World Champion in Formula 1, if he’s [at] the correct time [and] the correct team, and this was the case with Red Bull Racing.

“And then with Ferrari, he was very successful. He won many races also for Scuderia Ferrari,” he pointed out.

“We will miss him. I personally [will], of course,” Tost went on. “He is a fantastic character, always open, and he was simply very, very successful.

“We will always keep him in mind because, with four World Champion titles, he is in the list on the top, behind Michael [Schumacher] and [Lewis] Hamilton. [Juan Manuel] Fangio has five, and then it’s him and [Alain] Prost, and therefore he has place in history.

“At Scuderia AlphaTauri, there is one staircase, the Vettel, named to him,” the Austrian revealed. “Therefore we will always remember him with fantastic pictures, with his overall, and [for] the victory of Monza.

“I wish him and his family all the best for the future,” the AlphaTauri boss concluded.