Vettel: We can hang on to our motorsport history in a responsible way 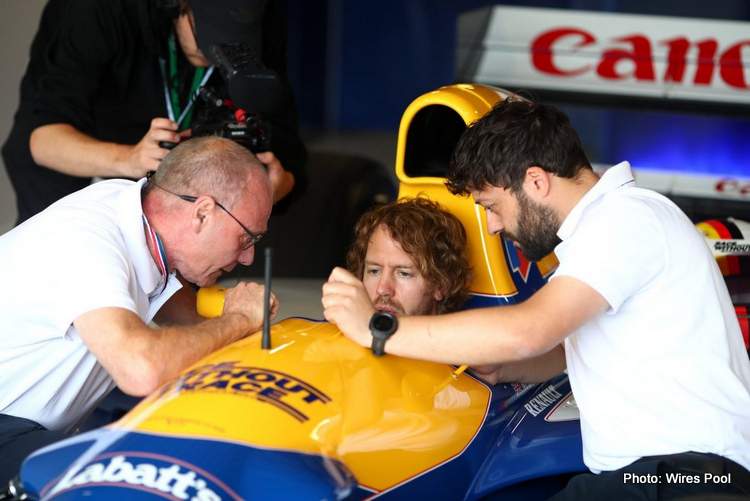 Sebastian Vettel said ahead of a demo run in his own Williams FW14B in Silverstone using carbon neutral fuels, that we can hang on to our motorsport history responsibly.

Vettel will be commemorating the 30-year anniversary of Nigel Mansell’s at the 1992 British Grand Prix, with a demo run of his own Williams FW14B, that bears the famous Red Five number Mansell used.

The four-time Formula 1 Champions is a known enthusiast of the sport’s history, and bought the car famed with its active suspension, that was up for sale in an auction back in 2020.

The demo run will take place on Sunday, and sustainable fuel will be powering the V10 engine of the iconic car, that Mansell piloted to his 1992 F1 Title.

“I’m expecting to have a lot of fun and I hope people can share that fun, because I think it’s an incredible car, the history of the car, the way it sounds. So I’m looking forward to it,” Vettel spoke to F1’s Official Website of upcoming run. 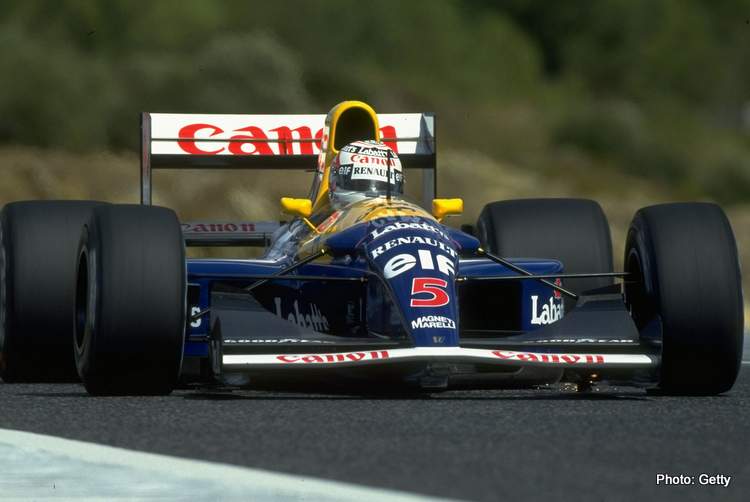 “It was my idea, it’s my car,” he revealed. “I bought the car some years ago because it’s ‘red five’ – that means a bit more than just a car from 30 years ago.

“Obviously I’ve got the number five on my car, I won my championship with the red five – even if it was a little bit smaller on our car – I was wearing number five in karting quite a lot, and I have number five now, so there’s a link there.

“And I think the early 90s are the [earliest] memories I have from Formula 1 – the first memories are that car and the years after.

“So it was my idea and I thought exactly 30 years after it won the championship in 1992, and the British Grand Prix, it was a great idea,” the Aston Martin driver added.

Vettel went on to point out the importance of using carbon-neutral fuels to power the FW14B during the run, which shows that F1 history and sustainability can coexist, according to the driver who has recently become quite active on environmental matters.

“It was some effort to find the fuel but once we found it it was actually very easy, it only took one shakedown to get on top of it.

Vettel won’t go to the limit with “his car” 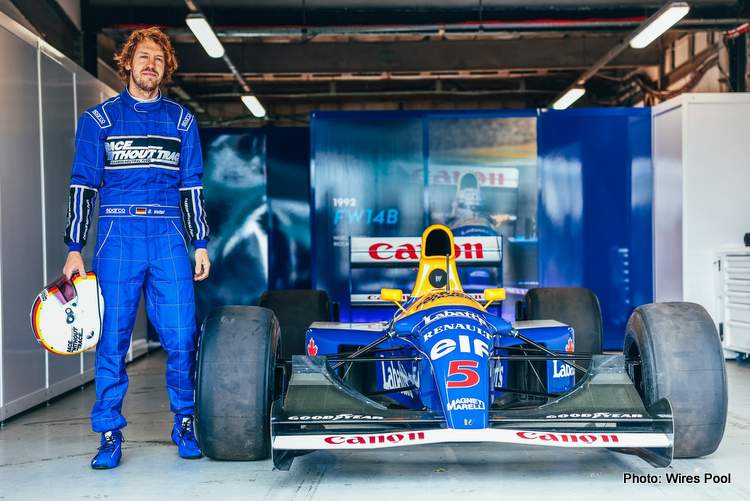 Vettel however will be taking it easy with his car and said: “I will not try within a couple of laps to go to the absolute limit, but I will try to enjoy it which means go as fast as I feel comfortable with – bearing in mind it’s my car!

“Motorsport is all our passion, it’s what we grew up with,” the 34-year old continued. “I think the cars I dreamt of as a child might be different to some of the other drivers but it’s important to find a way that we can do it responsibly as well to keep these cars and the history alive.

“You can express culture in many ways: music, art, but our way of expressing ourselves is driving cars, racing cars, and it would be a shame if that was all to disappear, and I think it’s a way to keep it alive.

“And looking forward, Formula 1 is headed in that direction in 2026 [when F1 will be using 100% sustainable fuel] and I think it’s a great way to put it all together and have some fun,” the 53-time race winner concluded.