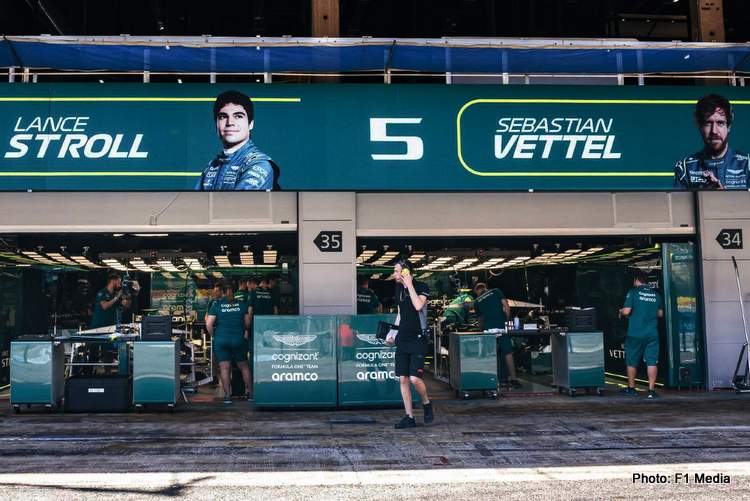 Aston Martin responded the Red Bull’s accusations of wrong doing with regards to their upgraded AMR22 on Saturday, claiming the accusations are unfounded.

The Formula 1 community has a new controversy to deal with on the weekend of the 2022 Spanish Grand Prix in Barcelona, as Aston Martin unveiled a heavily updated AMR22, with a striking resemblance to Red Bull’s RB18.

The FIA deemed the “Green Bull” legal, but Red Bull are not satisfied, with their consultant Dr. Helmut Marko firing out serious allegations that former Red Bull employees that departed to Aston Martin have taken data with them to their new employer, and have the evidence to back his allegations up.

Aston Martin responded through their Chief Technical Officer Andrew Green, who spoke to Sky Sports F1 regarding what could be a copy-gate saga.

“At the time, when we were looking at directions to take we gave ourselves flexibility,” he added.

“We designed a chassis that could go in both directions and we couldn’t do what we did this weekend without planning way in advance. You can’t change a cooling system the way that we changed it over overnight.

“You would have to do a brand new chassis which you can’t do so the chassis was designed for this in August last year,” Green insisted.

The Aston Martin technical boss claimed they were closely monitoring Red Bull’s performance to see whether their design philosophy is successful before following suit.

“It was interesting (to see Red Bull’s car) but we were waiting to see whether they would perform or not,” he said. “It was encouraging that another team had gone down the same route but was it going to be a performer?

“We had to wait and see how they performed and they are performing quite well so it just reinforced the decision that we had made earlier last year that the path we had taken was the wrong one.

“We absolutely deny that we received any information from the Red Bull employees who started with us. It is absolutely forbidden and we would never accept it.

“I think their accusations are completely unfounded,” Green maintained.

What makes Aston Martin more of a suspect in this dilemma is that they have a history in copying cars from the competition, as they have previously copied Mercedes 2019 W10 in 2020, when they were still known as Racing Point, with their copycat car dubbed the Pink Mercedes at the time.

They were fined € 400,000 after Renault protested their RP20’s brake ducts, and 15 points were deducted from their Constructors’ points’ haul costing them third place that year.

Another case of deja vu?