Verstappen: It’s all going to be about car development 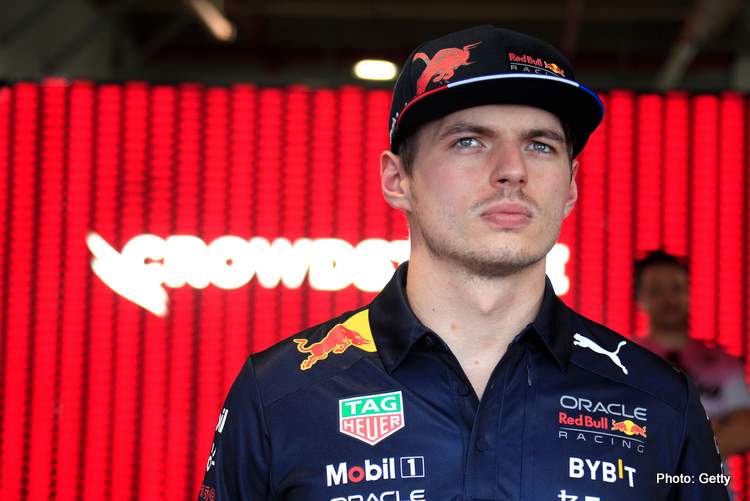 Max Verstappen said ahead of the 2022 Spanish Grand Prix that the race towards this year’s Formula 1 Title will be all about car development.

Verstappen enters the weekend of the Spanish Grand Prix on a high, having won two races in a row in Miami and Imola before that, as Red Bull seem to hold a slight performance advantage over Ferrari. As a result, 1xBit promo code are offering favourite odds on the Dutchman.

But Barcelona traditionally is the venue where teams start bringing major upgrades to their cars, and Ferrari are doing exactly that, as they kept their their rapid F1-75 virtually unchanged for the first five races of the season.

Red Bull on the other hand have been working on developing their RB18, something Mattia Binotto said might affect the energy drinks long-term development plan under the cost cap.

Verstappen however is not concerned about his team’s development and said: “There’s plenty left in the tank!

“There’s always things we can do better, and I think at the moment the main one for us is reliability, so we’ll just try to get on top of that first.

“I think we just have a team working really well on-track, but also back at the factory, it’s very efficient, and I think that, of course, with the cost cap is very important.

“But I think we’re definitely one of the best on the grid with that,” the reigning World Champion added.

Red Bull will do well in Barcelona

Previewing this weekend’s Spanish Grand Prix, the Dutchman said: “I expect us to do well here, but of course, you have to wait and see what the other teams are going to bring.

“We’ll see. I’m pretty relaxed. It’s a long season and I know that it’s all going to be about development in the car anyway. So, step by step, every race,” he explained.

Verstappen is fighting Ferrari’s Charles Leclerc this year, after his showdown with Mercedes Lewis Hamilton in 2021, and he reflected: “I enjoy it; I know Charles a bit longer of course than… Lewis in general.

“And what I like is that I think there’s a lot of respect between the two teams as well – not only between the two drivers – and we can really go up to each other and say ‘you did a better job than us this week’, and they do the same.

“You always want to try and beat each other, but I think it also really motivates the team when you lose – you try and come back stronger. That’s nice and I really hope for the rest of the season it can be like that.

“I think that’s the nice thing about Formula 1 as well, and I think also for F1 in general, to have Ferrari back on top and in the front, it’s what they need,” the winner of 23 grands prix mused.

Back at a familiar track 🇪🇸 Here’s @Max33Verstappen for a virtual lap of the #SpanishGP on @Formula1Game 🎮 @Citrix 💪 #UnlockPotential pic.twitter.com/KIlJScV0Xu