Villeneuve: Ferrari is the new Mercedes 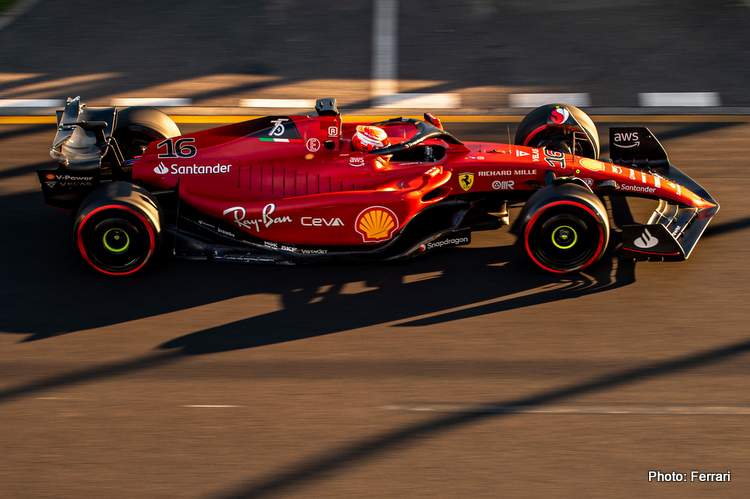 Ferrari took a commanding victory at the 2022 Australian Grand Prix with Charles Leclerc, their dominance so obvious Jacques Villeneuve claimed they are the new Mercedes.

Never at any moment in the race was Charles Leclerc at risk of losing the lead, as Max Verstappen chased him hard until his Red Bull called it a day on lap 39 of the race, the Monegasque always keeping the Dutchman at arm’s length.

It was the second retirement for the reigning World Formula 1 Champion in three races, his points’ haul paused on 25 compared with 71 for Leclerc, as the RB18 seems to be a fast car, but prone to break downs, while Villeneuve also believes it is difficult drive.

“At Red Bull they are also frustrated, there is no way around it,” the Canadian said in his latest formule1.nl column commenting on the race in Melbourne on Sunday.

The RB18 is fast but hard to drive

“The car is fast but difficult to drive. To grab the last much needed tenths in the battle against Ferrari, Max Verstappen and Sergio Pèrez will have to pull out all the stops.

“Ferrari is marginally faster but seemingly easier to drive and easier to tune,” Villeneuve claimed. “They will still be competing at the front on a lesser weekend. This is psychologically tough for Red Bull.

Villeneuve believes that Red Bull are suspect to a different kind of pressure when fighting Ferrari after hunting and beating Mercedes last year.

“They are used to chasing Mercedes but now they are the champion. That brings a different pressure,” he said. “They should have been top 4 with both drivers and second among the constructors but they are far from it.

“These are very expensive DNFs,” the 51-year-old warned.

Ferrari is the new Mercedes

Villeneuve, whose father Gilles drove for Ferrari from 1977 until his untimely death in 1982 crashing at the 1982 Belgium Grand Prix in Zolder, predicted that this might be the breakthrough year for Ferrari after so many false dawns before.

“Because Charles Leclerc keeps winning. He has the championship under control now,” the winner of 11 Grands Prix said. “Of course, there are still 20 races to go and a lot of work to be done.

“But he has his teammate at bay, the team more or less behind him and a gap to his main rival Max Verstappen,” he reflected.

“In Italy, I’ve been talked to many times, “Is this the year, is it really going to happen?” The tifosi find it hard to believe,” Villeneuve revealed. “You can see them thinking, “When will it go wrong?” Surely they are used to that after the Alonso and Vettel years.

“But Ferrari is very fast, in fact it is the new Mercedes!,” the 1997 F1 Champion concluded.