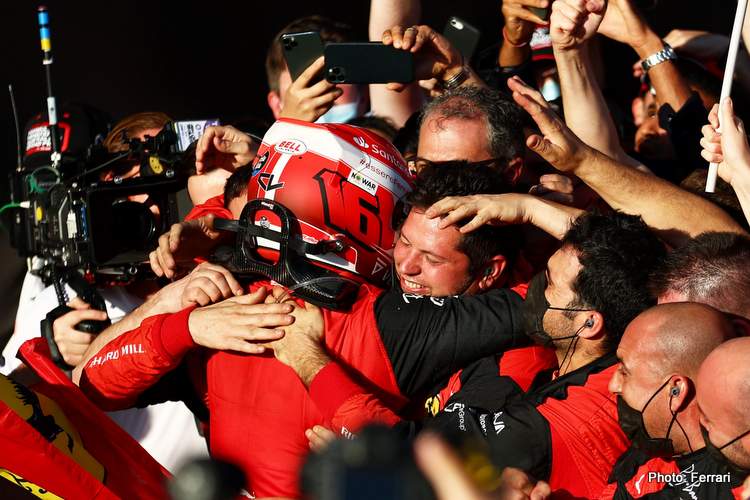 A masterful Charles Leclerc in dominant style won the 2022 Australian Grand Prix in front of some 420,000 Formula 1 fans who descended on Albert Park, the largest sporting crowd ever to gather to watch an event in the sport-mad country.

Charles Leclerc made no mistakes and controlled the race as he powered to his first victory in Australia, the first in Melbourne for Ferrari since Sebastian Vettel won for them in 2018.

Early on the lone Red staved off Max Verstappen, who tucked behind Leclerc from the start and remained there all race long, the Red Bull struggling to find the pace that the Ferrari had at the front.

Despite safety cars and VSCs, the Monegasque was imperious, delivering a champion-style, hassle-free victory for his team while those around him faltered. It’s early days but this was a significant win and points haul that may serve him well when points are counted at the end of the season.

Leclerc was never really challenged, apart from a sniff by Verstappen after the second safety car start, but the Red car pegged the lead over Verstappen to about 5-6 seconds. But that all came to nothing when another failure (like the DNF Bahrain) means another no points haul for the World Champion.

Heartbreak for Max Verstappen in Australia 💔

An podium opportunity missed for the Dutchman after a strong showing ended prematurely with a car problem 😫#AusGP #F1 pic.twitter.com/DXeOAe1r4X

In control for what in the end will go down as a relatively easy and dominant victory, popping the fastest purple laps on demand, it was victory by 20 seconds, even with a late safety car, a resounding message to Ferrari’s rivals.

It’s been a long time since the Tifosi have had so much to celebrate as Leclerc is starting to look like World Champion material, even this early in the season, thanks to a fabulous F1-75 that all the good people at Maranello have produced to vindicate their team boss Mattia Binotto.

Leclerc was pumped as he slowed down, savouring his fourth Grand Prix victory, he declared over the radio: “Yes! Let’s go – come on! Yes! Amazing, the car was incredible today. Well done, guys.”

Leclerc: We probably have chances for the championship, which makes me smile

Afterwards, he told Mark Webber in parc ferme: “It’s the first one where we’ve controlled the gap and what a car today. Of course, I did a good job all weekend, but it’s not possible without the car. Especially this weekend with the race pace, we were extremely strong.

“Obviously we are only at the third race, so it is difficult to think about the championship. But we’ve got a very strong car, a very reliable car too and for now we’ve always been there.

“I hope it continues like this and if it does then we probably have chances for the championship, which makes me smile,” added Leclerc.

In stark contrast, on lap 40 it all went pear-shaped for his likely title rival Verstappen who chased all day but did not appear to have an answer in his Red Bull but was nevertheless looking good for sure second place at least.

But, as mentioned, Lady Luck struck went AWOL, an engine issue forcing the World Champion to stop. His second DNF in three races and a major blow to his Title defence. He now trails Leclerc by 46 points. 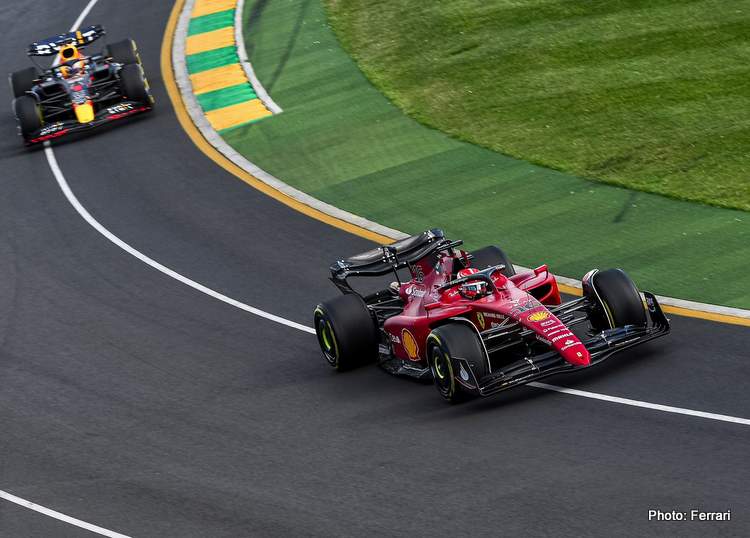 It was a highly disappointing race for Carlos Sainz

The Ferrari driver needed a good result today, after a botched qualifying had him starting ninth with a potentially race-winning car.

It got far worse, the Spaniard botched his start and found himself in the midfield hornet’s nest, and there it lasted two laps before he beached it, spinning wildly across the track, lucky not to collect a rival.

A safety car was deployed to clear the intact Ferrari that would not continue the race, as its driver trudged through the gravel as his teammate led the pack behind the flashing yellow lights.

A miserable weekend for Sainz, which in fairness was compounded by his team dropping the ball on his side of the garage.

A disappointing end to Carlos Sainz’s Sunday on Lap 1 😔

Limiting the damage on the day for Red Bull, Sergio Perez finished second. He soldiered back after a bad start, which saw him drop down the order. But he got on with it to score a deserved podium.

That was a bit tricky getting my position, Lewis overtook me, he broke really late and had a really good turn one,” Perez said in Parc Ferme after the race. “Then after that it was about getting him then the virtual safety car.

“There was a lot of degradation (on the medium tyres) and then it was better on the hard but we got unlucky with the safety car.

“It was a good result but unfortunately we lost Max, it would have been great to have a double podium on the team. But looking forward now, we have been unlucky in the first few races,” added Perez on the occasion of his 15th podium finish in F1.

The World Champs will be buoyed by the result with a car that is far from maximised. A podium for Russell with Hamilton, marking a turnaround of sorts for Mercedes who enjoyed an afternoon they would not have expected.

Silverware for @SChecoPerez 🏆 Our fifth visit to the podium in Albert Park 🇦🇺 pic.twitter.com/9nAzQ29io0

Ahead of his first podium as a Mercedes driver, Russell said: “We’ve got to be in it to win it and capitalise from others’ misfortune.

“We got a bit lucky twice, but we’ll take it and there is so much work going on to try to get us back to the front. To be standing on the podium is special,” added Russell.

The race-pace pecking order at this stage of the championship is Ferrari and Red Bull at the front, followed by Mercedes closing the gap. And then the rest.

Alpine had a day of mixed fortunes, their car potent in qualifying clearly lacks in the race. Nevertheless, Esteban Ocon fought well to finish seventh, while teammate Fernando Alonso – after crashing in qualifying – promised much but in the end, it was a forgettable afternoon for the oldest driver on the grid as the safety cars did him no favours.

Valtteri Bottas finished eighth for Alfa Romeo, the Finn driving a smart and patient race to scoop valuable points for the Swiss outfit, who were not quite the force they were in the Middle East. Guanyu Zhou was 11th in the sister car.

AlphaTauri’s Pierre Gasly was ninth, followed by Alex Albon who was excellent on the day, scoring a point for Williams after a lengthy stint on the Pirelli hard rubber. It was an impeccable show of “tyre whispering” by the Thai driver.

It was a problem packed Australian Grand Prix for the Dream Team.

The AMR22 is a putrid car, undrivable, a handful and outright dangerous, easily the worst car on the grid at this stage. SHITBOX in capital letters.

Likewise, Lance Stroll won himself no fans, crashing mindlessly in qualifying after his team rebuilt the car he had trashed. Today, he got a five seconds penalty for weaving! The kid needs a race ban to clear his head.

On the other hand, one can only feel bad for three-time Australian Grand Prix winner Vettel whose career continues to freefall, he hardly got any seat time on his return to the F1 circus thanks to non-stop niggles in his car. How long will he tolerate this humiliation?

In the race, he crashed to bring an end to his first weekend of the season and, sadly, a glimpse of the anguish he faces with the shitbox Lawrence Stroll’s expensively assembled team has produced for their unfortunate drivers.

He grabs his fourth win in Formula 1 with a stunning display in Australia 🙌#AusGP #F1 pic.twitter.com/Mhj1myxOSO 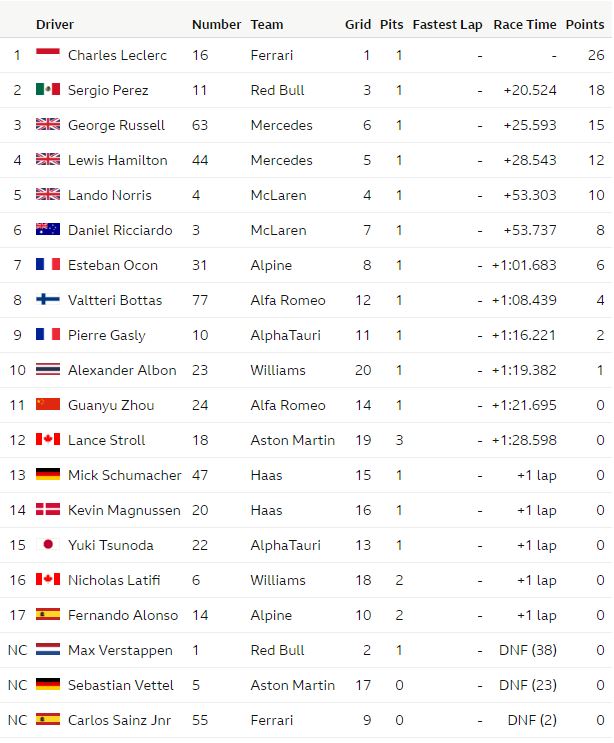 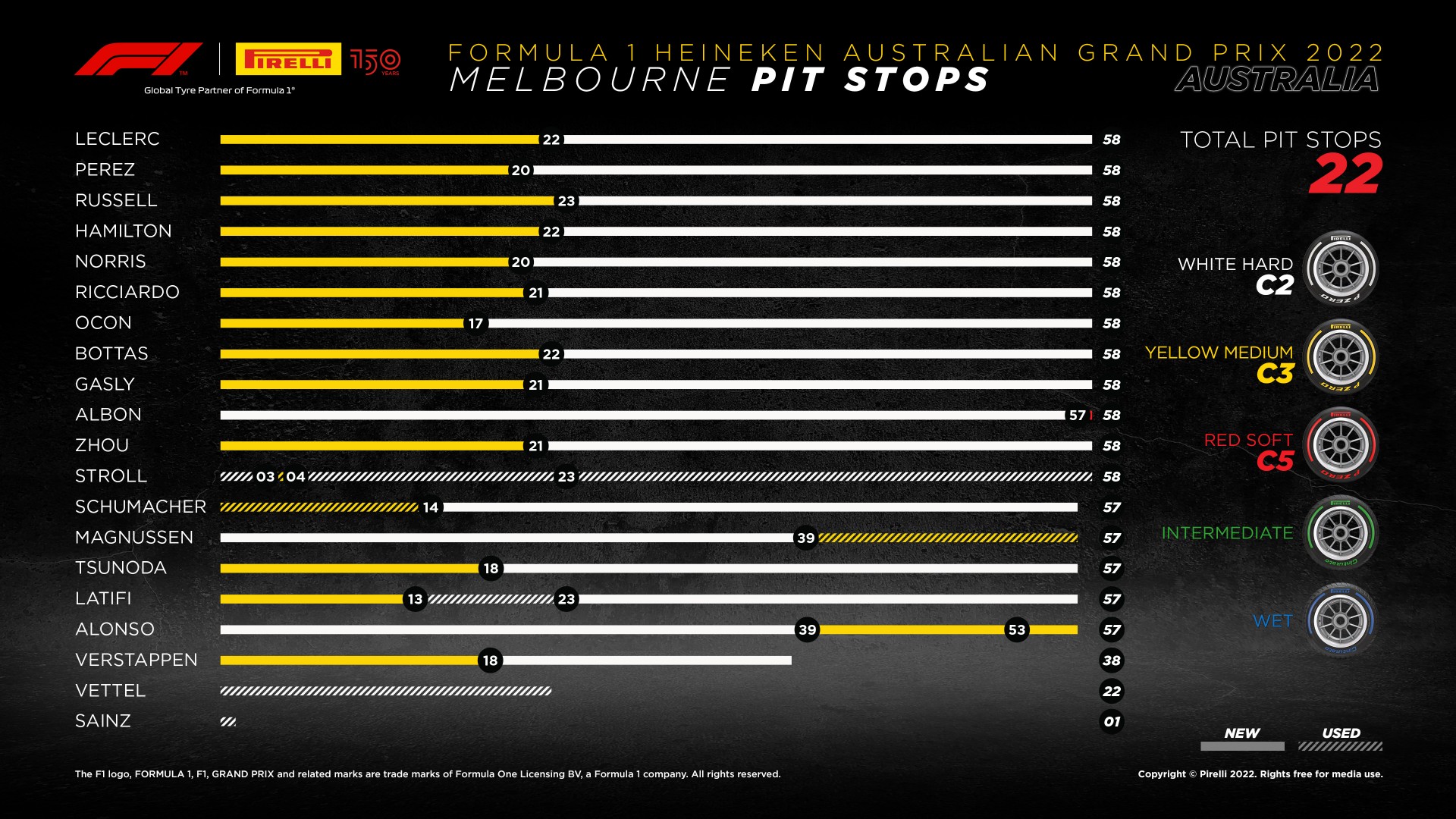 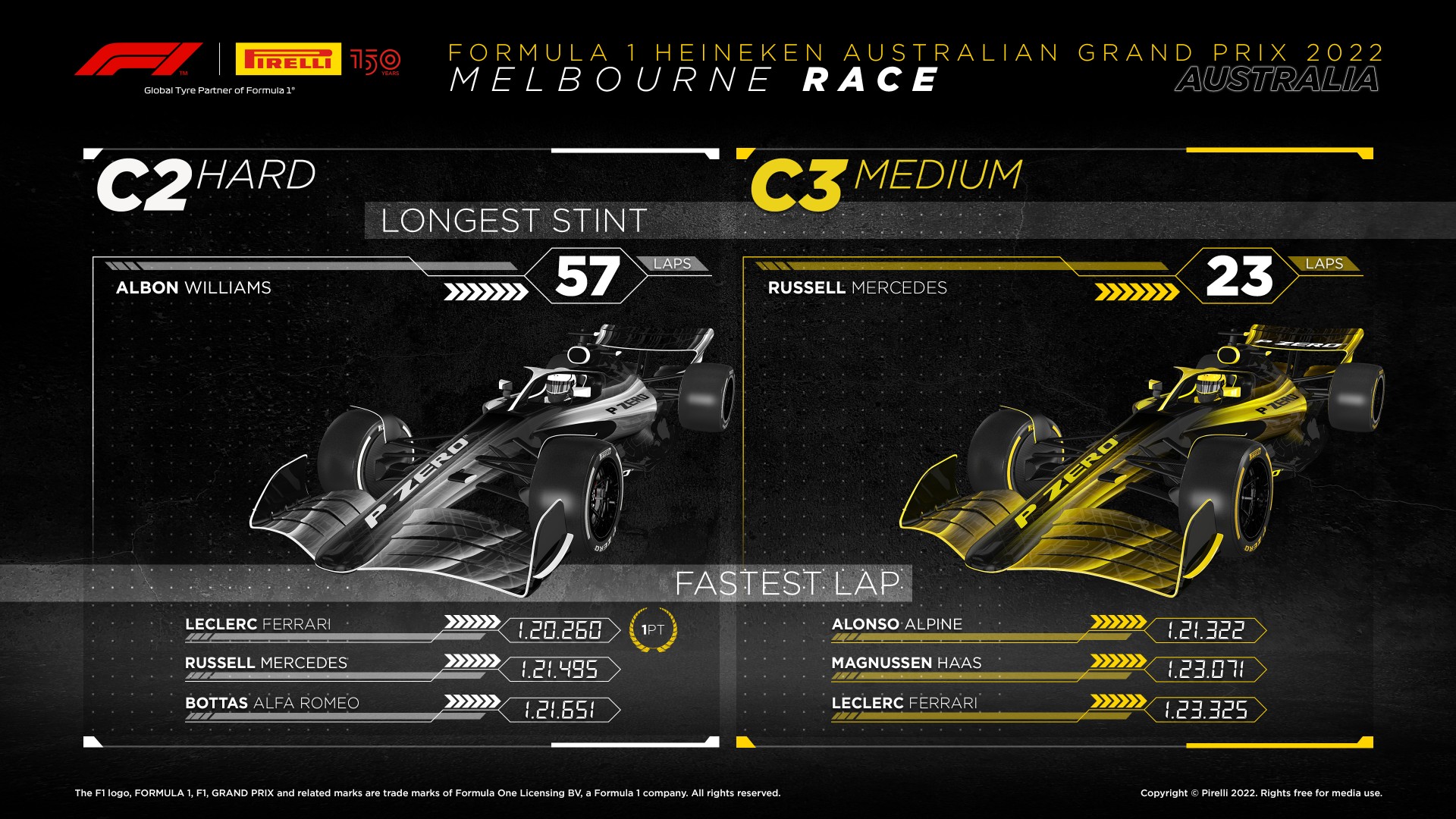 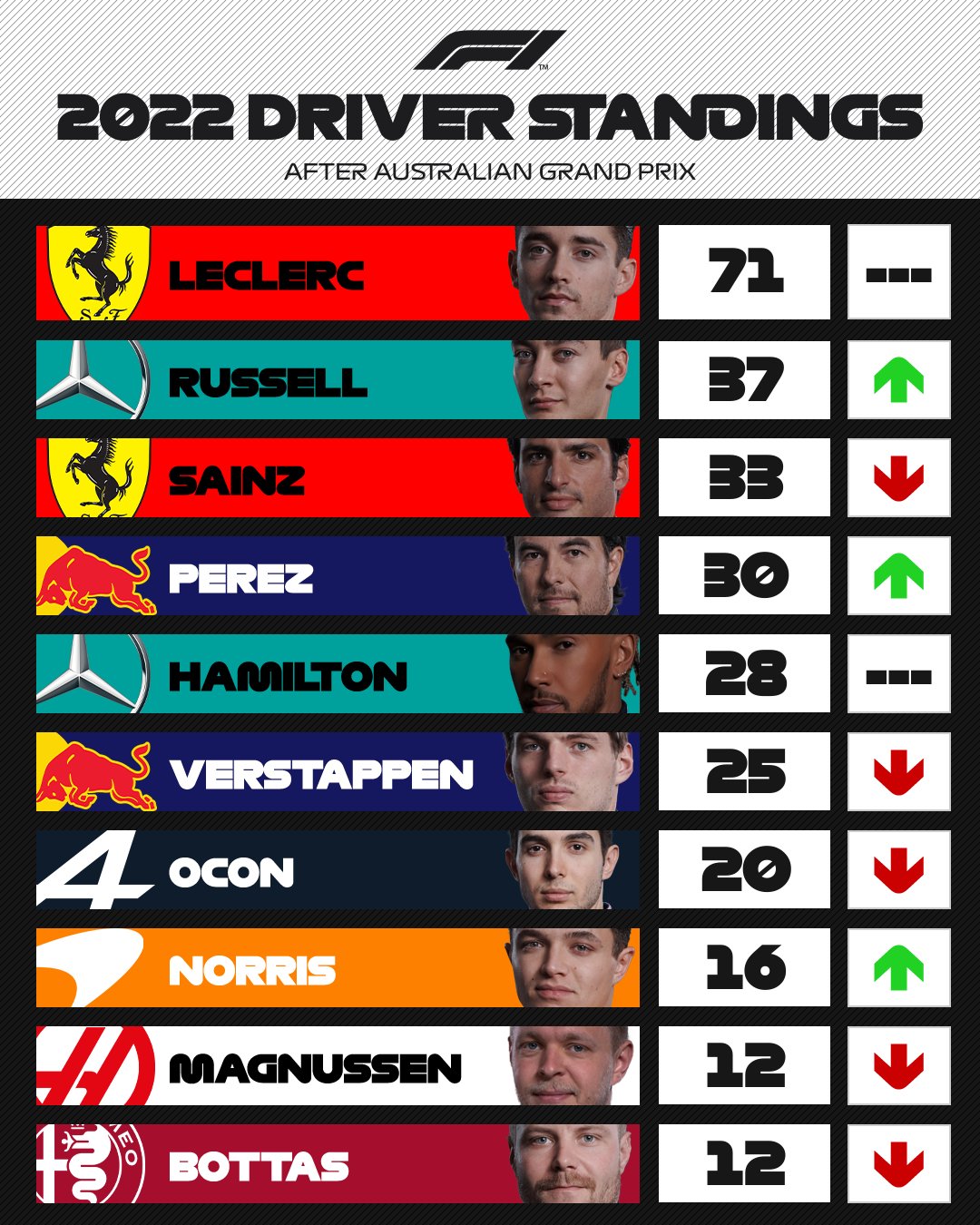 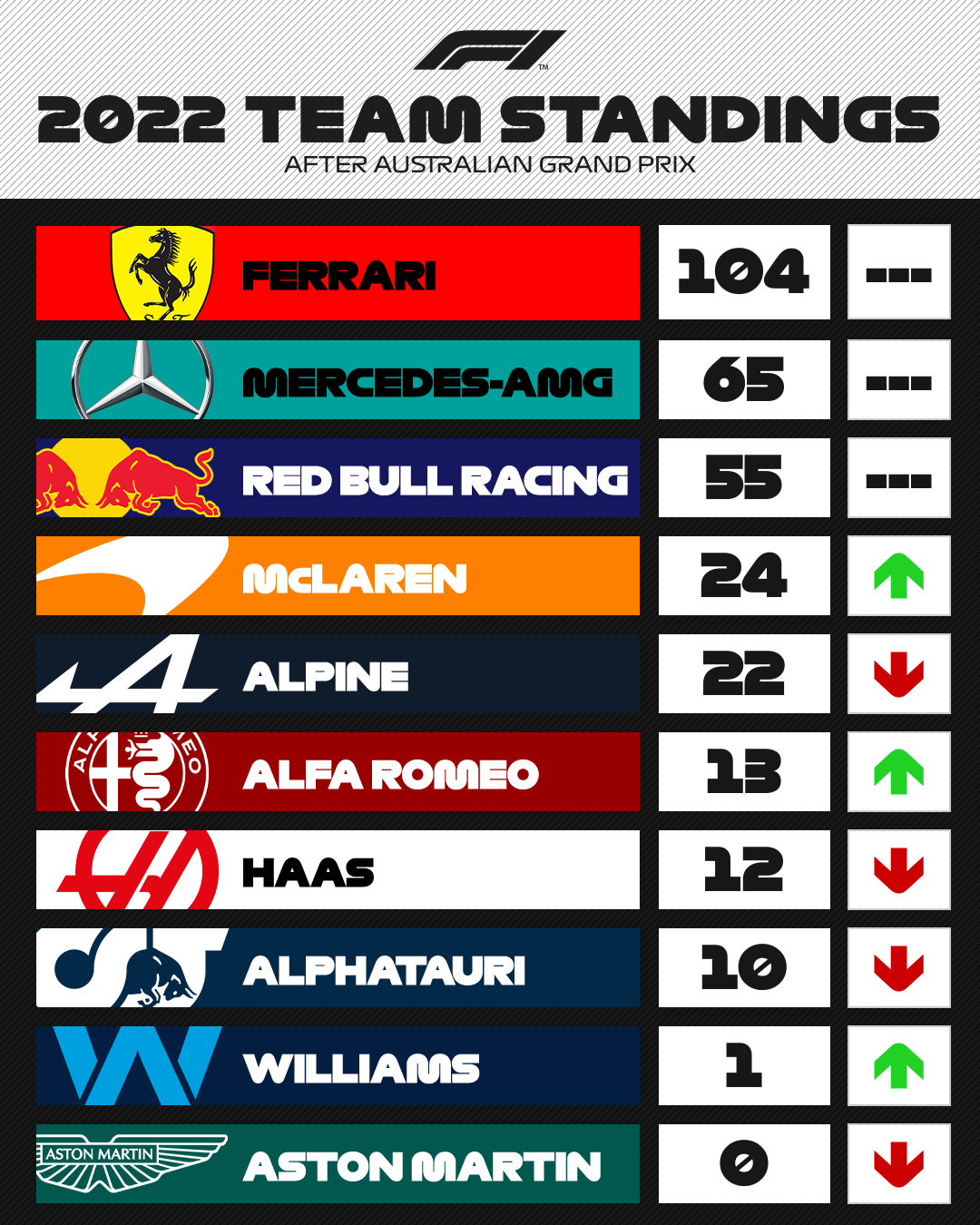