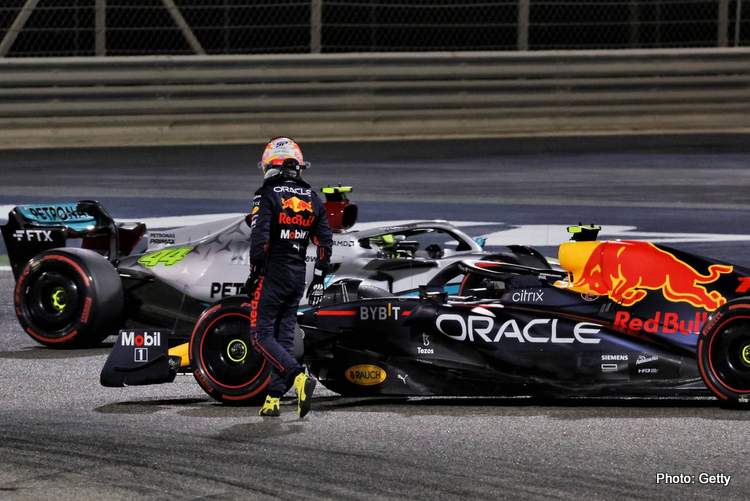 Red Bull confirmed that a vacuum in their fuel system that caused a drop in fuel pressure led to the problems that put both their cars out of Sunday’s season-opening Bahrain Grand Prix.

Formula 1 World Champion Max Verstappen retired from the race three laps from the end while on course for a second-place finish behind Ferrari winner Charles Leclerc.

His Mexican teammate Sergio Perez followed him into retirement on the final lap while running third.

“Both cars suffered from a lack of fuel pressure last weekend,” said a spokesperson for the team ahead of Sunday’s Saudi Arabian Grand Prix.

“The correct amount of fuel was in both cars but a vacuum prevented the pumps from drawing fuel and delivering it to the engine. We’ve taken the necessary steps to correct this issue and we expect no problems this weekend.”

Perez told Reuters on Thursday that the problem had stemmed from a standard-issue part but that Red Bull’s fuel system had not worked as expected.

Perez: A year is a long time in Formula 1 and we’re only one race in

Previewing the race weekend in Jeddah, Perez said: “It was going to be a great start to the season but unfortunately, we didn’t manage to get the result we were hoping for.

“It is very disappointing to not be able to execute the result we wanted; we had the podium in our pocket until the last lap. A couple of laps before the end I could feel I was losing power, we knew there was an issue and we knew what had happened with Max.

“I had a similar issue to his car, at the moment we think it was a fuel system problem and basically the engine just stopped. It is tough to digest but we are going to look for the positives and come back stronger next week in Jeddah.

“I am sure we will get to the bottom of the problem, we are a great Team and I really believe in them. Very disappointing and an unfortunate start to our season but a year is a long time in Formula 1 and we’re only one race in,” added the Mexican veteran.