FIA: Masi made a human error but acted in good faith 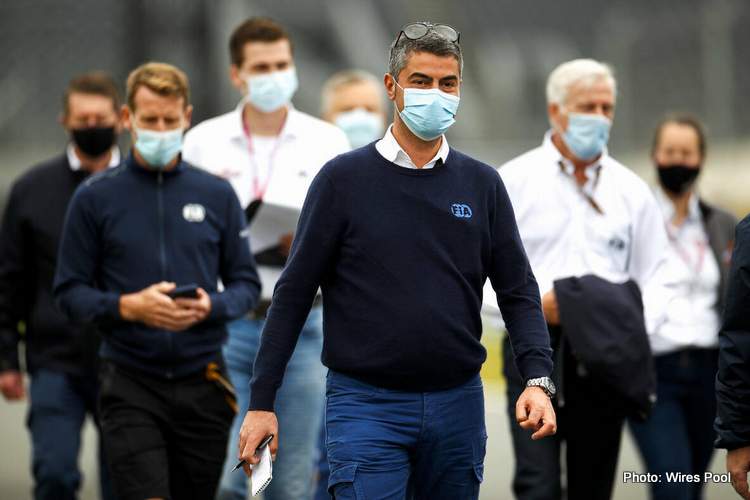 During the finale at Yas Marina in December, Masi allowed only the lapped cars between Max Verstappen and Lewis Hamilton to unlap themselves as he prepared to get the race restarted after a safety car period.

That gave the Dutchman the chance to pass Hamilton for the lead on the last lap which denied the Briton an unprecedented eighth title and sparked a backlash from fans and triggered ongoing inhumane hate at Masi.

“The process of identifying lapped cars has up until now been a manual one and human error lead to the fact that not all cars were allowed to unlap themselves,” said the report, the result of an investigation into the events in Abu Dhabi, which was presented at the FIA’s World Motor Sport Council ahead of the 2022 season-opening race in Bahrain.

In response, the FIA had developed software that will automatically inform lapped cars allowed to move back on to the lead lap that they may unlap themselves, the report said.

The wording of the regulations has also been clarified to say “all” lapped cars must unlap themselves, instead of “any” lapped cars that was previously in the rules.

The report also acknowledged that the rules governing a safety car restart were open to interpretation.

It said Masi was trying to allow for one final racing lap, in accordance with feedback from various stakeholders, including teams and drivers, expressing their preference for races ending under green flag conditions.

“In combination with the objective to finish under green flag racing conditions applied throughout the 2021 season, the report finds that the race director was acting in good faith and to the best of his knowledge given the difficult circumstances,” said the findings.

Masi was replaced as race director by Niels Wittich and Eduardo Freitas, who will alternate in the role, as part of an overhaul of the FIA’s refereeing system unveiled last month.

It also included the setting up of a virtual race control centre similar to football’s VAR.

The report fleshed out the working of the remote race control centre, which it said would be based in Geneva, and act as a “supporting resource” to the race direction team on site.

The World Motor Sport Council convened today for the first meeting of 2022. The meeting was chaired by FIA President Mohammed Ben Sulayem with FIA Deputy President for Sport Robert Reid and WMSC members joining in person and via video conference.

The event was staged in the Kingdom of Bahrain and hosted by his Royal Highness Salman Bin Hamad Al Khalifa and organised by Sheikh Abdulla Bin Isa Al Khalifa, the President of the Bahrain Motor Federation.

A report was presented to the World Council in relation to the detailed analysis and clarification exercise that has been conducted in response to the events that took place at the 2021 FIA Formula 1 Abu Dhabi Grand Prix. The purpose of the detailed analysis and clarification exercise was to identify any lessons that can be learned from the events that took place and consider how best to provide clarity regarding the Formula 1 rules and regulations in order to preserve the competitive nature of the sport while ensuring the safety of both drivers and officials.

As part of the exercise, the Formula 1 Sporting Advisory Committee was instructed to consider the Formula 1 Sporting Regulations and key stakeholders were interviewed and consulted, including the Teams and Drivers, the Race Direction team, and the FIA staff supporting the race management team. The report sets out the findings, conclusions and recommendations arising from the detailed analysis and clarification exercise.

The report focused solely on the facts surrounding these events, and determined the following key points:

The WMSC unanimously endorsed the contents of this report and the FIA will continue in its work to implement the recommendations identified as soon as possible.

Click here to view an Executive Summary of the Report.

Update on the implementation of Remote Operations Centre

As the Remote Operations Centre is developed, it will become a valuable training and educational resource for of the next generation of Race Control staff and Stewards. Its benefits will later extend to other FIA Championships and the wider international community of FIA National Sporting Authorities (ASNs).

The following is a summary of some of the key updates to the Sporting and Technical Regulations, approved by the World Council earlier this week via e-vote: