Bottas: I don’t really like watching myself on TV 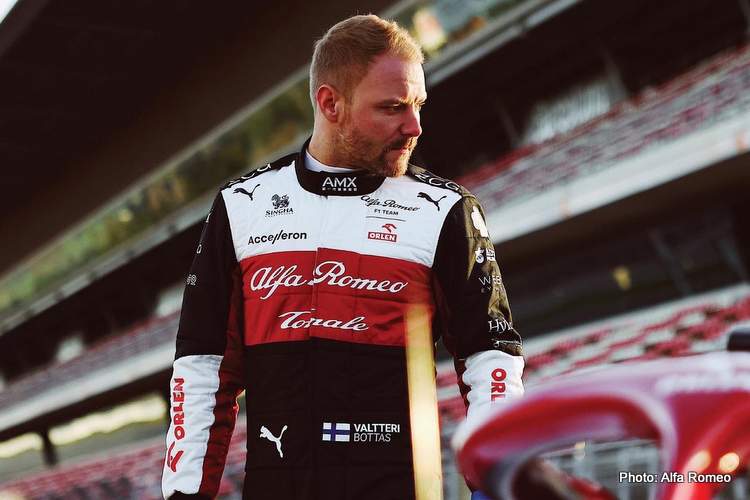 Valtteri Bottas revealed that he is yet to watch season four of Drive to Survive, as the Netflix series portrayed his last days with Mercedes, the Finn claiming he doesn’t like watching himself on TV.

Bottas was speaking to F1’s official website at the end of pre-season testing in Bahrain, and was asked of his opinion in the manner the series portrayed his exit from Mercedes and decision process.

“I haven’t seen any of that, so I don’t really know,” the Finn answered.

“Obviously, they take bits and pieces from different races and situations so I don’t really know exactly what you’re referring to, so I can’t really say much,” he added.

“Normally I don’t really like watching myself on TV…” Bottas maintained.

Drive to Survive premiered on Netflix on the second day of pre-season testing in Bahrain, March 11, the series receiving differently among drivers, with reigning Formula 1 World Champion Max Verstappen refusing to take part of it.

Sainz: Netflix went probably a step too far with Lando and me

Carlos Sainz thinks the series is good despite his reservations, as he feels his “bromance” with Lando Norris was not presented accurately, but believes the series are aware of the problem.

“I think in the case of Lando and I, I think it was pushed a bit too far and even all the fans that know Formula 1, that is a lot, realised that Netflix went probably a step too far with Lando and me,” he explained.

“But I do believe that Netflix know it and they are capable of correcting their judging mistakes and they will adapt and maybe make it a bit more realistic in that sense.

“But even with that mistake, I still believe that Netflix is good for the sport,” Sainz declared.

“I still believe Netflix is a good thing for myself and for the brand of Formula 1 and I’m going to still be featured in it if they want me to be in it.”

Norris: It can make you look like you said something which is definitely not correct

Lando Norris gave his impressions on Drive to Survive, and whilst he thinks it is exciting, he also feels that not all the content reflects what was really going on.

Norris discussed the episodes that cover him and his teammate Daniel Ricciardo saying: “From my side, it looks good, maybe not so much from the other side [Ricciardo] but there are obviously some comments here and there that may be out of place.

“When you’re the person it’s about you don’t agree with it so much because it can make you look like you said something in a time and place which is definitely not correct.”

Norris singled out an instance when the series showed him complaining the Ricciardo pushed him on track at one race, while the footage used from another.

“There’s a bit of me and Daniel going side by side in turn one when we’re not even close and I claim he pushes me off, which is from a completely different race,” he revealed.

“There are things which may be a bit too much like that and I don’t agree too much with it, but on the whole, I think it’s just exciting and good for everyone.

Despite everything said, Drive to Survive has been credited for increasing the exposure of F1 over the world, especially Stateside, with a huge increase in the number of fans who watched it, and took up interest in the sport.