Parce Ferme: With FIA’s VAR what do Stewards do now after lunch? 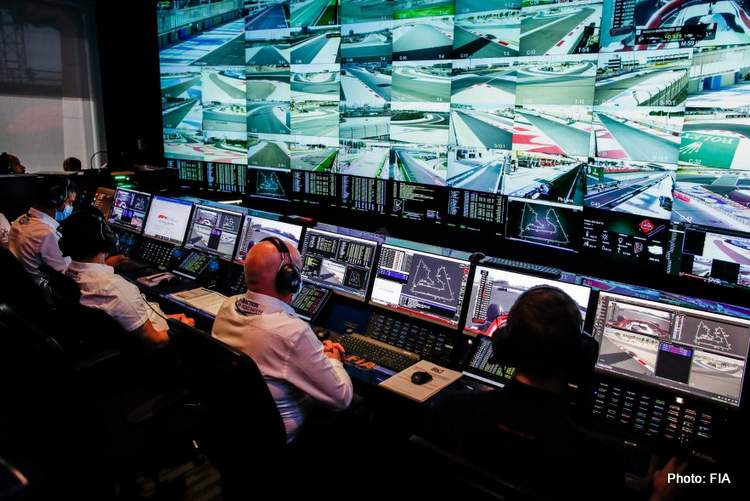 Broken record… Really? it just won’t go away. Like a tune that keeps on repeating in your head.  Toto Wolff bullied Michael Masi the fall guy, supposedly hypnotised by some ‘Svengali’ figure at Red Bull. Dennis Wheatley is his name I think…

Or was he the one who wrote all those satanic novels on witchcraft? Oh no sorry, it’s Jonathan Wheatley, that’s it. Based on recent speculation maybe they are related? Who knows? In fact who cares? Well, there’s the clue, someone does care or should I say, something…

I speculated at the beginning of the year Masi would be sacked as F1’s Race Director. Some seemed to interpret the opinion piece as an indictment of his honesty and that he was somehow corrupt. If I gave that impression, I’m sorry. It was never my intention.

He was only guilty of two things: delivering what the F1 and FIA “bosses” wanted and doing it somewhat cackhandedly (I think that’s a verb!)

And it’s the “bosses” (or should I say the real guilty party) who I believe are behind the constant story feed to the media. Why? Because if people are not convinced it was Masi, with a candlestick, in the Ballroom, they might start to ask who was it then?

The answer to which could prove very unpalatable for a sport looking to develop its gambling profile.

Once there it can then begin to evolve into fact. Better we believe that Masi was an innocent cajoled, seduced, or otherwise compelled to ensure Max Verstappen and Red Bull were favoured over Lewis Hamilton and Mercedes, as long as we accept he was a lone actor who free-wheeled with the rules.

On the basis, he has been replaced we only conclude that the FIA investigation will find the same.

In order to make sure this travesty is never repeated the FIA have instigated the concept of wearing two condoms instead of one. We now have an extensive cast of Race Directors, Under Race Directors, and the mysterious VAR… located somewhere deep in the bowels of the FIA.

This “being” will apparently be the embodiment of dispassionate judgement, dispensing the Motorsport equivalent of the justice of Solomon far from the madding crowd. But for me, this arrangement begs a few questions.

Firstly, what do the FIA Stewards do now after lunch?

In the past, they were actively involved in deciding penalties, in theory together with the Race Director.

I can’t see how they fit into the decision-making process anymore. I guess they will just be responsible for ensuring track safety, fairness in facility allocation and treatment, along with acting as a point of appeal. Wait a minute, that was what their job was meant to be in the first place.

My second question is within the new multi- referee system, who makes the final decision? Will we have to wait for a puff of papal smoke to know if there is a penalty or not. I suspect the ultimate arbiter on key decisions will the FIA’s VAR as it is in football although Race Director will act as the frontman.

I can see it now, the Race Director is about to announce his decision when a Vincent Price like voice booms in race Control. The officials inside become a quivering mass, awaiting the VAR to announce ‘His will”: