Wolff was “never worried” that Hamilton would retire 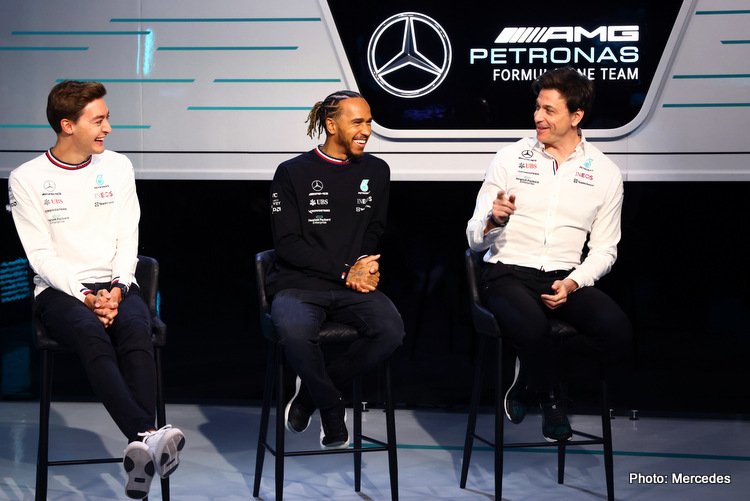 Mercedes team principal Toto Wolff has admitted he always had faith that Lewis Hamilton would be back to avenge last year’s defeat to Max Verstappen.

After the controversial 2021 Formula 1 World Championship finale Abu Dhabi Grand Prix, Mercedes lodged a protest in the wake of a chaotic race which they felt was “stolen” from them after it turned into a shambles under FIA Race Director Michael Masi.

Mercedes’ protest fell on deaf ears immediately after the race, and thereafter launched an appeal which they dropped the next week, but neither Wolff nor Hamilton attended the FIA Prize-giving, which the driver was obliged to do as per F1 rules.

Mercedes and Hamilton fans were outarged and to this day petition for the result to be reversed.

In December, after receiving his knighthood the week after Yas Marina, Hamilton went into silent mode while Wolff pushed the narrative that the seven time F1 world champion was considering his future in the sport.

The uncertainty spawning BS rumours of Aston Matin’s Sebastian Vettel being considered to replace the Briton and even ‘stories’ about Nyck de Vries going “for a seat fitting” at Brackley!

Nevertheless, the “will-he-or-won’t-he-return” script continued regarding Lewis’ future with Wolff, inadvertently or not, fuelling speculation when he told Speedweek: “I very much hope that we will see him again. He is the most important part of our sport. It would be a disgrace for the whole of Formula 1 if the best driver decided to quit because of outrageous decisions.”

However, today speaking to BBC Radio 4 on the occasion of the team’s 2022 Mercedes W13 launch, Wolff admitted no concrens about Hamilton returning or not: “I was never worried – although you have to respect the driver is disillusioned after such an event.

“We all were disillusioned because the stopwatch never lies and Lewis was clearly the best guy on track in Abu Dhabi, dominating the race, and then it is taken away by a single individual against all the rules so to digest that is very difficult.”

Wolff: The role of a Formula 1 race director is not easy

He continued: “Like all of us, there was an initial shock. We have never seen anything like that so he had to walk away, and free his mind and think about something else, and start to work on those events and find a solution.

On Radio 5 Wolff added that “it’s not something we will ever in a way recover from” and  denied Hamilton’s returnwas conditional on Masi being removed from the role of Race Director.

Asked if he was worried, the Mercedes boss said: “I have known Lewis for such a long time and I wasn’t [worried] but obviously this has had such an impact on him when everything about it was about fairness and justice and when that happens to you it is quite difficult to, I understand, to cope with that.”

Also from the launch Reuters report that FIA President Mohammed Ben Sulayem, unveiled a raft of changes to the sport’s refereeing procedures on Thursday.

These included the appointment of the experienced Niels Wittich and Eduardo Freitas to serve as alternating race directors, the setting up of a virtual race control room and a review of procedures governing how cars running a lap down unlap themselves behind the safety car.

F1 stalwart Herbie Blash is also set to return as a permanent senior advisor to the new race directors while broadcast of radio communication between teams and drivers will also be banned.

On the subject, Wolff commented: “Certainly the role of a race director is not easy. Now, with having two very experienced guys up there, that is good but the support structure that has been built around them is essential.

I believe that the last couple of years we have seen a little bit of freestyle in the interpretation of the regulations,” added the Mercedes team boss. (Additional Reporting by Reuters)